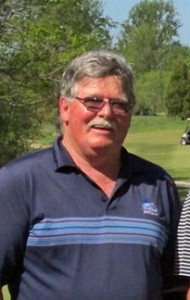 On Jan. 5, 2015, the day after his 61st birthday, Ted Anderson was diagnosed with Stage 4A throat cancer. Doctors found the tumor sitting on top of his voice box. Shortly after treatment started, the tumor grew over Ted’s airway and Ted had to have an emergency tracheotomy so he could breathe. Ted has undergone three rounds of chemotherapy and 38 radiation treatments. He has also undergone surgery for tooth removal and a stomach tube so he can be fed.

Everyone knows that Ted is always the first one to jump in and immediately organize a fundraiser when a friend or family is in need. On many occasions Ted has organized and led charity, benefit and memorial golf outings for others. There is now a group of people that will be returning the favor for Ted. Idlewild Golf Club, Sturgeon Bay, will host a golf outing on July 11, with all proceeds going to support Ted and his wife Sally financially as they battle the disease.

Any donation or support will have a big difference in helping Ted and Sally through these emotional and financially stressful times. An account has been set up at Baylake Bank under “Tee Up for Ted” or join the golf outing at Idlewild on July 11. Call 920.743.3334 for details.