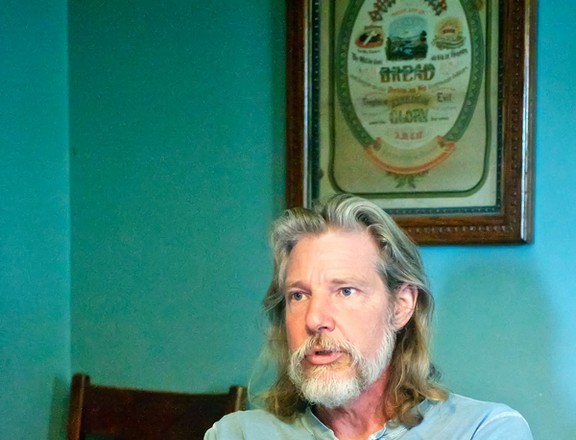 Lynn Utesch raises grass-fed beef. The child of a farmer has 25 mature cows, plus their offspring, all raised in pasture on his 150-acre Kewaunee County farm.

He doesn’t spread manure as larger farms do – it stays in the field where his cows leave it as they rotate among his fields every three to five days.

“We could probably have more animals, but we prefer to keep them where they’re at,” Utesch said. “It provides breathing room for the environment, and for the ups and downs of the weather. When I was a kid, that’s what dairy farming was.”

It’s an image of the type of farm most people wish their food came from, but our demands for cheap food in mass quantities (and legislation encouraging it) has pushed agriculture into big business. In the last decade that business roared into Kewaunee County, bringing with it a host of environmental issues.

For years, Lynn and his wife Nancy would meet on Friday mornings for coffee with friends Jim Olson and Dr. William Iwen.

“We’d talk about water quality issues and open-burning issues in Kewaunee County,” he said. “We’d always come to the conclusion that ‘somebody should do something about that,’ then we’d go home.”

Then his wife read an article that essentially called them out. “You, are somebody,” it said.

“We knew we had to be the somebodies to do something about it,” he said. “The Department of Natural Resources and local government weren’t doing anything about it. So we started getting people educated and informed about these issues – cladophora, open burning and, eventually, groundwater.”

They formed Kewaunee CARES (Citizens Advocating for Responsible Environmental Stewardship), with a mission to fight for clean air and water for the citizens of northeast Wisconsin. That was almost four years ago, and the group has succeeded in energizing a community to fight for groundwater security, predominantly for tighter regulation of large Confined Animal Feeding Operations, or CAFOs. Concrete results have been harder to come by.

“It’s moving in a better direction because far more people are educated and willing to speak up, but at the same time, the regulatory bodies that are supposed to be taking care of this at the state and federal level have done nothing,” Utesch said. “The livestock industry is still expanding.”

He knows a solution is not likely to come from the legislature.

“I don’t see anything on the legislative level to put control or deal with the groundwater or surface water issue at all,” Utesch said. “Politically they’re afraid of it.”

Utesch has found rewards in the struggle, if not dramatic action.

“Sometimes while reflecting on the changes in the last five years, through this process of losing our water, in many ways we found our community,” he said. “So many different individuals bring so much to the table and the discussion, and really care about our water and natural resources in Wisconsin.”