Why does a clean energy transition seem impossible? Let’s start with the basics of the climate change problem that 97 percent of climate scientists say, categorically, we need to fix:

Add to this the fact that 82 percent of the world’s energy still comes from those fossil fuels, and that much of the world will need more energy in the future, not less (2.7 billion people or seventeen percent of the world’s population don’t have electricity yet), and you begin to see why our plight seems intractable. The International Energy Agency (IEA) expects worldwide energy demand to grow by a third, virtually all in developing countries, and the default will often be to use fossil fuels unless alternatives are cheaper.

Yet, a clean energy transition also seems inevitable and offers the chance for a second industrial revolution. Despite the daunting challenge of pivoting the world to run on zero- and low-carbon energy sources, there are at least four reasons to think that just such a switch is not only possible, but inevitable. The real question is one of pace and will.

First, there is global agreement on the problem. The largest gathering of world leaders ever took place in in Paris in December 2015, where 195 countries adopted the first universal, legally binding, global climate deal. Only time will tell its ultimate impact, but the agreement is historic and eliminates one of the key arguments for inaction – “we shouldn’t act if other countries won’t” because this time all countries are “in.”

Second, the cost of renewable energy is rapidly declining. The wholesale price of solar photovoltaic (PV) panels has dropped by 99 percent since 1977 and wind has experienced a similar cost decline. These reductions explain why a recent survey of energy executives by KPMG Global Energy Institute found that 62 percent believe the United States will get half of its power from clean energy sources by 2045.

Third, consumers want clean energy. Energy executives know that cleaner energy has become big business. According to Advanced Energy Economy in Washington, D.C., the U.S. clean energy market grew 14 percent in 2014, five times the rate of the U.S. economy, making it now bigger than airlines, equal to pharmaceuticals, and almost as big as consumer electronics. And it’s not just individual consumers who are interested. In May 2016, some 60 U.S. companies, including Facebook, Microsoft, Walmart and General Motors, announced formation of a new Renewable Energy Buyers Alliance that will develop 60 GW of renewables by 2025 – enough capacity to replace all the U.S. coal-fired power plants expected to retire within the next four years. There isn’t room here to list all the cities and states that are taking similar actions, many setting goals of 30 to 100 percent renewable energy by mid-century or sooner, including Minnesota.

Fourth, the scale of the clean energy investment opportunity is unimaginably large and global.

There is a lot of money to be made. The IEA estimates the need for $2.8 trillion of investment in new energy supply for India alone by 2040. In the U.S. investment in three sectors – efficient building technologies, zero- and low-carbon electricity production and fuels, and new clean vehicles – will take more than $1 trillion of investment annually by 2050, according to an assessment by the “Deep Decarbonization Pathways Project.” India and the United States are just two of the 16 countries the Project has done similar assessments for thus far!

So in the end, shifting to a clean energy economy is not about whether it’s profitable (it is) or technically possible (it is), but rather about how badly we want it and how fast we can make it happen. It’s the opportunity of several lifetimes. I say we take it. 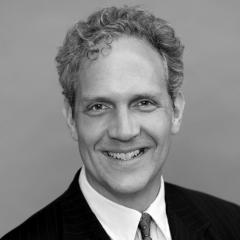 Rolf Nordstrom is president and CEO of the Great Plains Institute (GPI). Rolf has nearly 30 years of experience in energy and sustainable development policy and practice in both governmental and nonprofit settings in the U.S. and abroad. Rolf currently leads an initiative to better align how utilities earn revenue with evolving customer demands and public policy goals. For much of his career Rolf has worked to broker agreement among disparate interests on difficult public policy issues. He has an undergraduate degree from Carleton College and a master’s degree in International Environmental Policy from Tufts University.

The Climate Corner is a monthly column featuring a variety of writers from around the state and Door County addressing various aspects of the challenges and opportunities climate change presents. The Corner is sponsored by the Climate Change Coalition of Door County, which is dedicated to “helping to keep our planet a cool place to live.” The Coalition is always open to new members and ideas. Contact the Coalition at [email protected].