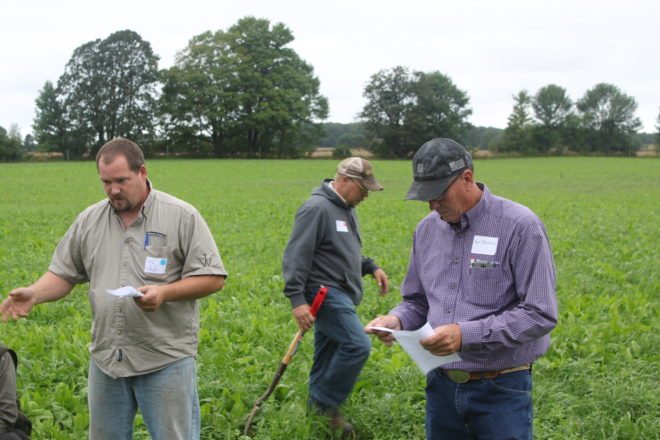 At a workshop held at Waseda Farms on Sept. 13, farm manager Chris Schuh explained how his team cultivates pastures that provide better quality soil and better quality beef. A group of nearly 50 attendees from farms across the state gathered to hear Schuh and other seed, grazing and soil experts discuss their methods and philosophy for grazing for both dairy and beef. The key to healthy soil and, in turn, healthy beef, is diversity. 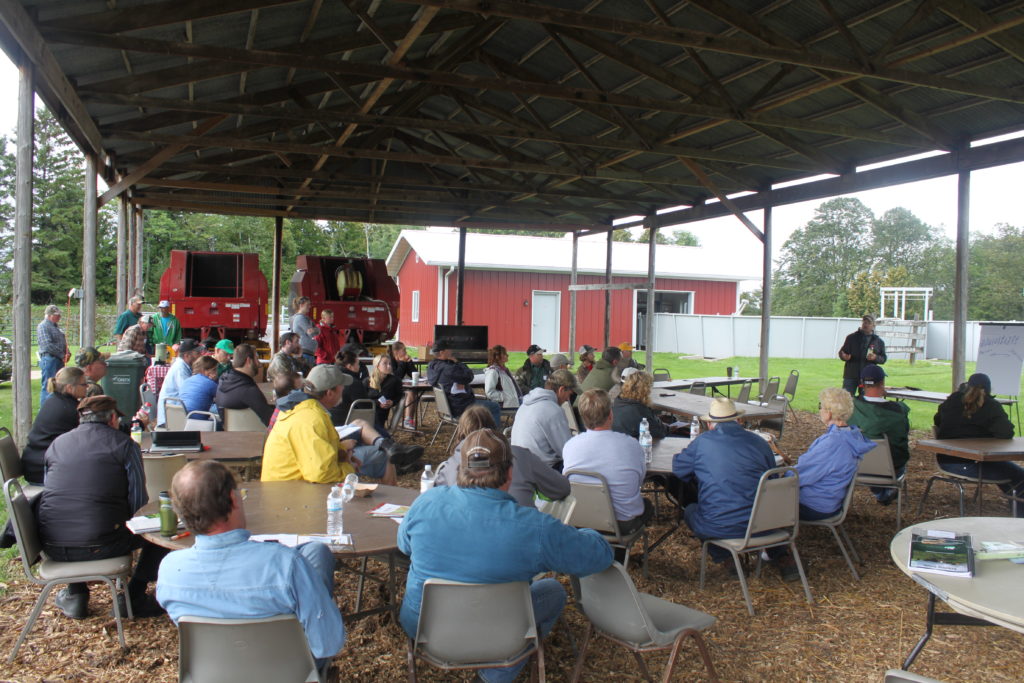 “Most of what is seeded here now is a very diverse mix of grasses and clovers,” said Karl Dallefeld of Prairie Creek Seed in Cascade, Iowa. Dallefeld provides some of the seed used at Waseda, whose pastures sprout around 20 different varieties of grasses. “If we’re grazing, it doesn’t matter if we’re trying to produce beef or we’re trying to produce milk. The more diversity we have, the better the forage quality and the longer it maintains that quality.”

At Waseda, Schuh uses a blend of the Dallefeld’s seed and his own blend in pursuit of a soil content that not only keeps the animals happy, but also keeps the pasture healthy.

When a grass digs its roots into the soil, it pulls up nutrients in order to grow. When cows eat those grasses, they are eating the nutrients that would otherwise be inaccessible in the soil. A single plant such as alfalfa or red clover has certain characteristics that bring forth the certain types of nutrients. By diversifying the type of grasses used in a pasture, a diverse plate of nutrients is brought to the surface for cows to eat. It’s the difference between eating a single food item or dozens of foods from each corner of the grocery store.

The biggest concern for switching from corn-fed to grass-fed is in finding enough energy in grasses to make up for the calorie-heavy grains.

Digestibility is the amount of energy taken from whatever is consumed. If you eat potato skins, your body won’t be able to break them down very well and you won’t get much caloric energy from them. The same concept of indigestibility applies to cows. If a pasture can maximize the amount of grasses that can actually be converted to energy for cows, they won’t miss grains as much.

“We’re looking for plants that are both high in soluble fiber but also high in digestibility,” said Dallefeld. “That’s why we don’t use a lot of alfalfa in grass-fed rations because we don’t have enough digestibility in that fiber content.”

After almost eight years of soil testing and experimentation, Waseda is just starting to find the right blends that provide the healthiest pastures.

“We try to make all of our hay fields and all of our rations in the same blend. I don’t like changing diets. I try to keep it identical year round,” said Schuh.

Standing in one of the pastures, different species of grasses litter the floor after a morning rain. Ben Bartlett of Midwestern BioAg drives a shovel into the ground and pulls up roots covered in clumpy soil. People gather round and watch as the soil crumbles in his hands. A few years ago, after a morning rain, that soil would be mud and the grasses would barely reach the ankles. With better soil and better grasses, Waseda is able to hold onto everything that it puts into the ground.

“It’s to capture all the water and all the nutrients that we can,” said Schuh about the farm’s goal of becoming self-sustaining.

When grasses can’t pull enough nutrients from the soil to thrive, farmers have to pay for expensive fertilizers to cover that gap. More importantly for Door County, healthy soil can also hold onto more water. In a place with very shallow soils, when rainwater can quickly enter the groundwater aquifer unfiltered, the ability for soil to grab onto water can save the area from unwanted groundwater contaminants.

“If I’m doing my job right, I’ll put myself out of a job,” said Bartlett, whose company sells fertilizers and seeds.

Schuh estimates that it will be another 10 years before Waseda’s pastures are where he wants them to be. But most in attendance, from amateurs to experienced grazers, looked upon the perennial pastures and listened to the endless list of grass varieties thriving under their feet with envy.