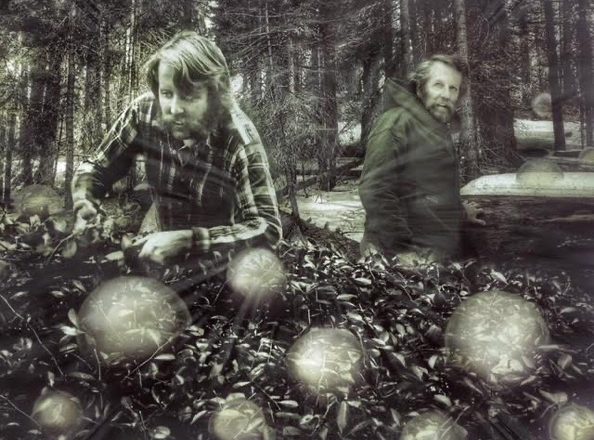 The Door Prize for Portraiture – the annual portrait show that Cheryl Stidwell Parker has run for that past 10 years – will look a little different during its 11th run. For one thing, its date has moved from just after the summer solstice to Aug. 29-30. For another, it won’t have any food or wine. And, of course, it will require masks and social distancing.

Parker created the show and has largely funded it herself, although she collects a $20 fee from entrants to cover some costs such as printing the mailer and paying the juror. The selection process is very personal.

“I have to know you and like your work,” she explained at the show’s locale, Chez Cheryl Artspace on High Plateau Road in Baileys Harbor. Once her residence, the space now serves as her studio, an occasional guest house, and for a few days each summer, a portrait gallery.

Because it’s primarily a one-person operation – with assistance from her husband, Steve Lavell – Parker doesn’t have the capacity to open up entries to the wider public, a limitation that has become part of the show’s charm.

The exhibit typically includes 20 to 30 artists – many of them well-known Door County names such as Rick Brawner, Sally Everhardus, Lynn Gilchrist, Emmett Johns, Michael Nitsch, Hermke Timm and Liz Maltman. But she said she also finds new exhibitors – six or seven this year.

“I just run into people, or people come here and want to talk with me,” Parker said. “I was at the Fairfield [a gallery on Third and Michigan in Sturgeon Bay that flourished for several years during the mid-2000s], and I met a lot of people. I network, and I’m lucky to be in Door County, and I have a lot of friends.”

The only money the exhibit generates is when it facilitates a sale and receives a 30 percent commission. Mostly, though, it’s about gathering good art, great artists and their friends, and having a party.

“People love the show, and a few have even written poems about it,” Parker said.

The judge this year will be Elysia Michaelsen, director of education programs at Peninsula School of Art in Fish Creek. In typical fashion, Parker met her through participating in critiques that the art school runs on the first Friday of each month – originally in person at the school, but now via Zoom. Michaelsen will select Best in Show and three honorable mentions.

“Portraiture is an important – if not the most important – genre in the history of art,” Michaelsen said. “Within today’s art world, that’s not always a popular opinion. Some believe portraiture does not have a place in contemporary art – that it is too conservative, passé. Yet, despite all that has been thrown at portraiture, it has lasting power.”

Parker is encouraged by developments in portraiture over the years.

“Some people are really challenging themselves and getting away from the idea of a traditional portrait.

“David Franke [who exhibits at Idea Gallery in Jacksonport] uses found objects, including rust, glass eyeballs and chunks of wood. Cynthia Wolfe has developed digital collage. I have seen more digital coming in, and the show has more photography than it used to.

“Kristi Roenning shows an abstract Asian influence and did a very interesting portrait in tonal gradations with minimal color and minimal imagery, but still recognizably a person.”

Lynn Gilchrist is doing an accordion book with ink drawings and the story of her life during the last three months, starting in March when the pandemic intervened. Parker said it’s almost a graphic novel.

Parker got the idea for a portraiture show from the Archibald Prize in Australia, where she made extended visits with her husband, Steve Lavell of Sydney, from 2003 to 2008. The idea sparked her imagination and led to the Door County version. Portraits from the annual Archibald exhibit were sent on traveling shows to towns and cities around Australia.

“In the 75-plus years the exhibit has been running, there have been over 14,000 entries, seen by millions,” Parker said during a speech she prepared for the 2016 Door Prize for Portraiture show, held at Sturgeon Bay’s Miller Art Gallery.

She concluded that 2016 presentation by saying: “What does a portrait reveal? How much does it tell us about the subject, or about ourselves and our own attitudes? What is the line between private and public? How have technology and history played into the way we present ourselves to others?

“Baudelaire said in 1859 [that] ‘a good portrait is dramatized biography,’ and ‘a portrait can be understood as history or as a novel – it’s a battle between convention and expression.’ I think this holds true into the 21st century. Consider these aspects as you journey through this exhibition.”