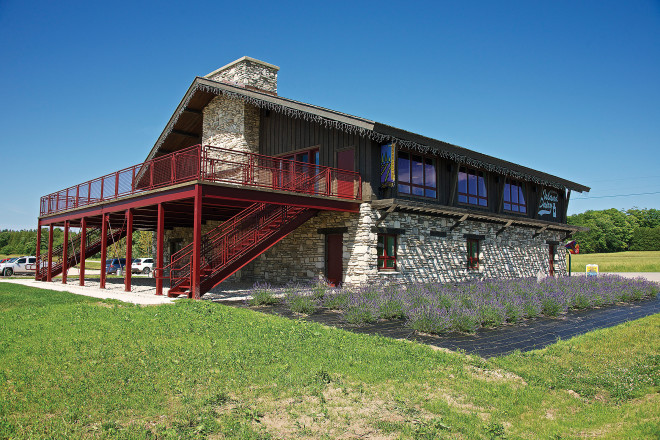 When Door County’s population rises and falls with the changing seasons, buildings go from jam-packed to near empty. On Washington Island, Scott Sonoc said that trend is even more exaggerated, with six busy weeks followed by almost a year of quiet island solitude.

That’s why every island building has to wear many hats. 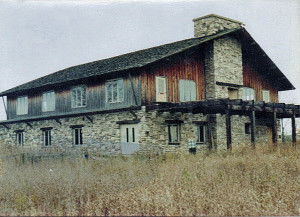 “Many buildings do serve a lot of different purposes – the liquor store is the shoe store or the hat store – and you really have to do that because of the changing populations on the island,” Sonoc said. “It really has to change and adapt.”

That was Sonoc’s vision for the newly remodeled Historic Island Dairy, which he purchased three years ago with his wife Marsha Williams. When they bought the building it was dilapidated and had been abandoned for 40 years. The old dairy sat lifeless in the center of Washington Island, a building that told the story of the community’s past but had yet to be woven into its future.

Until Sonoc and Williams took over. They spent two years remodeling the building to make it a hub for community events. They wanted to make a place that everyone could use, that would provide space for local entrepreneurs to build on their ideas and would tell some of the island history.

“It was a building that needed to be brought back, and we have the ability to do that,” Williams said. “For so many years it sat so vacant and so in need of some TLC, and we thought [renovating] it would be a good thing to do.” 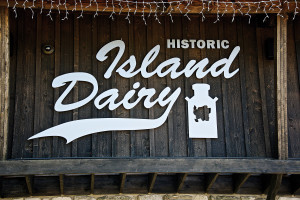 According to the plaque outside the building, with information compiled by Lorel Gordon, the dairy was built in 1916, back when a butter-maker’s wages were $75 a month, and was cooperatively owned by the island’s dairy farmers. The farmers would bring their milk to the dairy and share the processing equipment. Every year in the 1950s, one million pounds of milk went into that dairy and 100,000 pounds of cheese went out.

A succession of cheesemakers owned the dairy between the 1940s and ’50s, and in 1959 a group of 12 island dairy farmers formed another cooperative to take over the facility. They made cheese, cream, butter and bottled milk, and they saw a good profit until 1967, when shipping milk in tanker trucks instead of cans changed the industry. As a result, the dairy was sold in 1968 for $8,000. It was used as personal storage for much of the next 40 years.

Then last year it was re-opened in its new form:  a renovated historic building, now home to two commercial kitchens, an art gallery, a lavender farm and shop, a banquet space and an exhibit on Washington Island history. 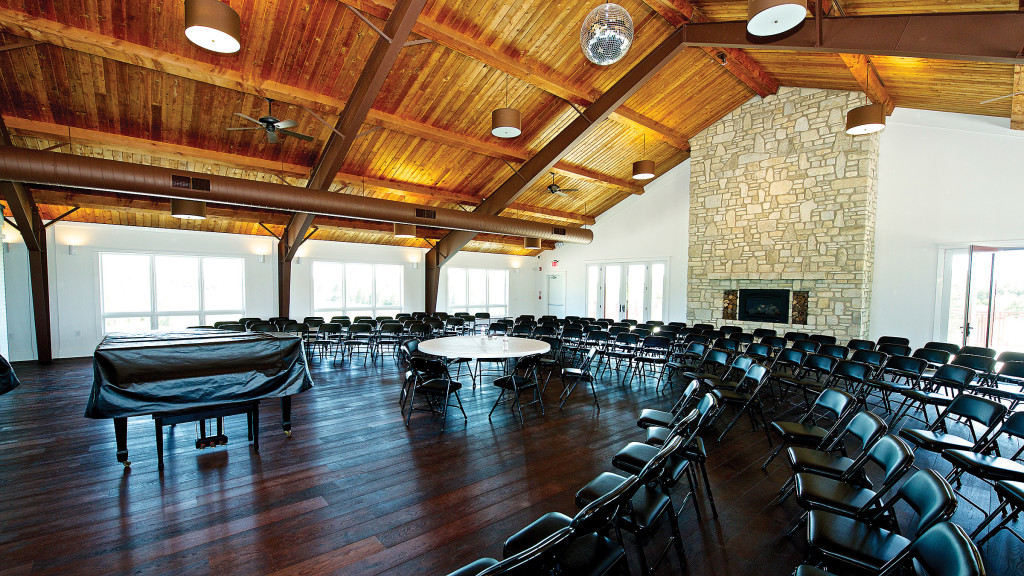 “It’s flexible,” Sonoc said. “It has to be able to be decorated for a high school dance and then accept people dressed up for a classical music concert.”

There’s no mistaking The Lavender Shop at Fragrant Isle when you walk into the Historic Island Dairy. The soft scent of those purple flowers fills the whole building, and it’s almost impossible not to stop in to sniff the lavender cooking, home and body products or taste the lavender gelato.

Two fields of lavender are planted outside the dairy, plus more planted around the island, and next year the plants will bloom in lush, purple rows and be ready to be picked fresh or processed into Fragrant Isle products. 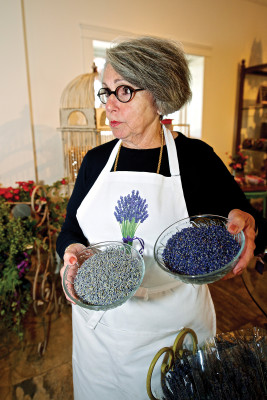 “We feel this is an important industry being created in the Door County area,” said Edgar Anderson, one of the Fragrant Isle owners.

The idea to build a lavender farm on Washington Island came from Anderson’s wife Martine Anderson, who was born in southern France. She loved France’s lavender fields, and wanted to bring them to her new home on Washington Island. It turned out that the island is the perfect place to grow lavender, with its microclimate that’s usually 10 degrees cooler than the mainland in the summer and 10 degrees warmer than the mainland in the winter, and its unique soil that’s just right for lavender. The crop is perennial, isn’t invasive and isn’t food for deer.

Plus, it smells, tastes and feels great.

“It’s a scent not a lot of people don’t like,” said part-owner Helene Meyer.

Unfortunately there isn’t any cheese or ale at this gallery, but there is some beautiful art. This summer’s featured artist was Rodger Bechtold, a plein air artist who’s created beautiful pieces of work in Door County and around the Midwest.

“We want to be able to show island artists and we get a lot of visitors,” Williams said. “We really want to highlight the talent on the island.” 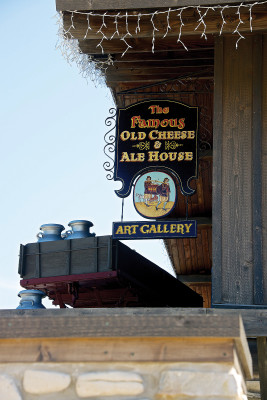 “We thought it would be very cool to create a timeline,” Williams said. “It was fun to do all the research. As we get more historical things we’d like to continue to add to this exhibit.”

There are two commercial kitchens in the Historic Island Dairy, one located downstairs and one upstairs tucked behind a sliding paneled door in the banquet space. The kitchens are licensed so they can be used by anyone who wants to prepare and sell foods or cater an event.

A beautiful back porch looking over the lavender fields is always open to the public, and provides the perfect space to take in the crisp Washington Island air.