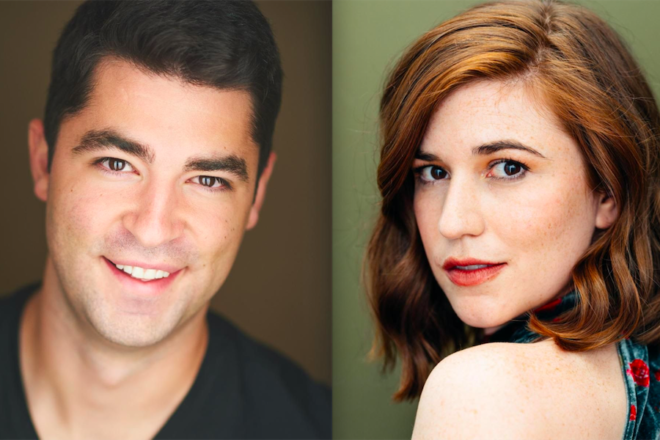 Rehearsals for the contemporary musical The Last Five Years – the next production at Third Avenue PlayWorks (TAP) – are nearly complete. The show will open with a pay-what-you-will preview Aug. 7 and run through Sept. 11.

The Last Five Years by Jason Robert Brown is an emotional tour de force as it tells its story in 14 songs and in an unconventional way: Jamie (played by Collin O’Connor) tells the story in forward chronological order, and Cathy (Allie Babich) tells it in reverse. They meet once in the middle of the timeline as they pass by each other.

The show is on stage Wednesday-Saturday, 7:30 pm, and Sunday, 2 pm. A pay-what-you-will preview is scheduled for Aug. 7; a final ticketed preview is set for Aug. 10; and opening night is Aug. 11. Tickets are available at thirdavenueplayworks.org or by calling 920.743.1760. Volunteers are needed to serve as ushers and to sell concessions.