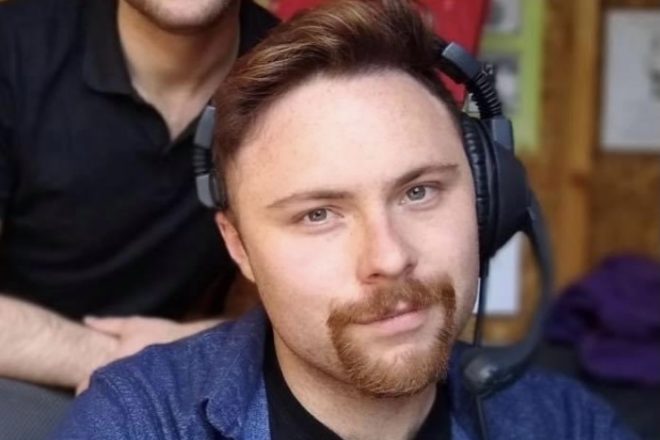 Bringing the Stage to Life

Bryce Foster has a fear of heights. To overcome that fear, he hoisted himself 40 feet into the air, up onto the catwalk of his high school theater in Aurora, Colorado, leaned out over the open area above the stage, and started hanging lights.

Lighting wasn’t Foster’s introduction to technical theater – he had helped to construct and paint sets for a middle school production of The Chronicles of Narnia – but his work backstage grew more elaborate throughout high school, and he went on to major in theatrical design at the University of Northern Colorado.

“One of the biggest seasons in theater is called summer stocks, especially for college kids,” Foster said.

Summer stock theater comes from the tradition of performing only during the summer, often using stock sets or properties, and it’s sometimes seen as an entry point for young actors and technicians to find work during summer breaks from college. Foster started looking for work during his sophomore year in 2014, and he knew he wanted to work at an outdoor theater. When he discovered Northern Sky Theater, though, he had reservations.

“I didn’t know if I wanted to spend my summer in Wisconsin, but maybe it’d be really cool,” Foster said. “Then I landed in Door County and realized this place is beautiful. Oh, my God, this is a small vacation, and I get to have such a fun time working at an outdoor theater.”

Foster’s first summer working as a lighting technician and master electrician at Northern Sky was eventful. He remembers dealing with animals – running away from racoons backstage after the show – and working with power outages on the fly. Despite the challenges, he enjoyed his time with Northern Sky so much that he spent the next four summers working there at night, and filling out his days at Good Eggs in Ephraim.

Foster went on to do some work for the Kansas City Repertory Theatre while he was pursuing a master’s degree in lighting design, and he had plans to return to Northern Sky for the 2020 season before the pandemic changed those plans.

When Foster wasn’t strapped into a harness hanging lights in the trees at the theater in Peninsula State Park, he was doing the lighting design for shows, including Dairy Heirs.

When starting any project, Foster begins by refreshing himself on the principles of lighting. Illumination is lighting the stage. Location is using lighting to create the atmosphere and location where the play is set. Creating mood and rhythm are using lighting to amp up the music.

“There’s a difference between lighting the stage and creating an environment that the actors can walk into,” Foster said.

When he first reads a script, he seeks to understand the setting and the number of locations. From there, he takes notes on the director’s blocking – where the actors are moving on stage – and gets a feel for the music and how he can amplify both the music and the movement on stage.

Next, Foster starts looking at color.

“For Dairy Heirs, I really wanted a lot of nice orange sunset colors, and nighttime colors, because we spend half of the show outside on a porch,” he said. “The rest of the colors are fun colors that could be used as a splash during songs.” When two characters fell in love, for example, he hung two extra lights to create a pink wash on stage. This emotional storytelling and heightened realism come through in all of Foster’s designs.

“My passion is to take a bare-bones show with no atmosphere around it and to amplify it,” Foster said. “I’ve learned from many years how much lighting design can bring a stage to life.”

When designing for a musical, he uses lighting techniques that an audience might see at a concert – colors that enhance the mood and storytelling of the song – but he may also create movement or changes in the lights to accentuate the drumbeat.

Working outdoors has its challenges, and Foster must keep certain variables in mind at Northern Sky. Some challenges are technical. For instance, not all devices are waterproof, but all of his equipment must be if it’s to be used outside. This forces him to be creative about how many fixtures he can have.

Working outside can be physically challenging as well.

“Never have I ever, at any other theater, hung lights from a telephone pole,” Foster said.

He also takes the time of day into consideration when designing his shows, which isn’t something he would need to think about indoors.

“We do a 6 o’clock show and an 8 o’clock show, and unfortunately, they are very different,” Foster said. “The sun hasn’t set yet at 6 o’clock, so I’ll usually go back and create a separate version of the lighting design, where everything is 20% brighter, or more dramatic.”

Foster has to take the sun into consideration in other ways, too. Normally anything that isn’t lit on stage would be nearly or completely in the dark. It’s easy to isolate a character with a spotlight or emphasize one part of the stage versus another by leaving part of it in darkness, but this is much harder to achieve in daylight. It’s also impossible to use one of theater’s greatest lighting effects – the blackout – outdoors.

So how does an outdoor theater do a scene change without a blackout?

“For a lot of our patrons seeing shows at Northern Sky or up in Door County, it’s their first time ever seeing theater,” Foster said. “It’s actually really good [for us] because we can start from ground zero and say, ‘OK, here’s our rules.’ Usually the audience just accepts [it]: ‘Oh, we’re changing location.’”

Despite all of the challenges, Foster loves working at an outdoor theater and being close to nature.

“Sometimes it’s gritty; sometimes we got soaked,” Foster said, “but I’ve never had another experience like it at another theater, and it’s probably why I keep coming back to it.”