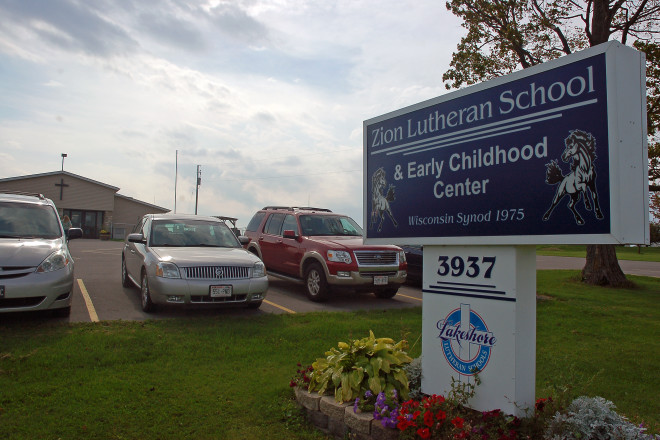 On a recent September school day, a beautiful and mysterious-sounding music of tone chimes emanated from the Upper Room of 5th through 8th grade students, while down at the far end of the hall, the kindergartners were singing with enough gusto to be easily heard in the hallway.

It’s just another day at Zion Lutheran School & Early Childhood Center at 3927 County V in the Town of Egg Harbor, which celebrates its 40th year with this school year.

“There wasn’t a Lutheran school in the area, so different members decided back in 1975 that we needed a parochial school. It was a need that the children would hear the word of God,” said Cherie Krowas, whose four adult children attended the school. She has worked as the school secretary since 1995. “It was a lot of older members of the congregation who are gone now who felt there was a need to have a school, and they all helped to build it.” 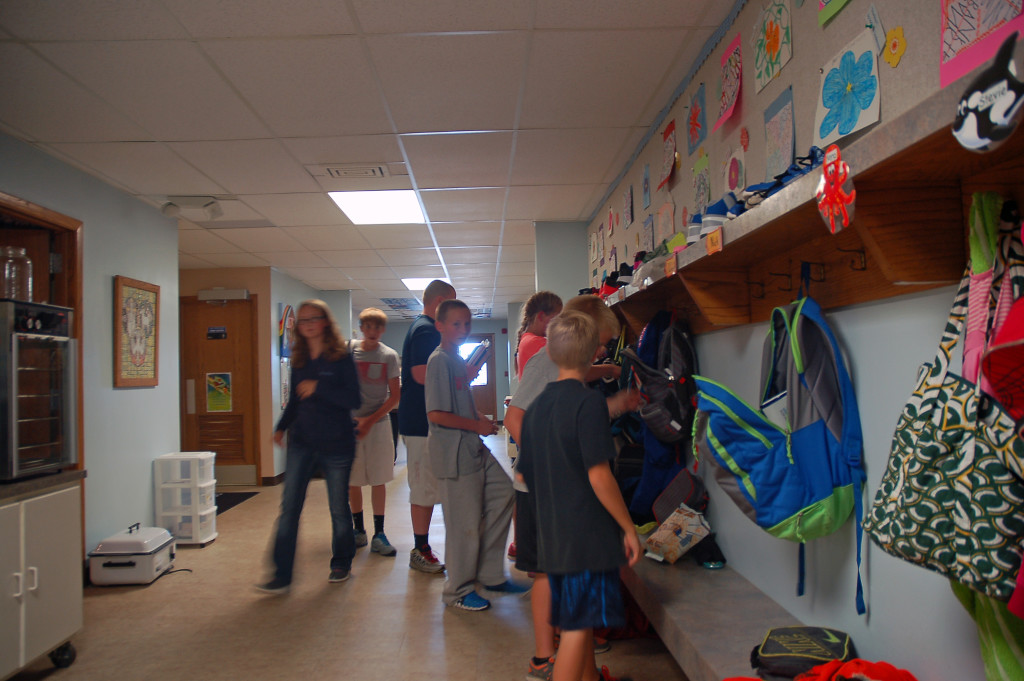 The first year of school was kindergarten through 7th grade, and classes were held in the Parish Hall of Zion Lutheran Church on County T in West Jacksonport, until 1981 when the school was built on County V.

“When it was built, a lot of the congregation members would come over and help do things on the school so you could kind of keep the costs down,” Krowas said, adding that the congregation continues to support the school, even with a dwindling enrollment.

“It’s all supported pretty much within our congregation [of 200 or so members]. We’re self-sufficient, I would say,” Krowas said.

Earlier in its history, the school had an enrollment of 40-some students.

“Back then, there were families that had five, six kids. Now you don’t have that anymore, so now it’s dwindling,” Krowas said.

Total enrollment in all grades is 21, and Krowas said that has been steady of late. In 2011 the school opened the Early Childhood Center (ECC), which has 29 young ones. It has been so successful that the congregation is raising money for a separate but connected ECC space in the coming year.

“We’re hoping that with the daycare, even if they aren’t from our congregation, they will see what we’re doing here and continue on,” Krowas said.

Betsy Ploor is director of the ECC. She is also a graduate of Zion Lutheran School, and has four children in the various programs, from ECC to 8th grade.

“I had a lot of good experiences. I got lots of extra help. If I needed help, you got one-on-one,” Ploor said of her experience at the school.

She went on to Sevastopol High School with one of her Zion classmates.

“For myself it was a little bit harder because I was quiet, but I had siblings that had no problems,” she said about transitioning to public school.

She also points out that Zion has had many students go on to various Door County high schools to earn high academic honors. 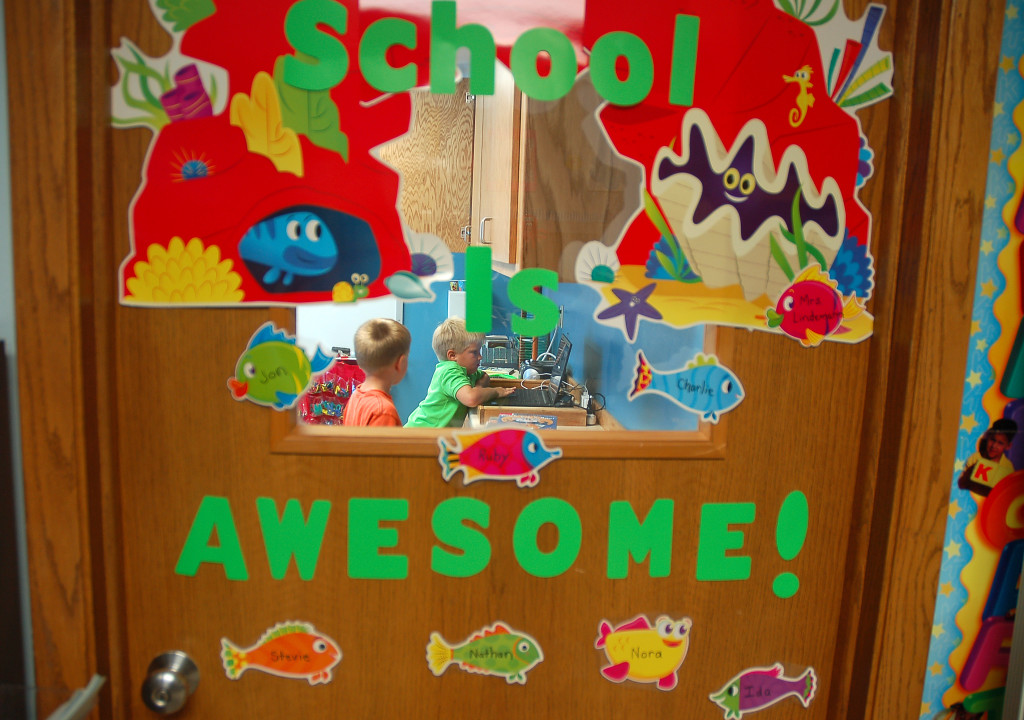 Krowas adds that the students also have team sport opportunities like any other school.

“Sure our teams are small and co-ed, but we offer basketball, soccer, volleyball, softball,” she said. “There’s a Lutheran school in Marinette and they do a track and field day. So they still have all of that. It builds character for them in sports. We’re always on the losing side, but they learn how to lose and they have fun. It’s not always about winning.”

“This is our second home,” Ploor said of the school. “It’s like a big family here.”

“And it always has been,” Krowas said. “Being a smaller school we don’t hire a janitor. In the beginning of the year when you register, you sign up for five weeks to clean the school. That’s been the way since the beginning. It’s usually two families that get together and do it. Come on a Friday after school. When you’re done with your weeks, you bring snacks and make it fun. That way the parents know what’s going on and how things are being taken care of.”

Kris Lindemann is the 4K teacher. She is the wife of Pastor Peter Lindemann, who has served at Zion Lutheran Church for 19 years.

The 1st-4th grade teacher is Erin Achey and the 5th-8th grade teacher is Kyle Krause, who also serves as principal. They are both in their third year of teaching at Zion, and both are graduates of Martin Luther College in New Ulm, Minn.

“That’s where our teachers go for our Synod. If we do need a teacher, we’ll go to the school and get a graduate,” Krowas said.

Both teachers live in church-built hosing right next to the school.

“The congregation recognized that it would be hard to find teachers without housing,” Krowas said.

“We have a strong enough congregation that thinks this school is important,” Ploor added.