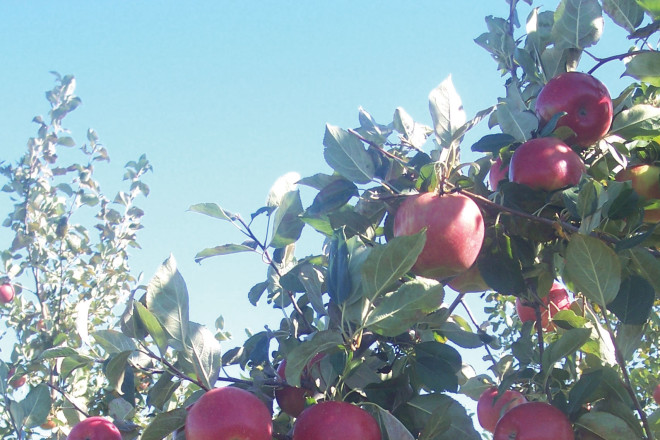 Frequents of local fruit stands may have tasted the crisp, clean flavor of a Honeycrisp apple or the sweet-tart blend of a SweeTango apple, but their little-known histories provide a new look into an age-old industry.

Developed at the University of Minnesota in 1960, the Honeycrisp apple brought new life into the struggling apple-growing industry. With its crunchy, yet juicy texture and great flavor, the apple keeps people coming back for more.

Door County Agriculture Agent Dean Volenberg said while the apple is good, its popularity is largely driven by consumer demand. For years, the McIntosh variety held the taste buds of apple lovers before Honeycrisp came along.

“Now basically what you’ve seen is McIntosh has been slowly pushed out of the market, and those orchards are now growing Honeycrisp,” Volenberg said.

In addition to its texture and flavor, the Honeycrisp has a longer storage life than the McIntosh. Volenberg said more time on the shelf gives growers a longer window to sell or store the apple, extending their season.

Following on the success of the Honeycrisp is a new variety known as SweeTango. Also developed at the University of Minnesota, SweeTango is an offspring of Honeycrisp and another apple variety known as Zestar!. One bite garners the taster with both sweet and tart flavors, which sets it apart from its already unique parentage.

“I don’t think I’ve ever had an apple where I can taste the sweet and the tart at the same time,” Steve Wood of Wood Orchard said.

Personally, Volenberg said he would choose SweeTango over Honeycrisp. “I like SweeTango better because it’s a tarter apple,” he said. “Honeycrisp has more sweet water, but when you bite into it, it explodes where SweeTango is more of a denser apple.” 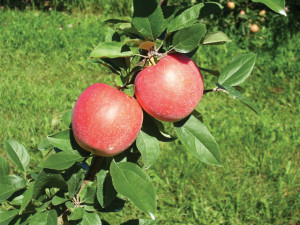 Finding this new variety may prove challenging, since the University of Minnesota holds a patent and a copyright on the apple, Wood said. This means growers outside Minnesota must join the Next Big Thing growers cooperative and be licensed to grow the apple.

The licensing is a main difference between Honeycrisp and SweeTango. The University of Minnesota did not license Honeycrisp production, meaning the delectable variety can be found all over the country.

Wood Orchard is the only grower in the state of Wisconsin licensed to produce SweeTango apples, and Wood added that only 45 growers total are licensed across the United States.

Volenberg said the idea behind the SweeTango growers cooperative was to control the market, rather than flood it.

“Honeycrisp was released to the general public. Now Honeycrisp is grown all over…New Zealand even,” he said. “One of the ideas in the apple industry is that they’d grow club varieties [which are] only released to people who buy into this licensing agreement.”

A major benefit of the SweeTango is when it ripens. Volenberg said typically Honeycrisp apples ripen around the middle of September, but starting around Labor Day people already crave a good apple. SweeTango apples ripen about two weeks faster than Honeycrisp, lengthening the season so those visiting the county on Labor Day weekend can satisfy their palettes. 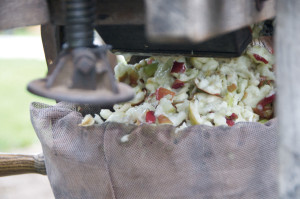 The six original farm buildings on the three-acre grounds play host to a slew of events throughout the season that bring old island farming ways to life, including an annual cider pressing party. This year’s party will be held on October 8th and 9th. 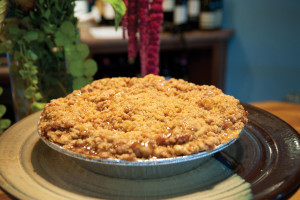 The Cookery restaurant in Fish Creek has always had a reputation for delectable bakery, and since rebuilding after a fire in 2008, the business is also developing a reputation for its sustainable practices. Karin Skare – whose parents Dick and Carol purchased the restaurant (then called the Blue Willow Cafe) in 1977 when on their honeymoon in Door County – combines the two practices as she bakes a caramel apple pie from scratch with local apples. This fall, the caramel apple pie is sure to be just one of the tasty, local creations featured on the restaurant’s menu.