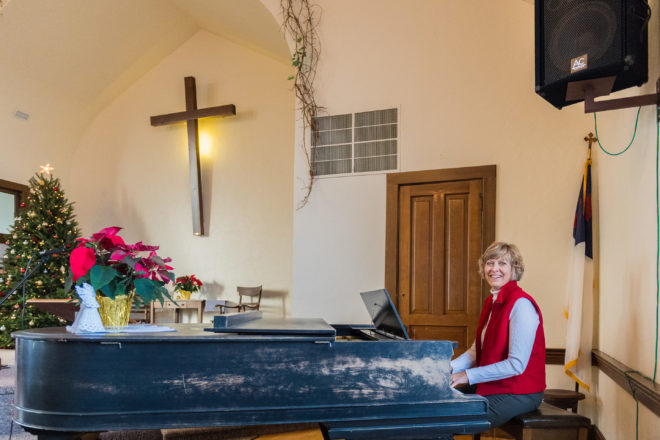 It’s not unusual for several towns to claim a “favorite son” who becomes prominent in business, athletics, politics or show business. (My hometown of Marceline, Mo., for instance, is proud to be “the boyhood home of Walt Disney,” even though he lived there only from ages five to nine. No problem, though. Walt spoke often of the influence the town had on his career and came back many times to visit.)

It is perhaps more unusual for three towns to claim to be the place where a famous song was written and/or first performed. The song is “The Old Rugged Cross,” consistently ranked as the most beloved Christian hymn throughout the 1900s, including for servicemen in WWII. There is no doubt about who wrote it; the question is where.

Both the tune and words were the work of the Rev. George Bennard. The son of a coal miner who died young, George had hoped to enter the ministry, but went to work in the mines in western Illinois at 16 to support his mother and four younger sisters. In his early 20s, he walked five miles to attend a Salvation Army meeting, where he committed his life to Christ. Soon afterward, he married and the couple served in The Salvation Army for nearly a decade. 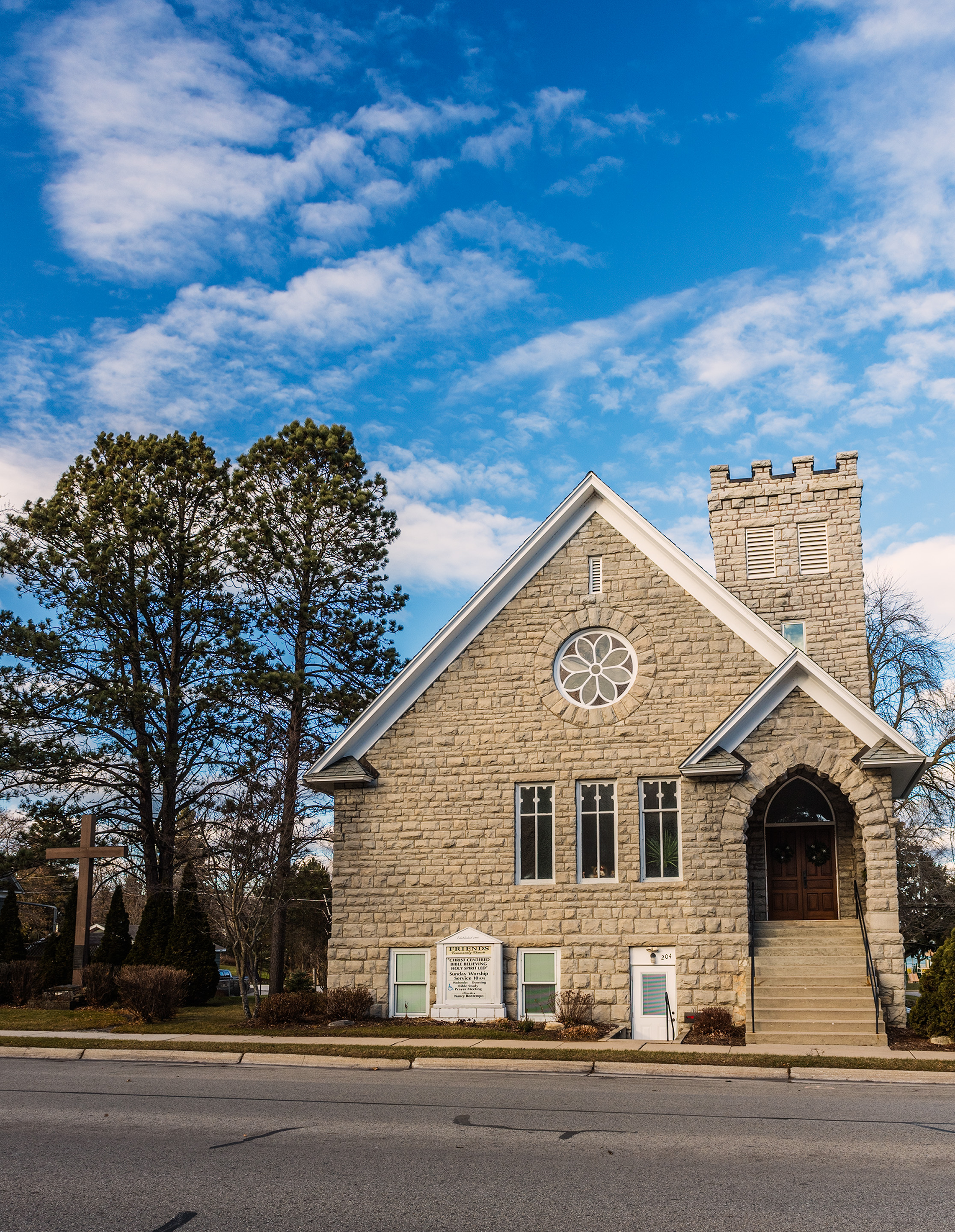 Later he was ordained by the Methodist Episcopal Church and became well known as a traveling evangelist. And here begins the convoluted tale of the origin of “The Old Rugged Cross.”

There seems to be evidence that Rev. Bennard wrote the first verse of the hymn and the original version of the chorus (words he later described as “imperfect”) at Albion, Michigan. He wrote a letter on June 2, 1958 (just four months before his death) saying that he was inspired to begin the hymn in Albion, “but finished it elsewhere during his travels.”

However, it’s also recorded that he told a close friend, the Rev. Fred Smith, that he had begun the song in Marion, Michigan. The claim from Albion continues that Bennard completed the hymn in 1913 in the parsonage of the Rev. and Mrs. Leroy Bostwick in Pokagon, Michigan. He sang it to them in their kitchen; they were moved to tears and incorporated the song in a revival service on June 7, 1913.

The letter mentioned above does say that the song was introduced at special meetings of a Methodist Episcopal congregation, meeting in an old hops barn in Pokagon on June 7, 1913, the first occasion where it was heard before it was sung at the Chicago Evangelistic Institute.

Albion has a decades-old historic marker on the site where the first verse and chorus were written, across the street from Albion College. In Pokagon, the Old Rugged Cross Foundation, Inc. was formed in 1998 to restore the original little church/hops barn that had reverted to use as a barn years earlier. And in Reed City, Michigan, where Bennard retired 40 years after writing his most famous hymn, the Old Rugged Cross Historical Society Museum is an outgrowth of a memorial cross dedicated in 1954.

Now, here’s the rest of the story, and its local roots are well documented. In 1947, the Rev. John H. Baxter was pastor of the Friends Church, built in 1880 in the Sawyer community of Sturgeon Bay. Interested in how many members of the congregation still had vivid memories of a series of revival meetings that took place there more than 30 years earlier, he compiled a little book to commemorate the event. Titled The Story of the Old Rugged Cross at Sturgeon Bay, Wisconsin, its preface was written by H. R. Holand of Ephraim, author of Old Peninsula Days. 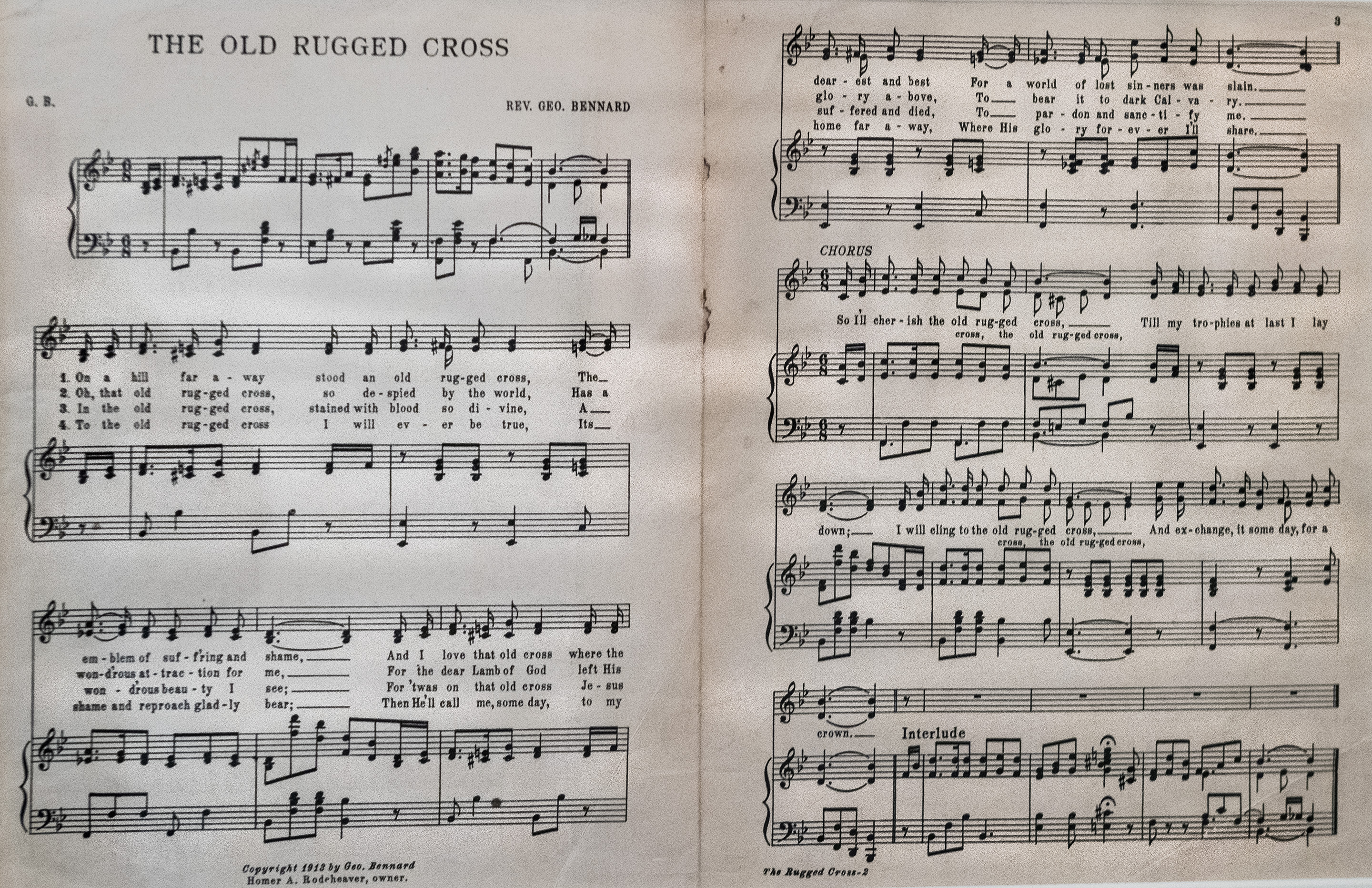 On Dec. 27, 1912, the Door Country Democrat reported, “A series of meetings will begin at Friend’s Church, Sunday, Dec. 29, 1912 at Eleven O’Clock, Revs. George Bennard and Frank Arthur of Michigan being in charge.” (Actually, Rev. Ed Mieras came in place of Rev. Arthur.) The meetings continued through Jan. 12, 1913, with frequent mention in the press. On Jan. 17, the Democrat reported, “The revival conducted by the evangelists, Bennard and Mieras, closed Sabbath evening about the midnight hour in a blaze of glory. One hundred and forty came to the altar.”

Church members still alive in the 1940s shared their memories with Rev. Baxter, saying that Aunt Alice Torstensen and her daughters, Pearl, Emily and Ruth, saw Bennard working on the hymn when he was sitting in the living room of their home, waiting for dinner to be served. Miss Maude Stanley, the sister of Estella McCann, co-pastor of Friends Church with her husband, Frank, remembered Bennard sitting in a rocking chair in the room next to the parsonage kitchen on the first floor of the church, and singing the last verse of the hymn on the final day of the revival meetings. Henry Maples, his grandfather, Grandpa Grandy, and Josephine Petersen (later Leyers), also guests at dinner that day, observed Bennard walking up and down the hall, making notations and humming the melody. After dinner, he asked Maude to play the organ and sing along with him, Maples and Mieras.

At the revival meeting that night, Jan. 13, Bennard and Mieras sang the song as a duet, accompanied by Pearl Torstensen Berg. In 1945, both Berg and Mieras verified the details in letters.

In 1946, Henry Maples sang “The Old Rugged Cross” as a solo at Friends Church, and the following year, a county-wide celebration on the 1912 anniversary drew such a crowd that an estimated 400 could not get into the church.

The highlight of that celebration was a play written by Rev. Baxter, depicting the completion of the hymn and its presentation on Jan. 13, 1913. Henry Maples portrayed himself, while the McCanns, Josephine Petersen, Edward Mieras, Maude Stanley, Grandpa Grandy and Rev. Bennard were played by June Tesser, Rev. Baxter, Bonnie Warren, Ed Krauss, Pearl Berg, the Rev. Edward Helmich and the Rev. A. C. Abrahamson. The program was recorded by Radio Statin WMAM in Marinette and aired the next day.

Bennard sold the rights to the song for $500 (equivalent to $12,303.18 today) to Homer Rodeheaver, and it was made popular by evangelist Billy Sunday. It has been performed by Andy Griffith, Elvis Presley, Brad Paisley, Chet Atkins, Eddy Arnold, Johnny Cash, Patsy Cline, Roy Rogers, The Oak Ridge Boys and countless others.

Rev. Baxter and Advocate editor Sumner Harris were the first to envision a memorial for the local ties to “The Old Rugged Cross” – a cross and plaque that stand today beside that same Friends Community Church at 204 W. Maple Street.

The Rev. Nancy Bontempo has been the pastor of Friends Community Church since 2015. The story of the hymn remains very much a part of the life of its congregation and those who come to visit the memorial. “The other day,” Bontempo said, “I was driving by when I saw a family of four standing in front of the cross. I stopped to talk with them and found it was a pastor’s family from Illinois. I invited them into the church, and the wife began to play the hymn as her husband and their two teenage sons sang. I was in tears, thinking there is hope for the future as these young men knew the words to every verse.”