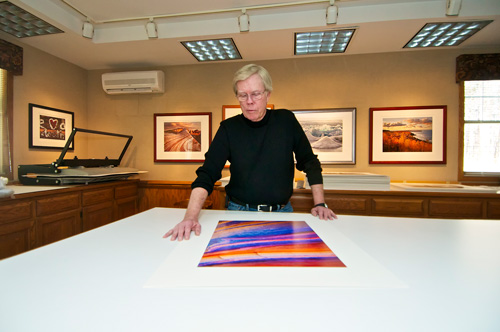 I would write – but I can’t – so I make photographs to express myself,” says Dan Anderson, well-known Door County photographer.

A private man who bursts into animation when discussing photography, cameras, digital output and photo editing programs, Anderson’s love for the medium, from darkroom to digital, is apparent at the outset. 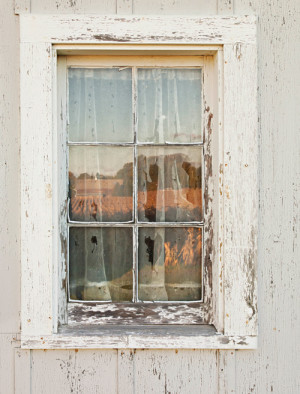 Despite early exposure to the images of many excellent photographers, like Imogen Cunningham and the Group f/64, Anderson’s desire has always been to create his own body of work, not to copy his predecessors. In the early ‘80s, Anderson took workshops with Ansel Adams at the Friends of Photography (FoP). (The organization was founded in 1967 by Adams, Brett Weston and other artists to promote visual literacy and pass along the collective technical camera exposure and darkroom virtuosity.) After Adams’ death in 1984, Anderson was able to assist in preparing a Carmel, California retrospective exhibition of Adams’ work.

Anderson has thoroughly internalized the influence of his early instruction and subsequent exposure to other master photographers. Solid technical training and hands-on experience have combined with innate patience and a willingness to experiment in his quest for personally expressive images.

For many years Anderson photographed with a large format film camera and spent hours perfecting a print in the darkroom. Anderson originally worked almost exclusively in black and white, claiming that he never mastered developing color in the darkroom. The new millennium, however, brought new technology and expanded possibilities for his fine art photography.

Interest piqued, Anderson flew to California for a Photoshop workshop – he had purchased the software program but never installed it on his computer. This new tool gripped his imagination; his technical expertise and ability to control the final outcome grew, allowing him to work in color in a way that adheres to his high technical standards. 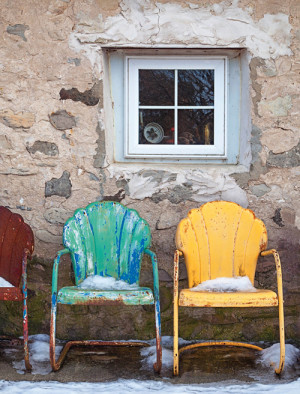 Whether Anderson’s images are ordinary, as in the graphically composed “Chairs,” or iconic, like his Western landscapes, in Anderson’s world the images have a surreal clarity in form and color, characteristics that come from his interpretation of the world around him.

Anderson works much like classical plein air painters who made accurate studies in the field to capture light, shape and value. Then, in the studio the artist would use elements of their plein air sketches to compose a larger, more technically adroit painting.

On location Anderson’s legendary patience kicks into high gear. Having scouted an area (frequently retracing his steps from a prior year to capture a visual memory, as he likes to work in series), he sets up a tripod and attaches either his Mamiya 4.5×6 or Canon 5D Mark II camera. The camera will be set to shoot in “raw” format so the maximum amount of visual data is preserved.

Once the camera is in place, it is not touched; exposures are made with a timing device, and Anderson will wait for the perfect shaft of light to illuminate his subject, recording as many digital images as possible before the light changes. All the preparation and waiting may come down to a few minutes of camera time.

By shooting the same scene over and over with different focal points, or focus slices, Anderson is 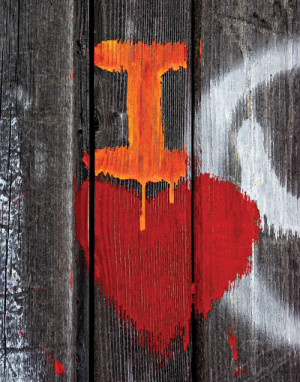 able to collect the raw data to take back to his digital darkroom. Using Photoshop and other digital editing software, many focal slices are combined in a technique called focus bracketing that allows for all sections of the scene to be in high resolution with a consistent depth of field. He may use any number of brackets (3 to 9 or 10) to compose the final image.

Anderson refers to his digital tools in the same way other visual artists speak about paints, value and composition. An integral part of the digital darkroom is the computer, which is calibrated to reflect the true colors of his print output. Along the way to a final image, he will make several small prints to tweak areas of color and value to ensure the output will be perfect in large format. A large Epson 7900 printer with 12 ink cartridges represents the last step in producing a frameable image; the printer, surrounded by printing papers and reserves of ink, lives in what was the chemical darkroom.

Anderson frames his own work with archival materials and museum glass, which helps protect them from fading and enhances the feeling of depth. On his website Anderson states, “I am a printer,” which at first might seem “un-photographic,” but in reality, the print is the sum of his vision, intended for people to hang on a wall to enjoy and explore over and over.

Anderson shares his passion and expertise by teaching in his home studio (www.danielandersonphotography.com), at the Peninsula School of Art (www.peninsulaschoolofart.com), The Clearing (www.theclearing.org) and Strabo Photo Tours (www.phototc.com). Anderson asks that anyone wishing to visit his studio make an appointment by calling (920) 854-4119.