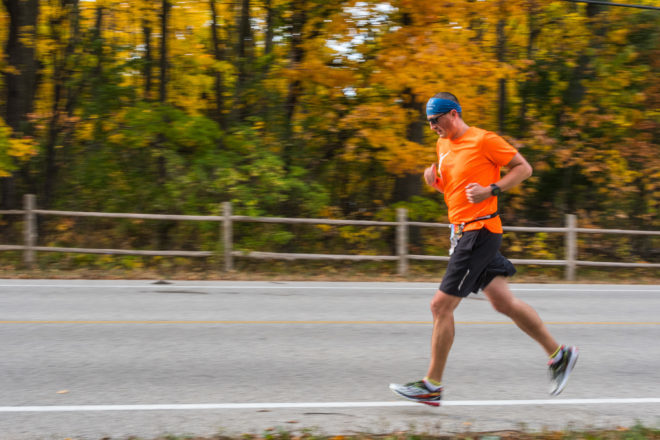 The postrace party is also planned, but it could be canceled if the risk remains high by October

There are several reasons why Sean Ryan said he’s moving forward with the Door County Fall 50 on Oct. 24.

The team-relay and solo running event starts in Gills Rock, ends in Sturgeon Bay and draws – during a normal year – some 3,000 people to an after-race party for awards, food, drink and music. This year, Ryan estimated that no more than 800 people would be gathered at one time.

It’s not lost on him that that number is still high when Door County Public Health says gatherings of 50 or more people are not advisable under any circumstances due to the risk of spreading COVID-19.

Far less risky, he said, is the race itself because it’s not a traditional one. Runners start in waves from 6:30 am to 10 am, rather than bolting off from the starting line en masse. No roads are closed during the event, so runners run single file on the road shoulders.

“It’s hard to argue that the race proposes any significant risk,” Ryan said.

People do socialize during packet pickup and at the race’s nine rest stops, but Ryan is minimizing that by eliminating self-service, requiring masks for volunteers and asking that teams stick together and remain in their vehicles until it’s their turn to run. For packet pickup, teams will be asked to send only their captain to the Stone Harbor ballroom. Masks and social distancing will be required for all.

Ryan said the approximately 2,200 people who will participate will arrive with team and family members with whom they’ve already been interacting. The race does not place strangers into new groups.

That brings Ryan to the after-race party. He received permission from the Sturgeon Bay Common Council to end the race on the Michigan Street bridge rather than the currently flooded Sunset Park. The home for the after-race party will be the parking lots at Sonny’s Italian Kitchen and Pizzeria.

“So if I am forced to cancel because of the number [of COVID cases], we’ll have 1,000 people looking for pizza and beer,” Ryan said.

Rather than allow people to make their own parties, he’ll be putting in large, open-sided tents and scattering tables around the parking lots. Masks and social distancing will be required for everyone.

“I’m better off putting on the party myself and setting the boundaries and guidelines and dispersing the crowd across the parking lots,” Ryan said. “That’s how I’m looking at it.”

There will be awards at 6:30 pm, and music but no dance party, and it will all shut down by 8 pm.

“They’ll get their food and drink, but it won’t have the same raucous atmosphere as in the past,” he said. “It’s just not the responsible thing to do.”

Ryan said he’ll monitor the COVID-positive test results and the burden on the medical system through October, and he intends to cancel the post-race party if those indicators are unfavorable.

“If the numbers are on the downtrend and the medical system has a low risk rating by October, I see no reason why we can’t safely proceed with the party,” he said. “The race would go on. I see very little likelihood the race would be canceled. The bigger question is, can we safely execute the party?”

If Ryan canceled the race, there wouldn’t be a party to begin with. This brought him to his third reason for deciding to proceed. He said everyone is struggling today to find ways to live in a world that has the risk of COVID-19 in it.

“We need to find some balance of maintaining life, joy and happiness,” he said.