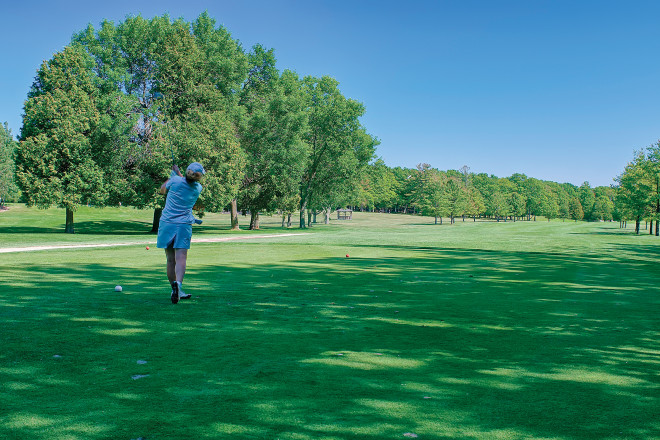 When it comes to golf, Door County has it all. Beautiful public courses, par-3 prizefighting fun and even a private venture worth ogling at. Although it lacks a notorious course known across the nation, Door County makes perfect sense as a great golf destination. The best part, it already is a golf destination, and has been for a very long time.

The Resorters’ Golf Tournament began in 1925 and is ranked among the longest-running tournaments in not only the state, but also the nation. Although the eighty-eight years of match play at Peninsula State Park might be trumped somewhere, the stories sewn throughout the fairways are unrivaled. 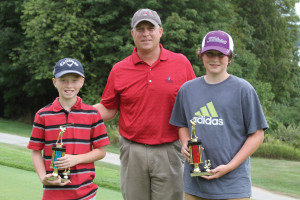 The August event has carried on through the years mainly as a family affair. What can easily be inferred from the record books of past champions is that the same golfers attend and seem to win the event year after year.

For Mike Gilliam, a tournament regular, the tag “family affair” doesn’t begin to do justice.

The Gilliam family, just like many others, sets the Resorters’ Tournament on their calendar far in advance.

“For our family it has become a week where we come to Door County,” Gilliam said. “We tend to spend the week sitting around the fire pit, acting stupid, and then we play golf in the morning, and then go back and do the fire pit thing again.”

While “the fire pit thing” may not be for everyone, the part of the event that includes traveling to delightful Door County is almost universal among attendees. Many participants claim the Midwest as home, but the coastal regions also tend to take part. Jason Daubner, head golf pro at Peninsula State Park, noted he has set up matches for participants from the likes of New Jersey, Florida and California.

The Peabody family is another group of Resorters’ mainstays. Toby Peabody, 48, came across the event on a family vacation when he was 16 years old and continued to play throughout his student years at St. Norbert College and the University of Wisconsin–Stevens Point. Nowadays he uses the Resorters’ as a getaway for his own family. 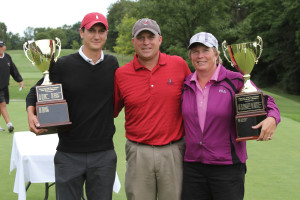 “Living in Florida, [the tournament] is a great reason for us to come up and escape the heat,” Peabody said. “For our family it’s a vacation and a reunion.”

For nearly everyone involved, reunion is the key term.

“You end up playing a lot of the same golfers every year,” Peabody said, recounting the names and years in which he battled the likes of Gilliam and other rivals.

The Gilliam name blankets the Resorters’ championship trophy; Mike has won the event with dynastic consistency. Gilliam has secured his place in the history of the tournament by winning five of six championship flights from 1977 to 1982 before running off a streak of another six victories from 1994 to 1999. Even if his set of sticks have found wins with ease, Gilliam made note that the younger players have tended to take over the competition.

The competition on display feeds through all age groups, with the handicapped flight format offering matches between equal skill sets. Golf at the Resorters’ is played the way it ought to be, regardless of age, with like golfers giving and taking strokes to and from players who play just like them. Scratch golfers duel with other scratch golfers while self-proclaimed hacks battle their golf twin.

The most extreme of these battles occurred just last year as then-97-year-old Dick Woerfel faced off with then 13-year-old Jack Mulligan. Woerfel, a former high school golf coach who has shot his age more times than he can remember, has competed in the event since the late 1940s. His remarkable matchup pitted him against a golfer born in the late 1990s. The flight didn’t matter and neither did the final score (though Mulligan won 2-up). What mattered was the display of golf in its finest form, as a generational game.

Golf is in that form at nearly every women’s Resorters’ championship, too. During the past decade, the title has switched hands plenty of times, though the hands are not plenty. Grace Caird and Amy Gehrke have contested for the women’s championship back and forth, with Caird winning it in 2011 and Gehrke winning in 2010 and 2012.

“It’s a friendly competition.” Caird said. “But I want to beat her, and she defin 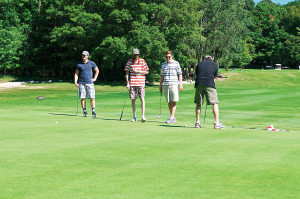 itely wants to beat me. We both know it.”

Though the chase of a championship can bring out the heat of desire, Gehrke won the 2012 event shortly before buying a smoothie for Caird and sitting down to share thoughts on the round they had just completed.

In addition to the men’s and women’s flights, the junior championship helps keep the entire family involved.

Although the Resorters’ Tournament has seen participation drop in the past decade, it’s entire families that keep the event running. They also keep the stories flowing, from one year to the next. Eighty-eight year’s worth seems not long enough.