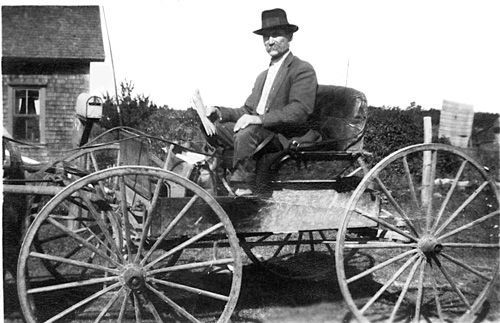 Today the U.S. Postal Service is an independent branch of the federal government, and its performance is under chronic scrutiny by Congress and users. Critics, however, often seem oblivious to the postal service’s contribution to the American way of life.

In colonial times, people communicating in writing depended on friends, merchants, and even Native Americans to carry messages between the colonies, and immigrants who wrote their relatives in Europe depended on sailing ships to deliver their message. For one penny, a person could post a letter with a ship’s captain bound for England or Germany, but whether, or when, the letter reached its destination was in the hands of the Gods (and the captains).

In 1639 a tavern in Boston was authorized to collect incoming mail from Europe and bundle mail for assignment to a ship heading overseas. This reflected a practice in England to use taverns and coffee houses as mail drops, and in 1673, the governor of New York set up a monthly mail run between New York and Boston.

As more and more immigrants came to America, population growth resulted in a westward movement of people from the East Coast, and more states were added. Benjamin Franklin recognized the lack of organization in the crude postal linkages that existed, and he also realized the importance of a postal system in knitting disparate groups of people into a national fabric. In 1737, he was able to implement some of his views of how a postal system should work when he was appointed postmaster of Philadelphia, and later, in 1775, he was appointed Postmaster General by the Continental Congress.

Franklin worked to better organize the entire postal system. He made use of stagecoaches as mail carriers on the “post roads” he established all over the East. He also insisted on regular inspections and encouraged his surveyors to seek out the most efficient post roads along which to provide service.

In looking back at the history of our postal system, one writer said the following about Benjamin Franklin’s contribution:

“America’s present Postal Service descends in an unbroken line from the system he planned and placed in operation, and history rightfully accords him major credit for establishing the basis of the postal service that has performed magnificently for the American people.”