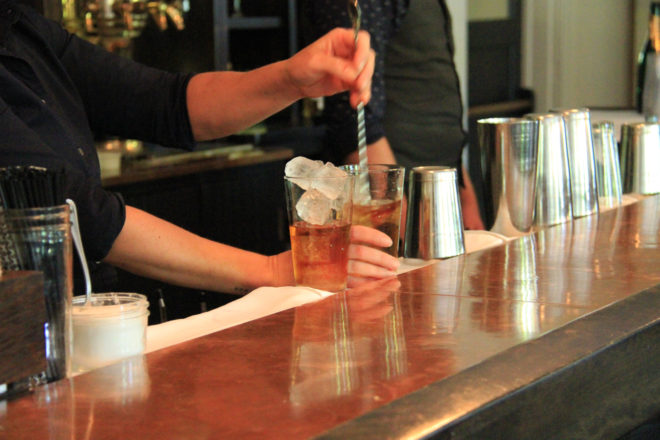 “The Safe Word” by Danielle Wacek won first place and was awarded the title of DKAF’s Official Cocktail. Photo by Aleah Kidd

Each contestant prepared one drink for the panel of three judges including DKAF founder Eric Simonson, his brother Robert, and Wickman House owner Mike Holmes. Bartenders began by describing the inspiration behind each craft cocktail, how it ties into DKAF and what ingredients were used. Death’s Door Gin was used as the base ingredient. 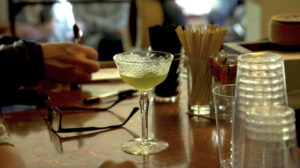 Second place was awarded to “Slow Death,” a cocktail created by duo Travis Ward and Kayla Larsen from Wickman House. The spirit-driven cocktail was deemed a “very seriously crafted cocktail: thoughtfully put together, definitely serious on the palate, not a cocktail to be taken lightly and quite delicious.”

“The Safe Word” by Danielle Wacek of The Libertine in Green Bay was crowned the winner and official cocktail of DKAF. Hailed by Robert Simonson as “a beautifully integrated cocktail: all the ingredients went together and everything was herbal and green and it just came together like a puzzle. And the story how it’s spring turning into summer, and summer turning into festivals. It was a lovely drink.”

Described as fun and dangerous, the drink was made of gin, fresh lime juice, melon liqueur, Thai basil syrup, a wash of absinthe and garnished with a mint leaf.