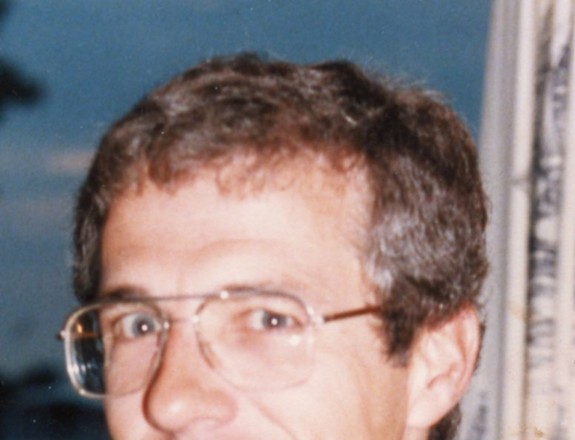 Robert “Bob” Pohl was known as a quick-witted, relentless salesman.

A relentless salesman, Pohl roamed the county like clockwork, first as an ad rep for the Door Reminder and finally in his own start-up, Door Guide Publishing.

On Sunday, March 18, Pohl’s roaming came to an end when he died at age 67 after a two-year battle with cancer.

Bob Erickson was part of Pohl’s coffee klatsch for years, first at Mueller Bros. gas station in Egg Harbor and later at the Fish Creek BP. Erickson said Pohl always wanted to be in the know – whose business was up, whose was down, who was opening a new place.

Pohl talked to business owners, townspeople, and local officials all day long. Pretty much anyone who stumbled by the huddle could be subject to a verbal jab or joke from the fast-talking, quick-witted salesman wielding a cigarette and a cup of coffee.

He would meet Mitch Larson, the owner of On Deck Clothing Company, for lunch at Stillwater’s, maybe swing into the White Gull to catch up on news, and stop often at Marilyn Jensen’s Sister Bay Trading Co. office.

“He loved coffee, especially if it was free,” Jensen said. “Before he said hello, he’d hang a right to the coffee and cookies we put out for customers. He was a lightening rod, lots of fun. There aren’t too many people you can say almost anything to, but he was a guy you could say anything to.”

Pohl would jab at his friends and clients, nurturing the kind of classic adversarial relationship that so many salesmen grow accustomed to, taking abuse from their customers and learning the delicate rules of dishing it back out.

“He thrived on the mucky-muck,” Jensen said. “He loved the challenge of getting people into his court. Sales is an art form, not everyone can do it. Bob loved it.”

His friends admitted that Pohl was a “love him or hate him” personality. Larson said his first impression was that Pohl was “an arrogant FIB,” but the sandpaper-voiced Pohl soon grew on him.

“He would work hard to earn your business,” Larson said. “You could slam your door in his face a couple times, but he’d swallow his pride and come back until he earned your business.”

“I’m gonna miss him a lot,” Jensen said. “I still think he’s going to come into my office and tell a dirty joke, but he never does.”

Pohl’s career in publishing began with The La Grange Shopper in La Grange, Ill. 40 years ago. In 1991 he decided he wanted to move to Door County, where his family had vacationed for decades, so he wrote a letter to Lon Kopitzke, the owner of the Door Reminder, full of ideas he could bring to the small family publication. He made an immediate impression.

“He had a lot of good ideas, a real fireball,” Kopitzke recalled. “He had endless energy and seemed to understand business and what he could do for us.”

After Gannett, the country’s largest newspaper chain, bought the Reminder in 2003, the company let Pohl go. A host of advertisers pulled their ads immediately, and Gannett soon brought him back, Larson said. When Pohl left the company for good several years later, he worked briefly for the Peninsula Pulse and Door County Living before striking out on his own in 2009.

In the heart of the recession he founded Door Guide Publishing with John Nelson, launching his own Dining Guide and rebranding the Go Guide.

“Basically, he was so much a part of both of those publications that it was a no-brainer to start them up on his own,” Larson said.

In 2009 one of Pohl’s beloved Labrador Retrievers, Katie, was hit by a car and killed. He was crushed by the loss, but it inspired Pohl and Nelson to include an in memoriam page for dogs in the Go Guide and to donate ad space to the Door County Humane Society.

“His dogs were family to him,” Counihan said. “We were able to help them in that situation, and he was always trying to think of creative ways as a publisher to help the shelter.”

In 2010 Pohl was having lunch with Larson at the Orchards clubhouse and suffered a massive seizure. Doctors removed a brain tumor but discovered cancer. Pohl’s days of making the rounds he reveled in so much, were over.

“So much of his life was being out and with all these people and being part of the gossip,” Larson said. “To be relegated to a bed every day was really hard on him.”

Nelson said he wishes Pohl could see the growth of the company he founded.

“I wish he was around to see the success that this little company, that was his idea, is having now,” Nelson said. “Our company was only a year old when he had the seizure, and he was never really able to revel in it. Without him this wouldn’t have happened.”

Erickson recalled the story of when Pohl bought his house in Ephraim.

“One of our friends hung posters up all over the county that said ‘Pool party at Bob Pohl’s house – free liquor and food,’” Erickson said. “So Bob was running all over the place trying to find them and take them down. It was hilarious. But he’d hand it out as well as he would take it.”

For 20 years Pohl reveled in the competition for advertisers. He thrived on the fight, on the adversarial camaraderie between salesman and customer. He was energized by it, and only cancer could take that energy from him.

“His passion was Door County, Door County business, and marketing and advertising,” Larson said. “He was constantly talking about new ideas for the peninsula to bring people here.”

Robert “Bob” Pohl is survived by his wife Janet, his children Robert Jr., Brian (Carrie), John (Suzanne) and his stepchildren, Marjory Champion (Robert), Michelle Brown (Richard) and Michael Zea (Elizabeth) as well as several grandchildren. He was preceded in death by his mother and father – Herbert R. and Mary L. Pohl and grandson, Jordan Robert Champion.

In lieu of flowers, Memorial contributions may be made to the Door County Humane Society, c/o Marilyn Jensen, Director, 920.421.0012. Online condolences may be offered at http://www.caspersonfuneralhome.com.