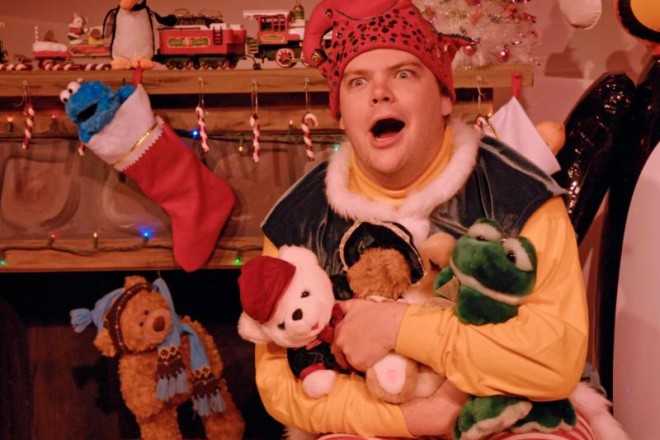 Dan Klarer returns to the Third Avenue Playhouse stage in The Santaland Diaries, Dec. 10 – 31. This outrageously funny one-man play (from National Public Radio’s well-loved humorist David Sedaris) is about the author’s experiences as an unemployed writer taking a job as an elf at Macy’s department store in New York City. This delightfully tart tale takes a wry look at how the holiday season brings out the best – and the worst – in us all. This modern classic is funny, touching and not a little bit twisted.

Klarer stars as the irrepressible Crumpet the Elf. He is best known to Door County audiences for his work on the stages of Northern Sky Theatre, having appeared in Cheeseheads, the Musical and Victory Farm.

Klarer, a native of Mt. Horeb, is a graduate of the University of Wisconsin – Stevens Point theater program. He is a founding member of TEAM US, an improvisational comedy troupe. In addition to his work for Northern Sky Theatre, he has worked for Rose Theatre in the United Kingdom and attended the International Stunt School.

The Santaland Diaries is recommended for mature audiences as it contains some strong language and adult situations.

A special pay-what-you-can performance will be held on Dec. 9 at 7:30 pm. Tickets are $25 general admission and $10 students. For more information, call 920.743.1760, visit thirdavenueplayhouse.com, or stop by their box office at N. Third Avenue in Sturgeon Bay.