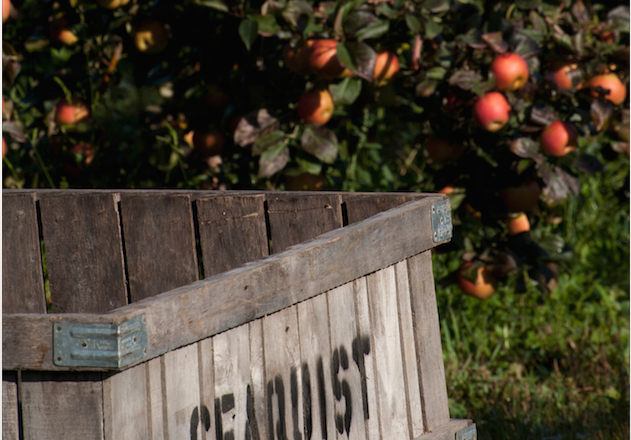 The Seaquist name has been synonymous with the orchard business for generations. Photo by Dan Eggert.

The first Seaquist to raise apples in Door County was Anders, a native of Sweden, who came across Green Bay in the early 1860s with Sophia, his wife, two sons and a very seasick cat. He built a log cabin on a hill east of Ephraim and went to work cutting wood he sold to Andersons’ Store in exchange for groceries. Like all farm families, the Seaquists had a cow and some chickens, and Anders planted a few apple trees near the house.

When the timber near Ephraim grew scarce, Anders and his sons walked four miles north every day to fell trees with a crosscut saw – dad on one end and the two boys on the other. After a while, they grew weary of the eight-mile round trip and built a 12 feet by 15 feet temporary cabin on what is now Seaquist Road, where they stayed during the week. Eventually, the family grew and Sophia and their two daughters joined the menfolk in the second cabin.

In 1890, Anders’ son C.R. built a house near his parents, paying $700 for the materials that were brought across the frozen bay on a sled. Like his dad, he planted apple trees around his house.

Six years later, Anders and C.R. heard that cherries were being grown successfully near Sturgeon Bay. They checked out the operation, ordered 700 trees for six cents each and soon had more cherries than they knew what to do with. By the time C.R.’s son John was a teenager in 1911, he became involved in the orchards and added a significant number of apple trees, including many varieties that are now obsolete. 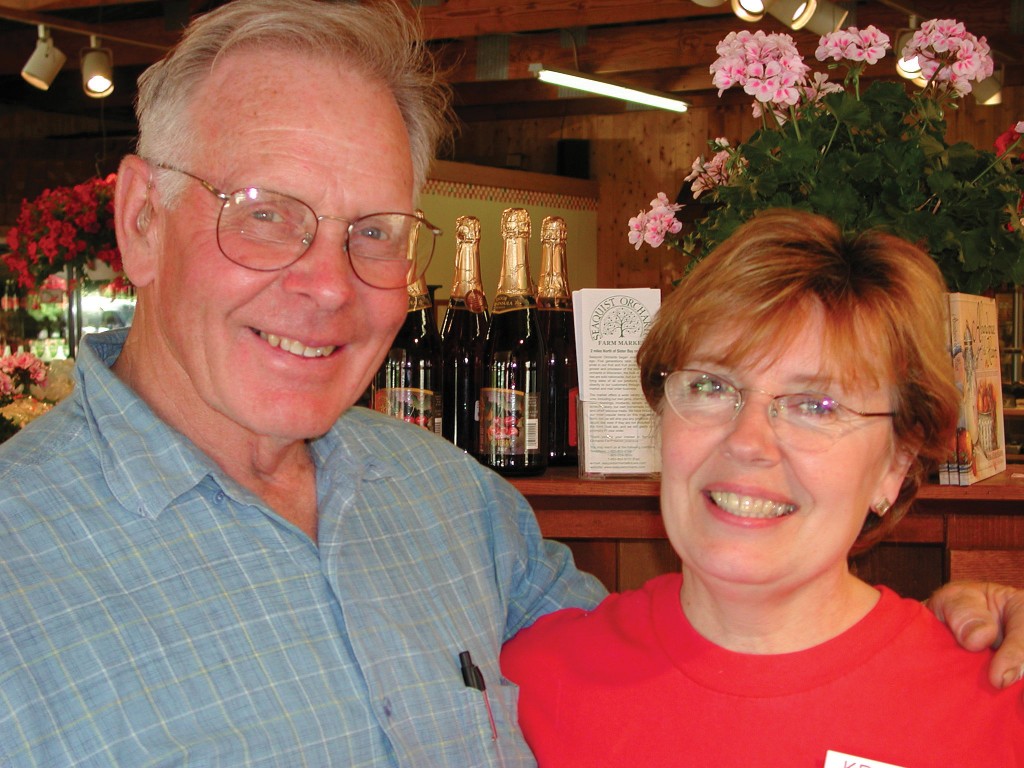 Dale and Kirsten Seaquist carry on a family tradition north of Sister Bay.

John’s son Dale went into partnership with his father and planted his first trees in 1949, when he was 16. Now Dale, his son Jim, and their wives, Kristin and Robin, own Seaquist Orchards, one of the largest fruit-growing operations in Wisconsin. Jim and his half-brothers, Zach and Allen, are the fifth generation of Seaquist apple growers, while Jim’s sons, Cole and Justin, are the sixth. All four of the young men are involved in the family business.

The Seaquists raise cherries on about 1,000 acres they own and rent, but 27 acres are still dedicated to the old family standby, apples. They produce about 8,000 bushels of 20 varieties each year.

The way they raise them has changed dramatically. John Seaquist planted his apple trees 25 to 30 feet apart – about 46 to 50 trees per acre. Now most of the apple orchard is planted with dwarf trees – up to 800 per acre. Although they’re more fragile and need support, they are easier to maintain and harvest, and each tree receives more of the sunlight vital to production. “Instead of growing little apples on big trees,” Dale says, “I’m growing big apples on little trees.”

Twenty years ago, Northwestern Greenings accounted for 60 percent of the Seaquists’ crop, and nearly all of them were turned into applesauce. Today, 60 percent of the apples the Seaquists raise are Honeycrisps, with Cortlands second in popularity. They also raise Early Golds, Ginger Goldens and Golden Supremes. (Golden Delicious apples, once a standard, have fallen out of favor because they bruise easily.) 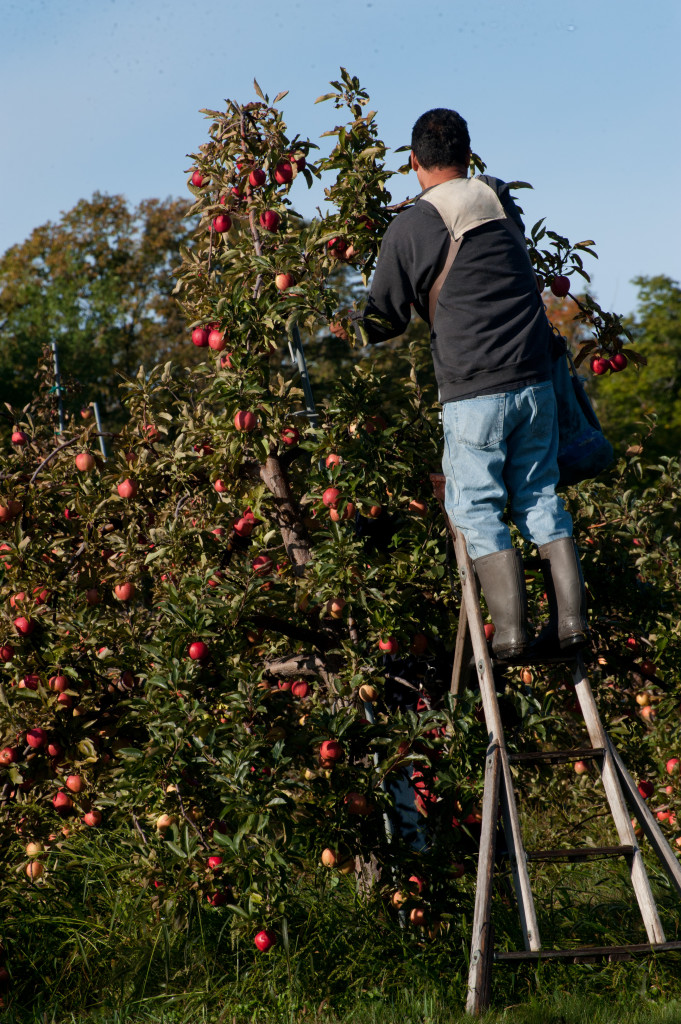 Unlike cherries, apples are still picked by hands the old fashioned way. Photo by Dan Eggert.

Dale says that Ida Reds are popular with snowbirds heading south for the winter, because they keep so well. And for pies? Dale prefers McIntoshes for a “soupy” pie but says Cortlands are favored by those who like a chunkier filling.

Speaking of pies, the bakery in Seaquists’ market turns out 800 to 900 every Thursday, about 40 or 50 of them apple. Many other apple products are also sold in the market, including fritters and cider – they’ve made their own since 1977, and a new computerized press is on order from Germany. It’s just one of the changes on the horizon. Seaquists have purchased the local Dixie brand of jams and jellies, and by next year will be producing them in a new facility behind the market.

Those apple trees Jim’s great-great-grandfather Anders planted more than 150 years ago? They’re still producing around the foundation of the family’s original log cabin near Ephraim. Dale doesn’t recognize the variety, but hopes to get permission from the current owners of the property to cut some branches to graft onto trees in his own orchards. Perhaps they’ll be around for another six generations of Seaquists to harvest.