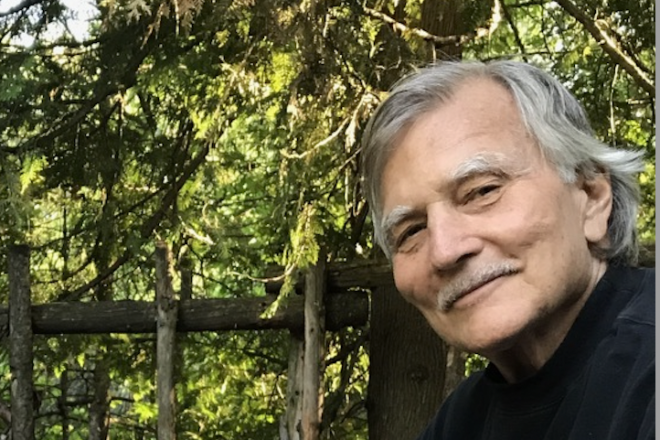 Bill Guenzel was a quiet contributor to dozens of causes. Submitted.

Ralph Murre was at dinner with an author-in-residence at Write On, Door County several years ago when the author mentioned how beautiful the property was.

“What a swell and helpful fellow that gardener and lawn-mowing guy is,” the author told him.

Murre asked what this gardener looked like. Was he a lean, older man, probably driving an old Plymouth van?

Murre chuckled. “Well, that’s not exactly the gardener. He is the gardener, but he’s also the guy who makes this all possible.”

“He was so unassuming,” Murre said. “If you didn’t know he was one of the great philanthropists of the county, you’d think he was just your average guy. He really loved that low profile.”

Bill Guenzel, a founding board member of Write On, Door County and a generous donor to dozens of Door County nonprofits and causes ranging from arts and culture, to health care, to youth projects, died May 7 at the age of 74.

During the past decade, much of his tending and passion went into Write On, but his giving went far beyond the confines of that property in Juddville. Like his mother Betsy, Guenzel wasn’t one to seek the spotlight or even take credit for his gifts.

“He’s so much like his mom,” said Christie Weber, who got to know Guenzel during his days as a carpenter in the 1970s and 1980s. “He’s one of the least superficial people I’ve ever known. When you talked to him, he was always present, always interested.”

Bill Guenzel was born to Paul and Elizabeth “Betsy” Guenzel in Chicago on Aug. 3, 1946. He majored in art history and design at Williams College in Massachusetts before returning to Chicago to study photography and filmmaking at Columbia College. But like his parents, he was drawn to Door County, where jobs in filmmaking and photography didn’t exist. Instead, he became a carpenter.

“It was one of the few things you could do in Door County at the time,” recalled longtime friend Tom Allyn. “It was that or be a waiter, and back then, the tourist industry wasn’t what it is now.”

“We didn’t know his background,” Allyn said. “He was just like the rest of us, driving a ratty old truck.”

Together they remodeled Ephraim’s Anderson Hotel, renovated and swiped beers at the Omnibus, and laid the groundwork for the Birch Creek Music Performance Center.

Guenzel’s preferred attire was a comfortable pair of jeans and an old sweater or T-shirt. His sentences often started not with an “ahem,” but with a chuckle that snuck out from beneath his thin mustache, as though he was about to let you in on a joke.

When Laurel Hauser was helping to lead an effort to build a skate park in Sturgeon Bay, Guenzel sidled up to her outside the Fish Creek YMCA in his typical, understated way.

“Ah, I hear you might be working on a skate park,” he said. “I’d be interested in talking to you more. Maybe in making a donation.”

Guenzel ended up in Hauser’s kitchen, meeting with a group of middle school boys who gave him their pitch for the skate park, which resulted in Guenzel making a matching gift that played a large part in propelling the project forward.

“He wasn’t sitting around waiting to be asked,” Hauser said. “He was scanning the community to see where he could help, to see what he could support. Bill struck me as someone who looked out, actively, for the underdog, who had a soft spot in his heart for people who were trying to do the right thing against big odds.”

Guenzel and his wife, Josephine, continued his mother and father’s longtime dedication to the arts, supporting Peninsula School of Art, where the Guenzel Gallery is named for his parents in one of the rare public displays of his contributions.

More recently, he made a significant contribution to the new adult studio at the school. When the school’s director, Cathy Hoke, asked him if he’d like the studio named for him, he demured.

“He asked that it be named after Madeline Tourtelot because he felt that something on the property should be named for her,” Hoke said. “Bill was the donor we all dream of in the nonprofit world. He came to you and asked, ‘Where are you going, and how can I help?’ He was never the donor who came to you and said, ‘Well, you know you should do…”

It was important to Guenzel to carry on his parents’ legacy supporting historical preservation, health care and youth projects. But later he searched for a legacy of his own – one that he found at Write On, joining the effort to elevate writing to the level of the other arts in the Door County community.

Guenzel may have been proudest when the organization was able to save Norb Blei’s writing coop and settle it into its new home at the Write On campus for new generations of writers to experience. Write On was a cause that connected Guenzel to his mother, Betsy, who loved to write and passed that passion on to him.

But it was also one he could put his hands on from the beginning, helping to shape it as more than a donor – as a member of the board, by serving on committees and by exploring the details of the new Writing Center that was completed in 2020.

And even as its helpful gardener.

Celebration of Life for Bill Guenzel

Bill Guenzel is survived by his wife, Josephine; his three children, Louis, Phoebe and Renata; his sister, Lisa Carlin; his niece and nephew, Betsy and Ted, and their families. A public celebration of his life will be held at Write On, Door County later this summer.