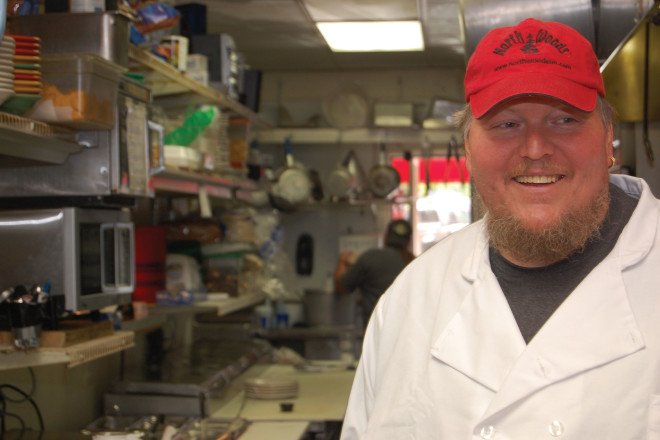 Some restaurant cooks bounce around the kitchen like a jitterbug, as if the floor is made of hot 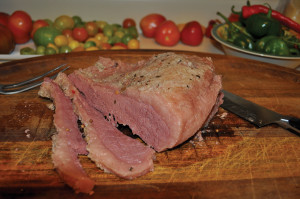 Finally, in a flurry a casual observer would never see coming, they’re flinging a line full of food into baskets and suddenly eight orders appear in the window.

Then it starts all over with the next flurry of tickets. 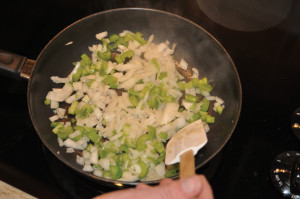 If those cooks are rattling through an eight-hour salsa dance, Big Mike, the veteran cook at Husby’s in Sister Bay, is performing a patient waltz. Somehow it works just the same, as decades of experience behind the line have created efficiency where he lacks flurry.

Mike Meyer learned to cook at the foot of his mother at his parents’ tavern, the Crowbar in Mishicot, Wisconsin. He was 10 and helped set baskets and soon was throwing burgers on the grill. But it was his older brother Doug, a culinary school graduate, who became his kitchen mentor.

“Anytime there’s something I don’t know,” Mike says, “I call him up, and he’s always got the answer for me.”

There’s a lot to be said for fine dining, for an exotic preparation and an eccentric server. But even in an age of health-crazed eating (of which I’m an enthusiastic participant) the lure of greasy comfort food remains irresistible. 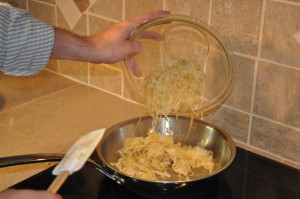 There are few better to satisfy that craving than Big Mike. He’s worked just about every kind of kitchen you can find – fine dining, supper clubs, diners, even his own bar for a stretch. But at Husby’s, behind the tavern line, he seems most at home.

His red hair and scraggly goatee can make him look intimidating, a trait all good cooks seem to develop – some by appearance, others by temperament. When he gets control of the radio (and when your name is Big Mike, that’s more often than not), he prefers to grill to the sounds of Rush, Metallica or Ozzy Osbourne (he once had a dog named after Ozzy).

But Big Mike is an approachable sort, especially if talk turns to cooking, growing herbs, or good beer. 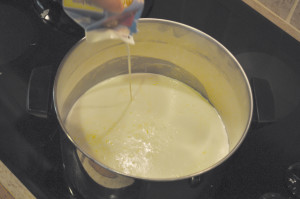 “I’m always picking up cookbooks,” he says. “I love those little ones you get at the grocery store, too. You can always find ideas.”

One of the specialties he developed over the years is a cream of Reuben soup that, admittedly, scares the taste buds on first proposal, but becomes an instant favorite for those who give it a shot.

I caught up with Big Mike in the Husby’s kitchen in September to get a refresher course on making the soup (I first learned how when we shared the same line about 10 years ago).

“It’s a nice hearty, cool weather soup. It goes hand-in-hand with chili. I like to make it as close to eating an actual Reuben as possible,” Mike says as he makes a restaurant-scaled, five-gallon batch. 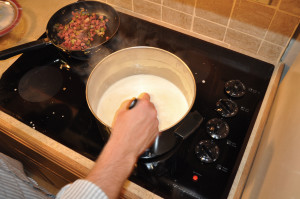 On busy fall Saturdays, with the bar packed full of red-clad Badger fans, Big Mike has to please the masses. At home for my own Saturday party, I simply have to please myself and – if I’m being generous – a few buddies.

Here’s how I scaled down and modified Big Mike’s restaurant-sized recipe to serve six people at home. 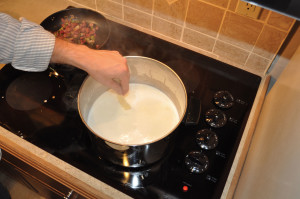 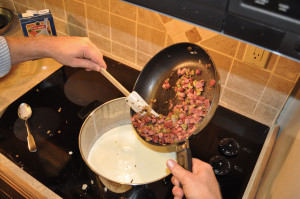