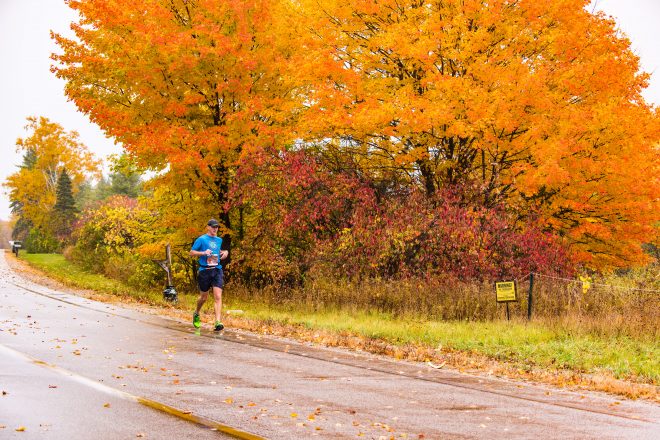 When runners step to the line to take on the Fall 50 – a daylong running adventure through the peninsula on Oct. 23 – they may find they have a bit more elbow room than in years past.

But don’t misunderstand him – those registration numbers aren’t disappointing. The relay division has approximately 400 teams registered, putting it at about 80% capacity, and the solo run has about 100 registrants, which is about 55% capacity.

“It’s still impressive. It’s just not quite where we’re used to being,” said Ryan, who attributes the lower-than-average numbers to runners remaining a bit cautious after experiencing nearly 18 months of canceled or postponed races.

“Athletes don’t want to put their money down out of fear the race might get canceled,” he said.

Those who have committed to run, however, will be greeted by a familiar course and all the fun of past events. The Fall 50 returns to its original course, which starts at the Shoreline Restaurant in Gills Rock, hugs the western shore of the peninsula as it winds its way through towns and villages, and ends at Sunset Park in Sturgeon Bay.

Additional information about the course, race schedule and registering to run solo or as a team is available at fall50.com.