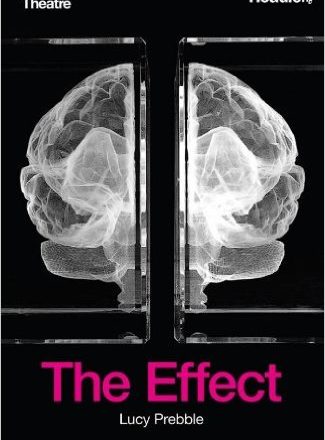 Third Avenue Playhouse (TAP) celebrates the simplicity of spoken text and the power of imagination in theater with the debut of its first Winter Play Reading Festival.

Over the course of eight days (Feb. 16 – 19 and 23 – 26), the theater will be home to an eclectic selection of new and classic plays selected and directed by TAP’s co-artistic directors Bob Boles and James Valcq, along with a handful of locals whose acting and directing skills have contributed to the theater’s past productions.

In selecting the texts for this event, the festival’s seven directors were given a simple directive.

“What we did was ask certain people to pick whatever play that they were excited about doing. Something that they wanted to work on, plays that they were curious about,” Boles explained. “So we really just left it up to the individual directors to pick the pieces that they were doing.”

The result is what Boles describes as a “potpourri of very different plays,” spanning from moving tales of family love and drama to a play that visits the idea of multiple universes. Boles will direct just three of the festival’s nine plays, including his own award-winning play, Birthday Boys, Edward Allen Baker’s Dolores, and the Pulitzer Prize finalist The Goat by the late Edward Albee.

Inclusion of the latter is TAP’s tribute to one of the great playwrights of the 20th century, Albee, who died last September at the age of 88. Albee is best known for his frank examinations of the modern human condition and for his later-in-life experimental plays, including The Goat, which follows the story of a middle-aged man who falls in love with a goat, and the fallout that ensues when he reveals his new relationship to his wife and son.

“The whole play becomes about how they react to this news and it’s not a comedy – if it is, it’s a very dark, black comedy – but it’s really about how family deals with something that’s just impossible to imagine and it shows each member of the family revealing their worst selves to one another in responding to this news which, at its core, is simply about a man falling in love,” Boles said. “It’s just his love interest in this case is a goat. Albee really takes this premise and really examines how a family responds to the unmentionables, something that they never, ever thought they’d have to deal with in their life. He uses a goat as a metaphor. It could be all kinds of things … your whole life being turned upside down by somebody close to you revealing something unbelievable. I’m very curious how people are going to respond to that play.”

Albee’s play will be joined by other explorations of human experiences: sisters drawn together by domestic violence (Dolores), confessional love letters between two poets (Dear Elizabeth), a love story set in a bar (Stella and Lou), and the intersection of love, science and ethics as it relates to two young people taking part in a drug trial (The Effect). Foregoing full directorship will give Boles the rare opportunity to take in a selection of plays that he is unfamiliar with, and in the process, explore his own reaction to the stories.

It is that desire to explore reaction – both his own and the audiences – that drove development of the play reading festival to begin with.

“Some of these things might very well end up on our main stage depending on the response that each gets and if we want to explore them further and actually make a full production out of them,” Boles said.

The Winter Play Reading Festival is the first step in what Boles hopes will become a new play development festival revolving around new and unfamiliar work that will eventually incorporate playwrights, readings and workshops.

The Winter Play Reading Festival runs from Feb. 16 – 26 at 7:30pm on Thursday, Friday and Saturday and 2pm on Sunday. Admission is pay-what-you-can and each play will be followed by a talk back with its director. For more information visit thirdavenueplayhouse.com.

Directed by Robert Boles with Ginger Auld and Mark Moede

Directed by Robert Boles with Amy Ensign and Katie Lott

Directed by Paulette Laufer with Claire Morkin and Alan Kopischke.

The Effect by Lucy Prebble

The Goat by Edward Albee

Directed by Mark Moede with Anne Herring and Thor Thorson

Directed by Richard Carlson with Jason Szmanda and Danielle Szmanda

The Cripple of Inishmaan by Martin McDonagh

Stella and Lou by Bruce Graham

Directed by James Valcq with Claire Morkin and Mark Moede