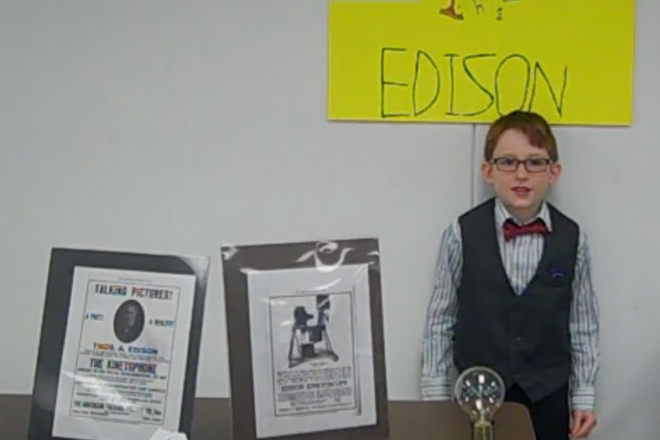 Students from both my class and Mrs. Kim Thomas’ class completed their projects that began six weeks prior. Their end result was a presentation for staff and students of the Sevastopol School District as well as for family and community members.

Thomas acknowledges how big the event has become.

“Each year the Living Wax Museum gets a lot of traffic from parents, students and community members. This year the traffic was at an all-time high!” she said.

The project began with students researching historical figures who have made a positive impact on the world. Students narrowed their choices down to their top selection before beginning research on their individuals.

Through books, articles and videos, students gathered information on their chosen historical figure that would serve as the foundation of their project.

The last steps of their project involved dressing up as their historical figure and memorizing their speech to present to audience members. Student costumes varied from being purchased to being put together from homemade and reused items from various sources.

The project challenged students in many academic areas in addition to studying history. Students learned about writing informational reports, researching nonfiction texts, and presenting to audiences. Students also incorporated their art skills with their posters and costumes.

Darrel Lautenbach, 9, portrayed Bass Reeves, who was one of the first black U.S. deputy marshals. Reeves was known for capturing more than 3,000 felons in the late 1800s.

Lautenbach said he enjoyed the experience.

“My favorite part was getting the costume together,” he said.

His costume included a leather hat from his grandpa and clothing that he and his mother put together.

“I felt really good about the project and had lots of fun doing it. I picked Bass Reeves because I thought he was a really cool person,” Lautenbach said. 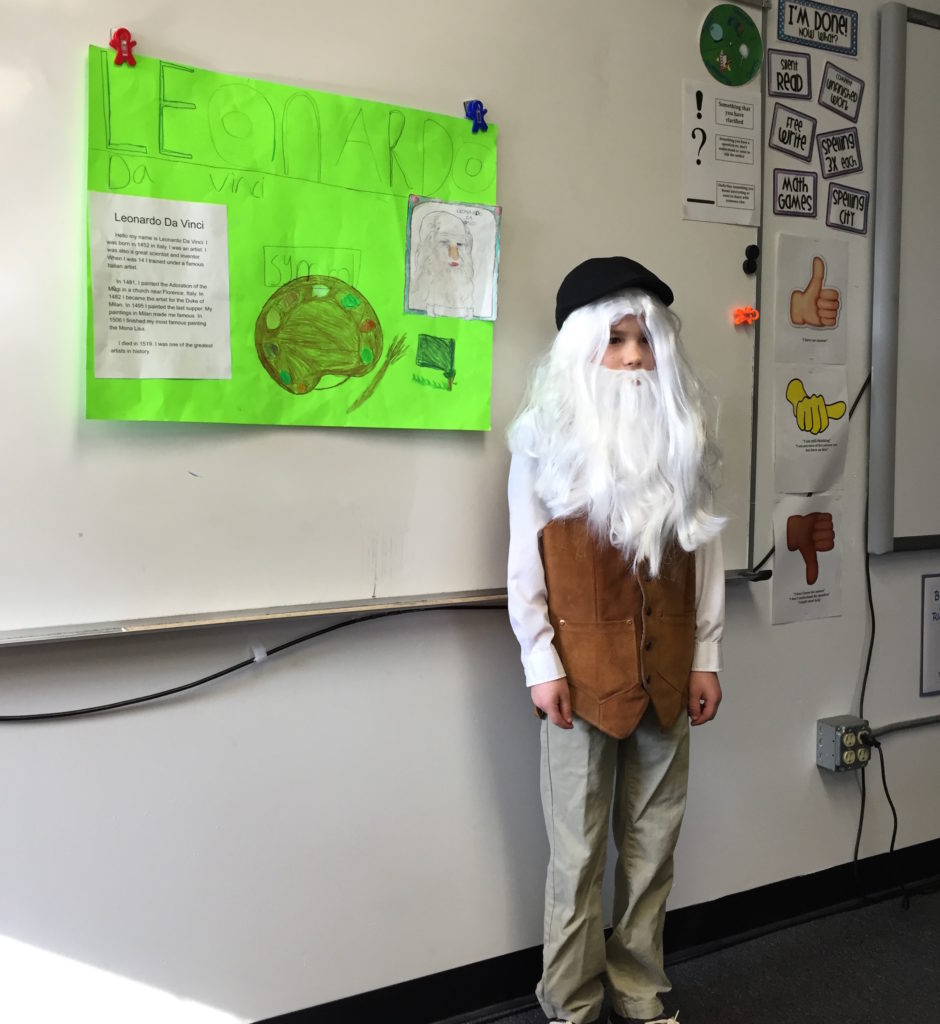 “I knew a little about (Leonardo da Vinci) and I wanted to learn more. My favorite part was researching,” Lautenbach said.

He also had luck finding items for his costume with help from family members.

“My mom found a beard and a wig for me. My grandma helped me find other items. I had fun,” he said.

“I picked Thomas Edison because he was an inventor and I think inventing is sort of cool,” Frank said.

“I liked putting the costume together and typing my report. My Mom and I found a lightbulb and printed off newspaper articles that I put on display. We found some items at the thrift store for only a couple cents.”

It was another successful year for third grade students to showcase their Living Wax Museum projects.