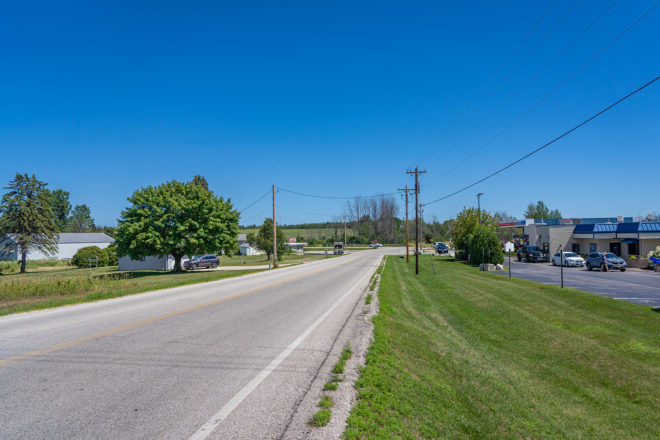 The Wisconsin Department of Transportation has applied for a grant to build a roundabout at the intersection of Gordon Road and Highway 42/57 in Sevastopol, where the Culver’s restaurant is located.

The County of Door has characterized the intersection as one of the most dangerous in Door County. The state has acknowledged the traffic concerns at the intersection but did not have any safety improvements planned.

With no state resolution on the radar, the county resolved in August to set aside $100,000 to make its own improvements. The plan developed by Door County highway commissioner Thad Ash was to block the access for motorists turning north on the highway from Gordon Road, a route that has caused almost 50% of the 22 accidents that have taken place at the site over the past five years.

After the county’s go-ahead, Ash delivered drawings to the state, which modified the design in a way that doubled the cost to $200,000, said Door County administrator Ken Pabich. Those additions included creating an acceleration lane of 200 feet to head south from Gordon Road, Ash said.

Meanwhile, the state has decided to apply for a grant to construct a roundabout at the location, Ash said, but word on that grant won’t come until April 2023.

“So we can’t do the project now, and we won’t know about the roundabout until April at the earliest,” Pabich said. “So in essence, we’re in a holding pattern.”

Supervisor Bob Bultman said it’s a “known, dangerous intersection” and pressed the county to erect concrete barriers in the interim to prevent northbound turns from Gordon Road onto the highway.

“If there’s an accident at the intersection, it’s on us,” Bultman said. “I think we know enough and can do something about it. I don’t know what we’re waiting for.”

In addition, if the county made improvements now, the intersection would be ineligible for the state grant funding for the roundabout, Ash said.

“They’ll know in April on their grant,” Ash said. “I’m trying to be prepared to continue with our plan or hold off in regard to what the state is doing.”

Even if the funding comes through, a roundabout would not be constructed until 2025 or 2026, Ash said. That may mean, once the county receives word about the grant, that it will still do something in the interim.

“But it still has to be approved by the state,” Ash said.