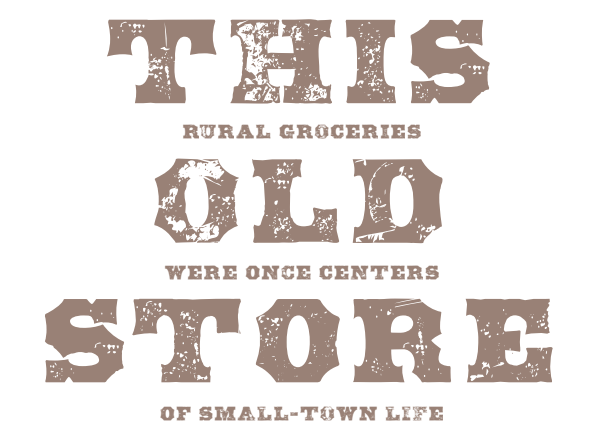 Halvor Anderson was born in Sturgeon Bay in 1900. He worked for Miller’s Clothing House, owned by the father of renowned painter Gerhard CF Miller, as well as the Peterson and Hoslett groceries before buying his own grocery store in Baileys Harbor.

A newspaper item from June 1935 indicated that Anderson bought the store from F.C. Blakefield and that he would be affiliated with IGA. Vernie Sorenson was in charge of the meat department.

Anderson’s niece, Treiva Wiltering, said this store was a really tiny place with an outside stairway to the living quarters on the second floor. She recalled that Anderson next bought a little store on Jefferson Street, across the alley from a pharmacy, and then built a bigger store on 7th Avenue.

A news item dated Nov. 10, 1939, identified Anderson as the owner of the Garland Street Grocery in Sturgeon Bay. (Garland was renamed Jefferson in 1943.) A 1962 advertisement said he had operated the Halvor Anderson Grocery at 515 N. 7th Ave., which was also his residence, since 1939.

That 1939 item also said, “It’s been a long time from the days of the Cracker Barrel grocery to today’s modern operation.” It obviously referred to the days when crackers came in barrels, not to today’s restaurant chain, which wasn’t founded until three decades later. (Cracker Barrel, by the way, was founded by a Shell Oil salesperson who thought a homey restaurant/gift shop might help sell more gasoline.)

Wiltering recalled that she started work at the 7th Avenue store when she was 15 – with a special permit – and that she really enjoyed it. She said that although many little stores at that time were places where shoppers just picked up quick items, they could buy all their groceries at Anderson’s store.

Ginny Haen, an assistant docent at the Door County Historical Museum, grew up half a block from Anderson’s Grocery and said her family shopped there.

“Halvor wasn’t a butcher,” Wiltering said, “so there was no fresh meat, but he had hot dogs, sausage and cheese. The hot dogs were all connected in one long string, and we’d cut off as many as a customer wanted. We had fresh vegetables, with one of each on display. When a customer wanted lettuce or celery, for example, Halvor would get a fresh one from the cooler.”

One of Wiltering’s jobs was bagging potatoes in 10-pound bags and marking whether they were Idahos or “boiling potatoes.”

She was also responsible for bagging eggs for customers.

“There were no cartons,” she said. “Instead, I put them in little bags. If someone wanted a dozen, the bag was so full it wouldn’t close. I don’t know why the eggs didn’t crack or break, but I never heard a complaint.

“One lady always rattled off her list so fast that it was hard to write down, and I hadn’t taken shorthand yet.

“There were no grocery carts, but we had baskets so customers could pick out the canned goods and other things they wanted. We may have had a few packaged cookies, but most of them were in eight bins, and we picked out the ones customers asked for. We also had hand-packed ice cream and, behind the counter, cigarettes and loose candy that we sold by the piece.”

Wiltering said they worked 12-hour days in the store, from 7 am to 7 pm, six days a week, and Friday and Saturday were especially busy.

Anderson, whose great joy was talking to customers, did deliveries in the afternoon. The store was open before church on Sundays; then Halvor’s wife, Eva, played the organ at Bay View Lutheran Church, and he sang tenor in the choir. Sunday afternoons were their only time off. All other nights of the week, Eva went downstairs to tend the store while Halvor went upstairs to eat his dinner.