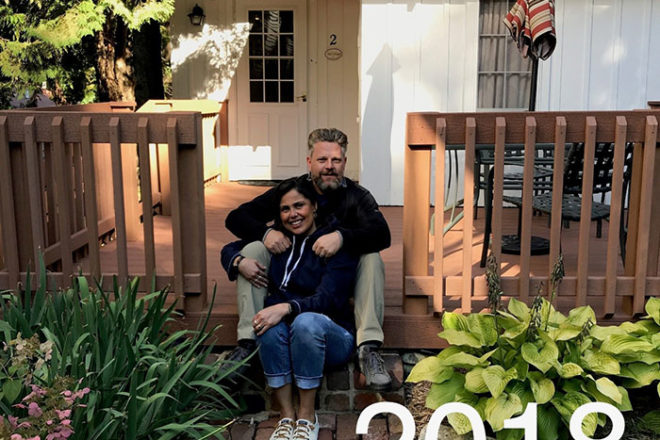 Fast forward 24 years. Matt wanted to surprise Darlene for their upcoming 25th wedding anniversary and decided that the most romantic surprise would be to return to Thorp House Inn. Matt contacted the Thorp House Inn’s owner, Melanie Camp, who was enthusiastic about the plan. When the Ranzaus arrived, they felt a wave of happy nostalgia about their “second honeymoon.”
They had an interest in buying their own business and were focused on lodging, so they chatted with Camp about the pros and cons of innkeeping. When Matt asked whether she knew anyone in Door County who might want to sell a lodging property, Camp said, “Well, it’s interesting that you’re asking that. I’ve been considering selling the Thorp House Inn.”
It didn’t take long before the off-market property was sold and transitioned to the Ranzaus, with both parties working to make sure the sale would go through smoothly. Camp even stayed on to help during the transition. Now the Ranzaus are Door County innkeepers.