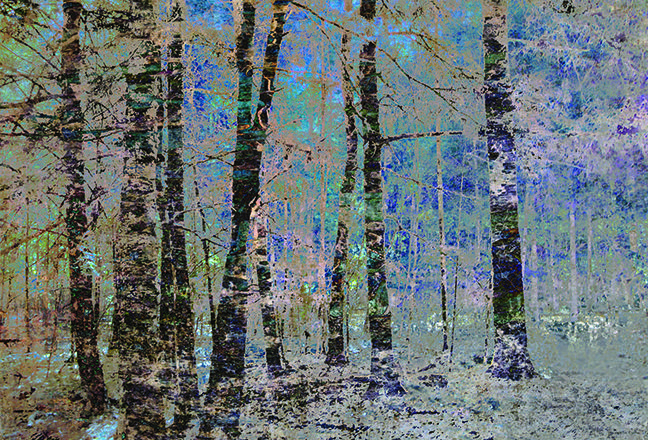 The interaction of humans and technology has always been an interest of artists Dave Tilton and Paula Oeler. It has been a common thread in their work for the past 25 years, from their early years in information design to their current role as digital artists.

In the ‘90s, they used evolving technology to communicate information in their digital design careers. Today, the husband and wife use it to turn sounds into landscapes, celebrating the “essence of land, water and sky” through artistic collaborations in their Sister Bay studio, Carta StudioWorks.

These collaborations, under the mark Tilton + Oeler, represent Dave and Paula’s shared history and love of cartography, information design, geography, photography, sound synthesis, and the interaction of humans and technology. 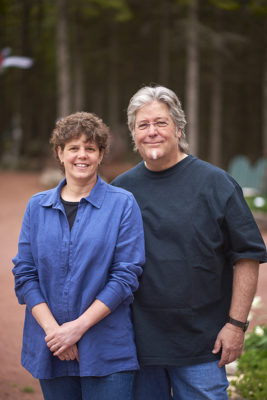 Distinct elements of each individual can be found in every piece. The couple likens the combination of their styles (Paula’s love of shape, contrast and movement, and Dave’s ambient landscapes) to “adding voice and lyric to instrumental composition.” The result is complex and painterly works that are both representational and abstract.

“What it’s about for me is wanting to help people see the beauty in the landscape that I see, but the creativity is, what’s the new way to show that? What’s the next thing?” Paula said.

For 15 years, the couple has worked on fine-tuning their intuitive and highly technical artistic process to create textural landscapes that suggest mood, atmosphere and mystery.

That process involved modeling a set of techniques on the creation and synthesis of sound that would result in visual images in a digital environment.

The impetus for using sound to create visual art came in the late ‘80s and early ‘90s during their academic research in information design at the University of Wisconsin — Milwaukee, where the couple met. Working with complex data sets, the couple explored the role of sound in representing data in graphics.

“Imagine you wanted to have a whole bunch of variables like income and population density and at a certain point, you can’t show that visually but we thought if you increased the loudness of the sound as your mouse went over a certain area, you could say that represents higher population densities,” Dave said.

While the couple worked with sound in information design, Dave discovered a new creative outlet in sound synthesis. He bought a synthesizer and steeped himself in sampling (taking a sample of one sound recording and reusing it elsewhere), waveform modulation (varying the tone) and composition, and discovered what would eventually become the basis of his and Paula’s art. 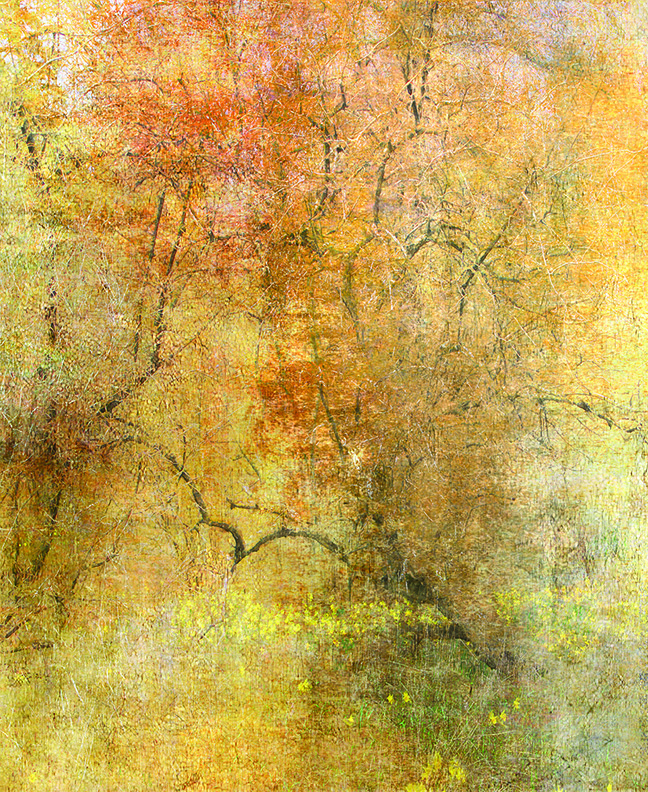 After retiring in 1999, the couple spent a year traveling the country on Harley-Davidsons before moving to Onalaska, Wisconsin, along the Mississippi River. Dave picked up a camera again and realized that, unlike his first foray into photography in the ‘70s, photographs alone weren’t satisfying what he really wanted to create.

“The original inspiration was going back to image and thinking, I want to be able to reconstruct memories, and not just a memory of a place but all of the richness that experience brings to something that the eye doesn’t necessarily capture,” Dave said.

“The basic model for how you create sound through synthesis is something that could work if you had the right technologies for creating visual pieces,” he explained.

Those technologies were just beginning to emerge:  computers, printers and digital cameras with “enough megapixels to make it worthwhile.” For four years, they developed a model that essentially reimagined the way standard tools of digital photography were used:  sounds were replaced by pixels created in Photoshop or acquired by sampling light with a digital camera; Photoshop became a synthesizer and sequencer; and an inkjet printer was the recorder.

Components of electronic music would inspire the color and texture within their digital landscapes. While watching a sunrise years ago, Dave made a connection between events in nature and sound events.

Drawing on a component of electronic music called envelope — how a sound changes over time — Dave began thinking about how nature mimicked resonance and reverb.

“Resonance and reverb actually occur, from an electronic music sense, when the event stops, when the bow comes off the string,” Dave said. “The resonance is happening within the body of the violin so the sound continues and then reverb is what it sounds like in a room — it’s coming off the walls and things like that.”

Those concepts became the way color and light were carried through the landscapes. When inspiration strikes, Dave creates his own music in GarageBand to invoke the mood he hopes to create in his piece. Occasionally, music from popular bands like The Kinks and Aerosmith will inspire a piece, as was the case for their pieces, “Dedicated Followers of Fashion” and “Walk This Way.” 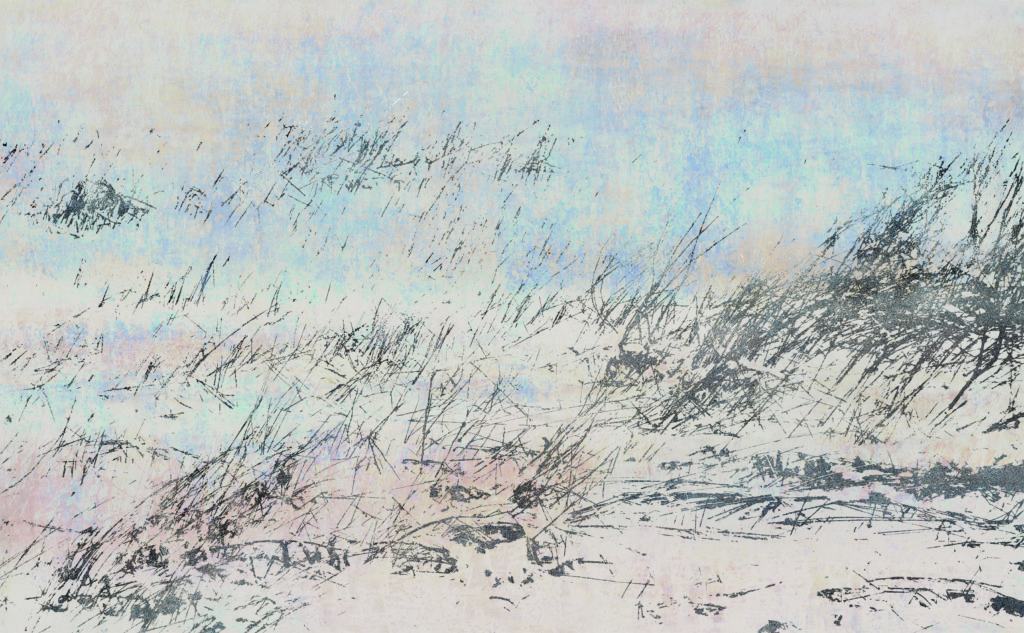 The structures found in their images — of trees and shorelines — are sometimes inspired by forms found in Paula’s photographs but are more often created by Dave. The textures of those forms are created in Photoshop and are especially intricate to reward viewers for looking close.

“We feel that’s something necessary for abstracted pieces — that there are things giving you something all the time as you look deeper and deeper into the image,” Dave said.

While elegance, beauty and curiosity of the landscape are driving forces behind Tilton + Oeler artwork, their ultimate goal is accessibility.

“Technology has always been interesting to me and especially if you can retrieve it from the hands of technologists,” Dave said. “Technology is a human creation, it is about making it something accessible for humans.

“What is more human than creating visual art?” he added. “All the way back to the caves, it is a huge motivator and what if we could make technology create this kind of stuff? It is the human component of this that is really important to us and creating something that’s beautiful, inspiring — these are all things you hope as an artist if you’re doing something that generates those feelings in somebody who is looking at it.”

For more on Dave Tilton and Paula Oeler’s artwork, visit CartaStudioworks.com. In Door County, the couple is represented by Edgewood Orchard Galleries.