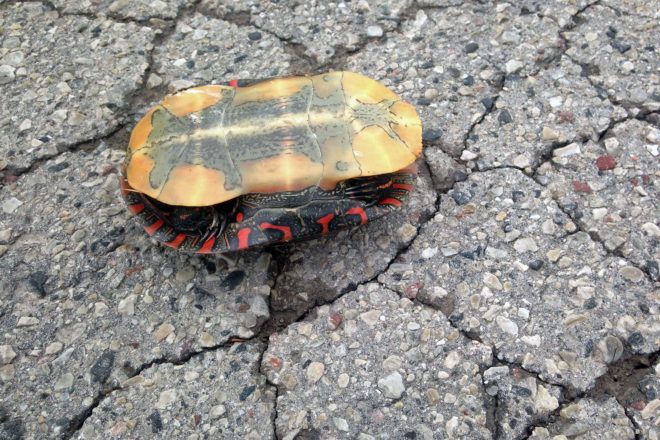 Female turtles return to the same site year after year, known as “site fidelity,” making citizen reports of hotspot road crossings very important in preventing turtles from getting run over, as happened here to a turtle crossing a road in Forestville. Photo by Jim Lundstrom. 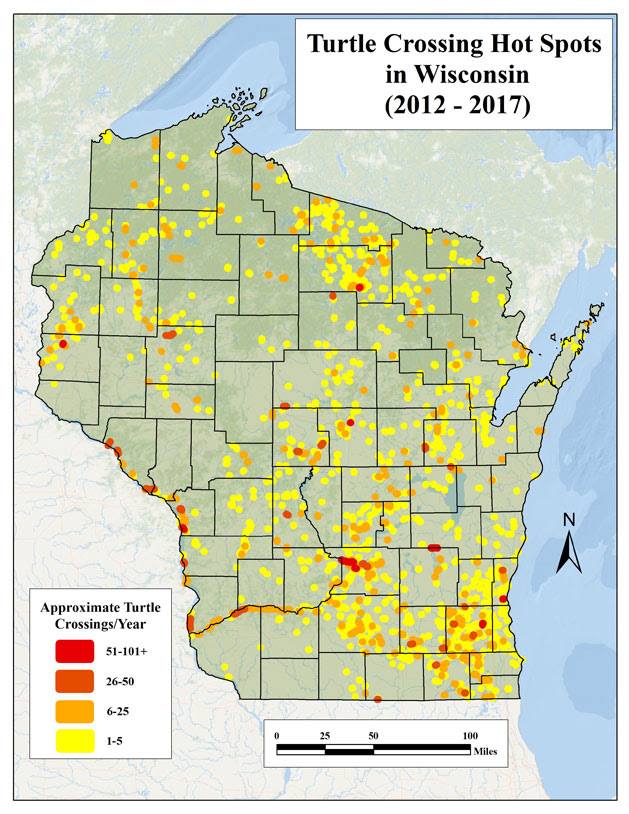 “Citizen reports in past years have been very important for turtle conservation,” said Andrew Badje, who coordinates the turtle conservation program for the DNR Natural Heritage Conservation Bureau. “Such reports have helped us identify problem road crossings throughout the state, and helped us document previously unknown populations of rare turtles.”

Since the project began in 2012, more than 1,300 citizens have reported nearly 3,000 turtle sightings throughout Wisconsin and have identified more than 1,300 turtle road crossing hotspots. Those hotspots include 38 sites where turtles were being run over by cars at high rates.

Turtles getting run over by cars is considered a leading cause of decline in turtle numbers in Wisconsin, especially in highly fragmented areas and areas with high traffic volumes, Badje says.

To report turtle crossings and other turtle sightings, or for additional information about Wisconsin turtles, search online for Wisconsin Turtle Conservation Program.