On the 46th anniversary of Earth Day on April 22, the United States joined 160 countries in signing the Paris Agreement on climate change. The agreement was negotiated at the 21st UN Conference of the Parties in that city late last year. It sets ambitious goals that include holding planetary warming to 2 degrees Celsius (3.6° F) above pre-industrial levels. While the stage for this agreement was set in 1992, when President George H.W. Bush signed the aspirational Framework Agreement on Climate Change in Rio de Janeiro, it took nearly a quarter century of talks to result in commitments across the globe.

The Paris Agreement is the strongest climate agreement to date and represents an important achievement in addressing one of the most significant intergenerational challenges in human history. By signing, these countries are pledging to develop and implement national plans to meet its stated goals.

Much has changed since those first talks in Rio. The effects of climate change are increasingly evident around the world and the results more dire. Pope Francis’s pronouncements add spiritual weight to scientific data. In Paris last December, I was struck by the presence of numerous large corporations supporting the agreement and its goals and of more than 400 mayors concerned about the future of their cities.

Significantly, 154 U.S. companies have signed the American Business Act on Climate pledge in support of the agreement. These companies have operations in all 50 states, employ nearly 11 million people, represent more than $4.2 trillion in annual revenue and have a combined market capitalization of more than $7 trillion. This show of corporate support represents a radical change in the conversation.

Here, in Wisconsin, whether you are a farmer, a forester, an insurance company executive, a business owner dependent on Great Lakes shipping, or a municipal official planning public infrastructure, climate change is affecting your bottom line.

Elsewhere in America, especially in coastal cities across the country, the effects of sea level rise are increasingly dangerous and costly. The impacts in Miami and other cities in Florida are so stark and challenging that, in a rare act of bipartisanship, Republican and Democratic mayors from that state joined forces, imploring the presidential candidates and Florida debate moderators to talk about climate change, and the journalists obliged.

The next few decades offer us a brief window of opportunity to minimize large scale and potentially catastrophic climate impacts. To do so, we need to aggressively increase our efforts to achieve net zero emissions.

There are signs of progress. We have an enormous opportunity to maximize energy efficiency and clean energy. Last year, wind power in the U.S. provided five percent of our total energy needs and employment in that industry rose 20 percent. For the first time ever, more wind and solar capacity was added to the grid than natural gas generation. Even more impressive, solar power garnered $161 billion in new investment in 2015, more than natural gas and coal combined.

Creating greater energy independence and increasing our investments in, and reliance on, clean energy has many benefits beyond slowing the rate of global warming. In terms of dollars and cents, these efforts offer us a multi-billion dollar business opportunity while cleaning up our air, improving public health, and creating new and long-lasting job opportunities.

Achieving a carbon-free and clean energy future will require tremendous effort and focus. It will also require us to consider all potential options for a low carbon emissions future, including, potentially expanding our nuclear energy programs.

This year, on what would have been my father’s 100th birthday, I find myself reflecting on his words from not long before he died. When asked why, at age 89, he still went to work every day fighting to protect our planet and its people, he said simply, “The job’s not done.”

Today, we can celebrate the sense of urgency and commitment among world leaders to address climate change. The choices they, and we, make now will be shaping the global economy, public health and environment for us and hundreds of generations to come.

At the same time, I feel a great sense of disappointment as I read that Wisconsin is among the most unfriendly states to solar power and we lag far behind Minnesota in transforming our energy system and capturing clean power jobs. It is clear from polls that most Americans, including Wisconsinites, recognize the reality of climate change and support clean energy. Despite this support, Wisconsin is suing (filed suit) to stop the national Clean Power Plan and refusing to plan how we can reduce our dependence on coal. This makes no sense from a business or ethical perspective.

So while we celebrate Paris and the global commitment of so many rich and poor nations taking aggressive action to mitigate climate change, it is time to step up and demand that Wisconsin join the conversation about our clean energy future, and acknowledge the global political and scientific consensus. There is before us a great opportunity. We need to seize it and move forward, not backward. 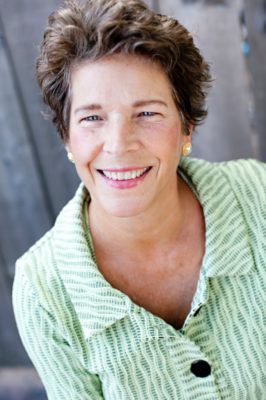 Tia Nelson is managing director, climate, of the Outrider Foundation, a Madison-based, not-for-profit globally focused on climate change and nuclear policy and nonproliferation. She is a longtime Wisconsin environmental leader and former executive secretary of Wisconsin’s Board of Commissioners of Public Lands. Before returning to Wisconsin in 2004, she spent 17 years at The Nature Conservancy in Washington, serving as the first director of its global Climate Change Initiative. She was Co-Chair of Governor Doyle’s Global Warming Task Force (2007-8).

The Climate Corner is a monthly column featuring a variety of writers from around the state and Door County addressing various aspects of the challenges and opportunities climate change presents. The Corner is sponsored by the Climate Change Coalition of Door County, which is dedicated to “helping to keep our planet a cool place to live.” The Coalition is always open to new members and ideas. Contact the Coalition at [email protected]