An anonymous tip and an astute snapshot led the Door County Sheriff’s Department to arrest Jimi Micheau, a 40-year-old Green Bay man, for a series of home burglaries that occurred in Baileys Harbor, Fish Creek and Valmy between April and November. 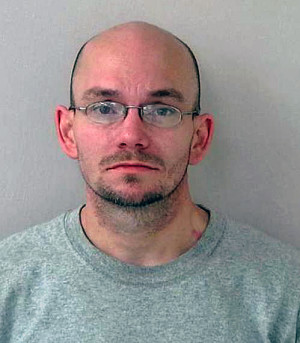 “This gentleman is charged with 20 crimes – 15 felonies and five misdemeanors for all these burglaries that he committed,” said chief investigator Sgt. Connie Schuster. “He’s being charged with seven or eight home burglaries, the earliest of which occurred in April of this year. We’re still investigating, so there could be more charges.”

Schuster said Micheau is not being considered a suspect in the recent business burglaries in Gibraltar.

She added that while some items taken in the home burglaries have been recovered, the department continues to search for the more valuable items.

The arrest came through the help of the public.

“We had an anonymous tip that this person was employed in the Door County area and had talked about getting paid with guns and jewelry,” Schuster said. “And then shortly after that, within a day or two, one of the places that was burglarized, a family member had happened to see this gentleman parked in the driveway and they took a picture of his license plate and him. We got that information. It took more investigation to tie him into the other burglaries since he was not forthcoming. That was very smart and on the ball to think so quickly and get out the phone and take a picture and get him, the car and license plate all in one picture. That doesn’t happen often.”

Schuster points out that “the sheriff’s department can’t be everywhere all the time. We rely on the community to help us out. We still had to do a lot of additional work to get these 20 crimes, but without those two pieces of information, it would have been difficult for us to find this person. When someone like this is walking into people’s homes, we get very concerned about that person harming someone in the home, or the suspect getting harmed walking into a house where he’s not supposed to be. We don’t want to see anyone hurt.”

Schuster also points out that the tips from the public were just the start of building a case.

“It was a collaborative effort with the entire department,” she said. “It takes a lot of work to get something like this with a case to take to the district attorney’s office and be successful in court. I know some people get very frustrated, thinking we’re dragging our heels, but we have rules to follow and if we don’t, it goes nowhere in court and the guy gets released. We don’t want that. We want something the district attorney can move forward with.”