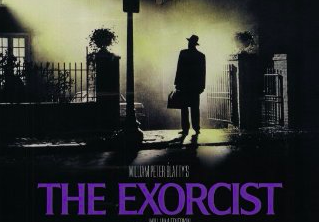 If you didn’t already know, we’re here to tell you it’s Halloween time. Get your spook on with this list of the scariest movies the Pulse staff has ever seen (in no particular order). Here are five to whet your appetite; the rest are listed below.

You might want to grab a friend – literally – when you watch some of these. Otherwise, invest in a big nightlight. Good luck!

One of the most profitable horror movies ever made, this tale of an exorcism is loosely based on actual events. When young Regan starts acting odd – levitating, speaking in tongues – her worried mother seeks medical help, only to hit a dead end (so to speak). A local priest, however, thinks the girl may be seized by the devil. He makes a request for an exorcism, and the church sends in an expert to help with the difficult job.

The story revolves around a predatory monster that can transform itself into the worst fears of children: its prey. It mostly takes the humanoid form of a vicious but darkly comedic clown called Pennywise. The Losers Club – a group of outcast kids – discovers Pennywise and vows to kill him by any means necessary. The action takes place during two time periods: when the Losers first confront Pennywise as children in 1960, and when they return as adults in 1990 after he resurfaces.

A couple travels to Sweden to visit a friend’s rural hometown for its fabled midsummer festival, but what begins as an idyllic retreat quickly devolves into an increasingly violent and bizarre competition at the hands of a pagan cult.

In New England in 1630, panic and despair envelops a farmer, his wife and their children when their youngest son, Samuel, vanishes. The family blames Thomasin, the oldest daughter, who was watching the boy at the time of his disappearance. With suspicion and paranoia mounting, twin siblings Mercy and Jonas suspect Thomasin of witchcraft, testing the clan’s faith, love and loyalty to one another.

During the presidential election of 1988, a teenager named Donnie Darko sleepwalks out of his house one night and sees a giant, demonic-looking rabbit named Frank, who tells him the world will end in 28 days. When Donnie returns home, he finds that a jet engine has crashed into his bedroom. Is Donnie living in a parallel universe? Is he suffering from mental illness? Or will the world really end?