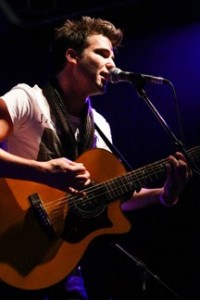 Coming off the success of their New Year’s Eve concert together, Todd Carey and Door County’s The Offseason, featuring Nick Hoover, Elliot Goettelman, Josh Gregory and Rob Gay, join forces once again on July 6 at The Hitching Post to celebrate and honor the music of The Grateful Dead.

“I am quickly approaching the anniversary of my first Grateful Dead show as a kid. It turned out to be the last show of their 30-year career. Visionary Jerry Garcia passed away less than a month later,” recalls Carey. “Thankful I got to experience that, and have always tried to keep a small thread of the Dead spirit running through my music. Tonight, I’m paying tribute with a full band set of all Grateful Dead music.”

The evening will begin at 9 pm with a solo acoustic set by Todd Carey, followed by a short set of originals by The Offseason. The two will join to form The Heart Of Gold Band, performing songs of The Grateful Dead until the evening commences. There is a $5 cover charge at the door.

The Hitching Post is located at 4849 Glidden Drive in Valmy. Affordable taxi service to and from Sturgeon Bay is available. For more information call 920.743.5735.

To learn more about The Offseason look for them on Facebook or catch their upcoming performances, July 26 and Aug. 17, at Husby’s in Sister Bay.