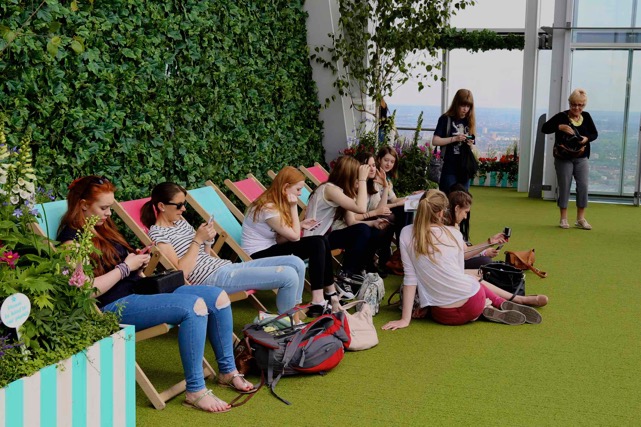 Groenfeldt is a freelance writer and photographer. Mostly self-taught in photography, he took a course at The Clearing Folk School when he was 15, spent a summer working with Wayne Harmann in Sturgeon Bay, and studied critical approaches to photography at the International Center of Photography (ICP) in New York.

Groenfeldt likes to do photography of people on the streets of big cities where writing assignments take him occasionally. The TAP show includes images from New Orleans, Dubai, Hong Kong, Istanbul, Paris and London. 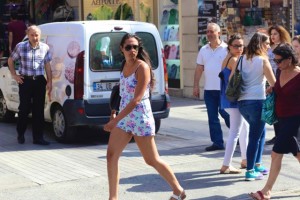 “At TAP I have a photo of a girl in a short skirt striding along a street in Istanbul. Two men watch in admiration, while another young woman looks back over her shoulder to see if the skirt is as short as she thought it was. I was busy shooting the attractive girl; I didn’t see the others looking at her until I pulled up the sequence on my computer,” said Groenfeldt.

He continued, “Another shot I like has a group of high school girls at the observation deck at The Shard in London – the highest building in Europe. The views are fabulous, but all the girls are hunched over their smartphones and ignoring the real city. Those are moments I managed to see and catch; I have no idea how many more I missed, but I am constantly looking.”