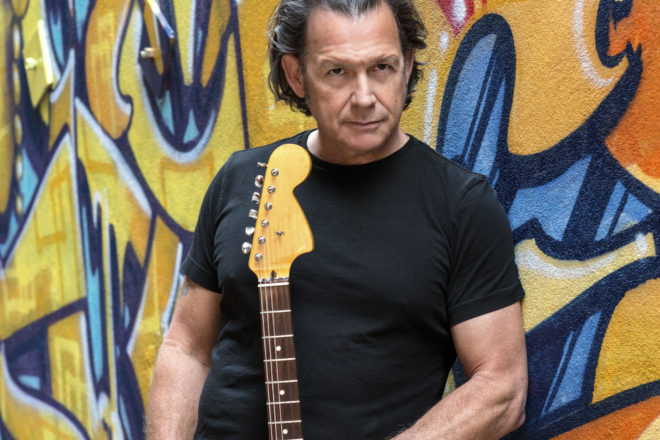 Night after night, Tommy Castro, a fierce and fiery road warrior, fervently delivers his driving, blues-soaked, soul-baring music to fans all over the world. Over the course of his four-decade career, Castro has played thousands of shows to hundreds of thousands of fans, packing dance floors. He has released 14 albums filled with original blues, soul and West Coast rock.

Hailing from the San Francisco area, Castro, along with his band The Painkillers (currently featuring bassist Randy McDonald, keyboardist Michael Emerson and drummer Bowen Brown), plays music that is guaranteed to fire up fans and leave critics searching for new words of praise. Now, with the album Method To My Madness, the group turns the intensity up another notch.

“My main objective when making a new album,” said Castro, “is to do something different from before. I’ve always been a blues guy; it’s what I’m meant to do. But I’m always listening and reacting to what’s going on in the outside world, experimenting with my guitar tone and my songwriting approach to constantly keep my music fresh. In the end, though, my brand is on every song.”

“With the new album,” said Castro, “I was trying to get back to my basic ingredients: blues and soul. I went for the energy of connecting with my band. We kept everything raw, capturing the feeling of playing live.”

This concert series is free to the public and takes place at the Peg Egan Performing Arts Center (PAC) on Church Street in Egg Harbor. In case of rain, all concerts are held at the Calvary Methodist Church at 4650 Country Rd. E. Carry-ins are welcome. For more information call 920.493.5979.