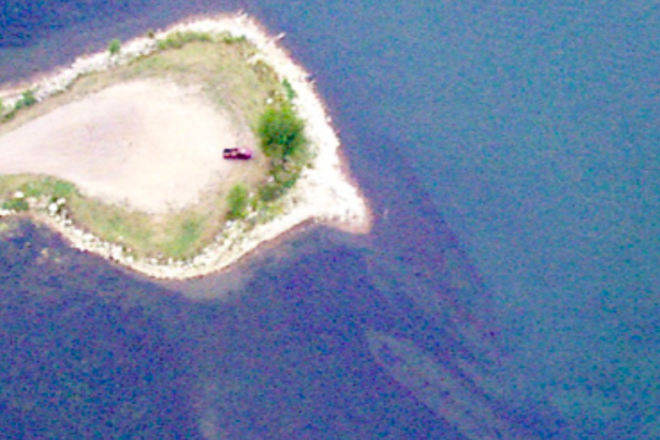 Bullhead Point in the City of Sturgeon Bay is well known for the three abandoned vessels that were burned off its waterline in 1931. The hulls of the vessels Ida Corning, Oak Leaf and Empire State lie just offshore from the point and remain visible at low water. Source: Wisconsin Shipwrecks.

Tracking the path of governmental approvals is not an easy process for those who don’t do it for a living. The trajectory became even more complicated recently for those who have been trying to follow a proposed ATV/UTV route being planned for their neighborhood within the City of Sturgeon Bay.

“Neighbors are livid in opposition to this proposed trail,” said Dave Allen, a North Duluth Avenue resident. “They were never notified that such a trail was in the works,” becoming aware of it “just by luck.”

Door County has roughly 60 miles of all-terrain vehicle (ATV) and utility terrain vehicle (UTV) routes, the majority meandering around the Southern Door communities of Brussels, Gardner, Nasewaupee and Union. The Nasewaupee Town Board recently voted to extend those routes within its borders by adding County C from County PD up to Sturgeon Bay’s boundary at North Duluth Avenue. Once there, a new city route was expected to deliver ATVers to Bullhead Point along the channel next to Potawatomi State Park.

County C is a county highway, so approval by the Door County Board of Supervisors on Feb. 23 followed the Town of Nasewaupee’s Feb. 18 approval. Both the town and county approved the route because they believed they had an endorsement from the City of Sturgeon Bay to do so. That endorsement came from what has turned out to be a premature letter from the city’s Parking and Traffic Committee.

That city committee did officially recommend the city open a half-mile route on North Duluth Avenue between Elm Street and Bullhead Point to ATV use. According to the minutes of that meeting, the route would enable ATVers to travel all the way to Green Bay by ATV.

But that approval came on Jan. 26 – after the committee sent a Jan. 10 letter to the Town of Nasewaupee asking that the town open the route to ATV use, and after it sent the same letter, dated Jan. 22, to Door County Highway Commissioner John Kolodziej asking for the county’s approval on the route.

The members of the Parking and Traffic Committee had also talked about the issue on Oct. 26, 2020. That conversation ended, according to the meeting minutes, at researching the issue further, with input from the public safety departments, to ascertain “if this is what the city really wants.”

The committee did not meet again before sending the Jan. 10 and 22 letters to the town and county, meeting next on Jan. 26 to approve the route.

The letter was signed by Alder Kirsten Reeths, chair of Parking and Traffic; and Alder Gary Nault, vice chair, triggering the county’s and town’s approvals. The county considered the letter an endorsement by the City of Sturgeon Bay, as confirmed by Ken Pabich, Door County administrator. And Steve Sullivan, Nasewaupee Town Board chair, said the town had discussed opening the route in the past, but with the letter, “we had more interest.”

The letter to Nasewaupee was backed by an in-person request from Alder Nault, who appeared at Nasewaupee’s Jan. 14 board meeting to request the town extend its ATV route, according to the meeting minutes. He told the town board the city was considering opening North Duluth Avenue to Bullhead Point as a trial for one year.

When reached, Nault said there were a lot of misunderstandings about the issue but that he wanted to address those at the next committee meeting, March 22, rather than through the newspaper. He deferred questions to the chair of the Parking and Traffic Committee, Alder Reeths. She was not available for a conversation until after the Peninsula Pulse’s deadline, but she said the committee would take up the issue again during the committee’s March 22 meeting.

Even if the Parking and Traffic Committee had approved the route prior to the letters being sent, that committee can’t act alone. The Common Council must approve its recommendations. That may have been slated for council consideration March 2 but for corrective action taken by Mayor David Ward.

“There was a proposal coming to the city to approve an ATV trail,” Ward said during the March 2 Common Council meeting. “I asked that that be removed and referred back to Parking and Traffic. That meeting will be noticed, and everyone will have an opportunity to comment.”

Allen and LeBrun both said they opposed the North Duluth route because it would be dangerous: The road is narrow, winding and steep, and it doesn’t have sidewalks. Allen also said the route is part of the Ice Age Trail, which is “envisioned as a quiet sport experience instead of a motorized one.”

Allen suggested that if the city wanted to give ATV riders access to the channel, it should allow use from County C to Otumba Park via streets that are wider and straighter and have sidewalks. He also wanted the city to adopt an ATV/UTV use policy for the entire city, as was suggested during an Oct. 26, 2020, Parking and Traffic Committee meeting.

“There were reasonable ideas brought forth about protecting neighborhoods and creating a citywide ATV rule system,” Allen said. “They did none of that.”

City residents can weigh in on the issue now that it’s been referred back to the Parking and Traffic Committee for discussion March 22. More people spoke against the new route than for it when Nasewaupee went through that approval process in the town, Sullivan said. Most opposed it on the grounds that it would cause too much ATV traffic, he said. Sullivan and town board Supervisor Don Sixel disagreed. (The third board member, Dennis Rimert, was excused.)

“People aren’t real crazy about driving ATVs on roads for miles and miles,” Sullivan said. “We have trails all over Southern Door, and you don’t see much traffic. It’s basically local people. They want to get to the water and a restaurant.”

“The trail we approved goes to Bullhead Point, but it has to be with the city because that road is shared,” Sullivan said. “Both would have to approve. So if we both don’t agree, no one can use that section.”