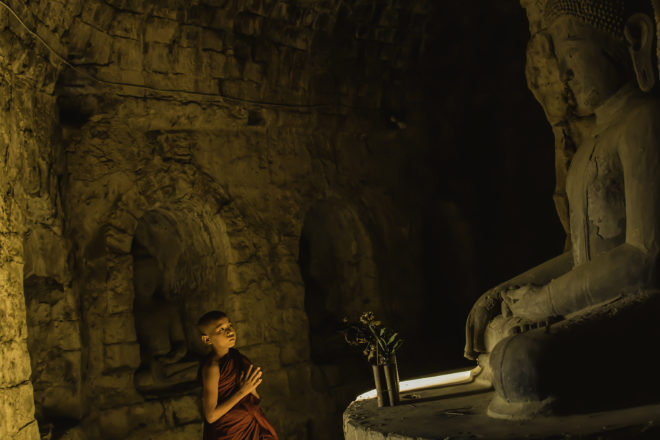 Edie Swift, a lifelong traveler and photographer, will show her photographs at Linden Gallery on July 15 in the exhibit, A Window Opens: Burma.

Swift spent her career abroad as a speech pathologist and wife of a Foreign Service Officer. Trained at the University of Wisconsin, Swift was an integral part of international medical teams assisting children with cleft palates. Part of her job was working with the University of Wisconsin Cleft Palate team, which took her on 15-plus overseas trips to Asia and Africa. Swift states even though she encountered some of the world’s worst medical conditions, the people she met were always wonderful and grateful.

Throughout her medical career, Swift was always toting around her camera. While working in South Africa, she recognized that finding a darkroom was limited and discovered the joys of digital and in particular, a Nikon camera. It was in Africa when she engaged with the local villagers by seeing how they lived and what they valued. Swift said that during these times she actually felt “like my camera was a hug” and “I think they really knew I was trying to capture affection.”

The current exhibit at Linden Gallery will feature images of Burma/Myanmar, a country that is opening up to the world. Swift hopes to convey some of what she saw and wishes to open a conversation with the viewer, including our reaction to cultural diversity. Swift will continue to travel, especially since her son lives in Burma.