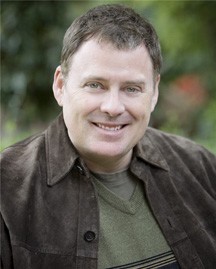 The Tuesdays at TAP benefit series will conclude May 15 at 7:30 pm with a special concert by Joel Kopischke benefiting Peninsula Players Theatre. The concert will feature songs from past Players productions, songs related to plays from the Players 2012 season and songs about summer in Door County. Songs will be interspersed with information about the Players ‘2012 season and Players’ history.

Kopischke has performed professionally for more than 25 years, on stage, TV, radio and more. He wrote, directed and performed in several original cabaret shows and revues in such venues as Broadway Baby Dinner Theatre, Davenport’s (Chicago) and Peninsula Players. He has appeared in productions with the Milwaukee Symphony, American Folklore Theatre, Madison Opera and Skylight Music Theatre, where he recently played Marcellus in The Music Man. In 2005 Kopischke wrote, performed and released a critically-acclaimed CD of original humorous holiday music entitled I Got Yule Babe.

General admission tickets are $15 for adults and $10 students. For more information or to purchase tickets call 920.743.1760, visit http://www.thirdavenueplayhouse.com, or stop by the TAP box office located on Third Avenue in Sturgeon Bay.