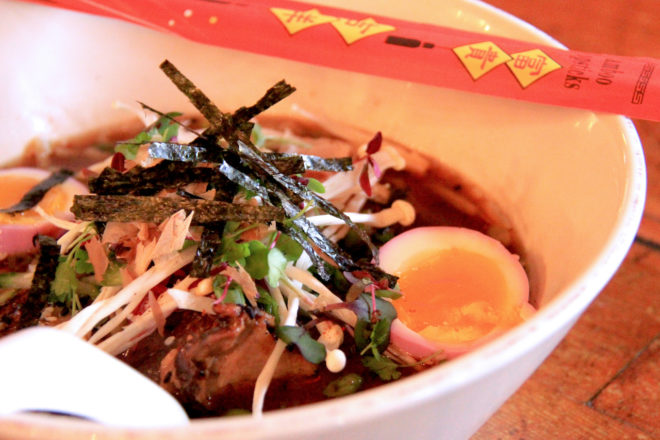 Located in Sister Bay, a village well known for having a strong Scandinavian heritage, Bier Zot is expanding the food scene with Central European flavors and beyond. Its eclectic menu features items like Korean-inspired mini tacos, poutine worthy of French Canadian envy and cauliflower deep-fried in a Japanese tempura batter. Now that the temperature outside has cooled, another Asian dish has earned the spotlight as one of the most popular items on the menu: the Zot Ramen.

The Belgian-style beer cafe and gastropub became known for hawking high-quality ramen after promoting “ramen night” during the last several years. Now, after steadily gaining loyal fans, the ramen has become one of the most popular menu items.

On a mid-October afternoon the indoor bar area was cozy and inviting when I stopped in for a late lunch. Fitting with the European theme, decorative drinking steins donned the shelves and my tap beer was served in a thick glass mug sturdy enough to withstand several thousand rounds of enthusiastic toasting. I took a sip of my amber-hued Grevensteiner, a Zwickelbier style beer from German brewery C. & A. Veltins, while skimming the menu. 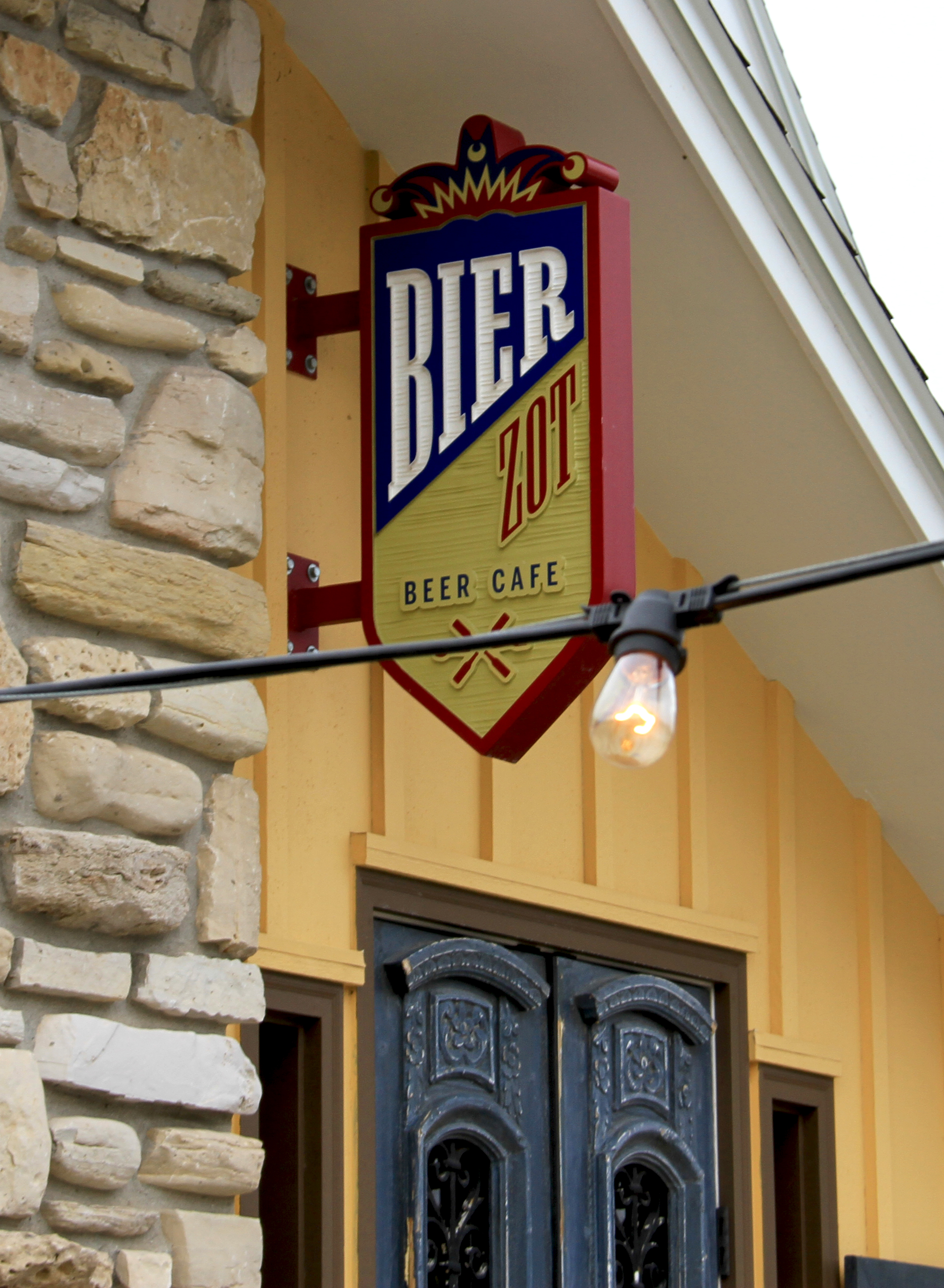 The Zot Ramen was offered with pork belly or beef, and being in the mood for something richer, I ordered the pork belly version. The traditional structure of ramen consists of of chewy alkaline noodles, umami flavored broth and various toppings typically including sliced meat, a soft-boiled egg, pickled vegetables, mushrooms and seasonings, and the Bier Zot version follows this template.

My order swiftly appeared in a large bowl accompanied by chopsticks and a Chinese soup spoon. The dark brown broth had a miso base and served as the foundation for the rest of the ingredients. In the center of the bowl sat the wheat noodles topped with skinny white enoki mushrooms, fresh edamame, micro greens, chopped scallion and strips of nori. Pickled ginger and two halves of a soft-boiled egg clung to the sides of the bowl while the thick cuts of pork belly lay prominently off-center of the noodle mound. Black and white sesame seeds were sprinkled atop everything for a finishing touch.

I’ve eaten ramen in several restaurants in Madison that claim to specialize in the dish and those experiences left me wanting; underwhelming ramen features either too much broth and too little ingredients or a broth that tastes closer to chicken stock than the richer shoyu or miso versions used for ramen. Yet on this occasion, I didn’t pause for another sip of beer until the entire bowl has been consumed and finished with a final sip of broth. The rich combination of fatty pork belly, salty broth and acidic pickled eggs and ginger made for a satisfying broth, the broth-to-ingredient ratio was balanced and the chewy brown noodles satiated my appetite. Now I can say I understand the upward trend of ramen’s popularity and how this ramen came to find a permanent home on the Bier Zot menu.