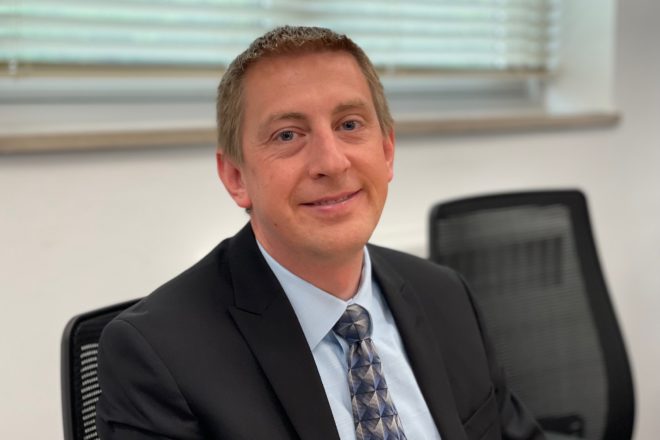 Retirements and job changes have caused turnover at the top of four County of Door departments: the Corporation Counsel’s Office, the Door County Soil and Water Conservation Department, the Door County Library and the Public Health Department. Only the latter, which opened last month, has yet to be filled.

Sean Donohue started June 1 as the county’s new corporation counsel. He came from Dodge County, where he’s been an assistant corporation counsel for the past five years and was in private practice before that. He practiced in Illinois for a little while before moving to Dodge County, and perhaps he would have spent his entire career there, had the position not opened up in Door County.

“It was probably the only position that I would have left Dodge County for,” he said. “I grew up here; my wife has summered up here her whole life.”

The Northport native is a 2001 graduate of Gibraltar High School. UW-La Crosse was next, followed by Chicago Kent College of Law in downtown Chicago.

Donohue and his wife, Tracey, found a house in Gills Rock, and their three children, all between the ages of 6 and 11, will go to the Gibraltar School District.

Grant Thomas, who has served as the county’s corporation counsel since 1997, will stick around during a long transition period, possibly into 2023. Thomas gave notice of his pending retirement in January, and the county began searching for a replacement.

As the in-house attorney for the County of Door, the corporation counsel prosecutes and defends all civil actions on behalf of the county.

Only three people have led the Door County Soil and Water Conservation Department as county conservationist. The first was Bill Schuster, who created the position in 1979 and retired in 2016 after 37 years. Next came Erin Hanson, who recently resigned her position to take a job with the Department of Natural Resources closer to her home, which is more than an hour’s drive from the Door County Government Center, where she led the department for the past five years.

Greg Coulthurst, who had worked in the department since 1993 – the majority of that tenure under Schuster – decided it was time to step up and was officially promoted June 28 by the Door County Board of Supervisors.

Coulthurst, a Nasewaupee resident, grew up in central Wisconsin, graduated from UW-Stevens Point, and was working as an independent contractor doing wetland restoration in Waupaca County before being tapped for a job in the Door County office.

“The intent was to come here and get some experience and maybe go back home,” he said. “Fortunately, I met my wife [Christine] here, and we’re still living happily ever after.”

Dominic Frandrup became the new director of the Door County Library system in June, having most recently served as the library director for the Antigo Public Library.

He was hired for the position vacated by Tina Kakuske, who retired in March of this year. To learn more about him, listen to the Door County Pulse Podcast episode (at doorcountypulse.com/podcast) in which special issues editor Grace Johnson interviews Frandrup about his time with the library, making the move to Door County and what he’s looking forward to in his new position.