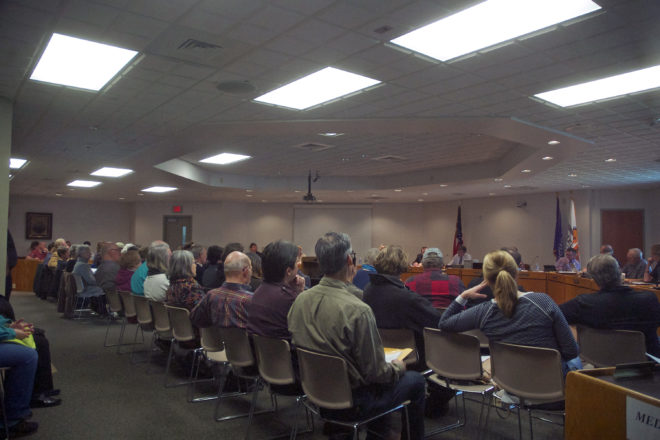 A major shift could be felt in Sturgeon Bay at the May 2 common council meeting when consensus was reached on the fact that everyone is tired of the westside waterfront redevelopment wrangling. That fact was reiterated through the three-hour meeting.

The council chambers were nearly full for the noon meeting, mostly because a couple of items on the agenda blew up through social media because they were interpreted as a mad power grab by Mayor Thad Birmingham. In fact, one speaker during the more than one-hour-long public comment period referred to Birmingham as the “Czar.”

In particular, items 10 and 11 on the agenda are what attracted the crowd. The first was a resolution authorizing the mayor to negotiate a settlement of the westside waterfront redevelopment project, and the second resolution requested special legislation to describe the Ordinary High Water Mark (OHWM) on the disputed piece of property.

However, after the lengthy and often repetitive public comment period, it was revealed that 3rd District Alderman David Ward had written the resolution that had caused so much consternation, and he asked to amend his resolution by adding “the mayor or his designee” will conduct the negotiations. 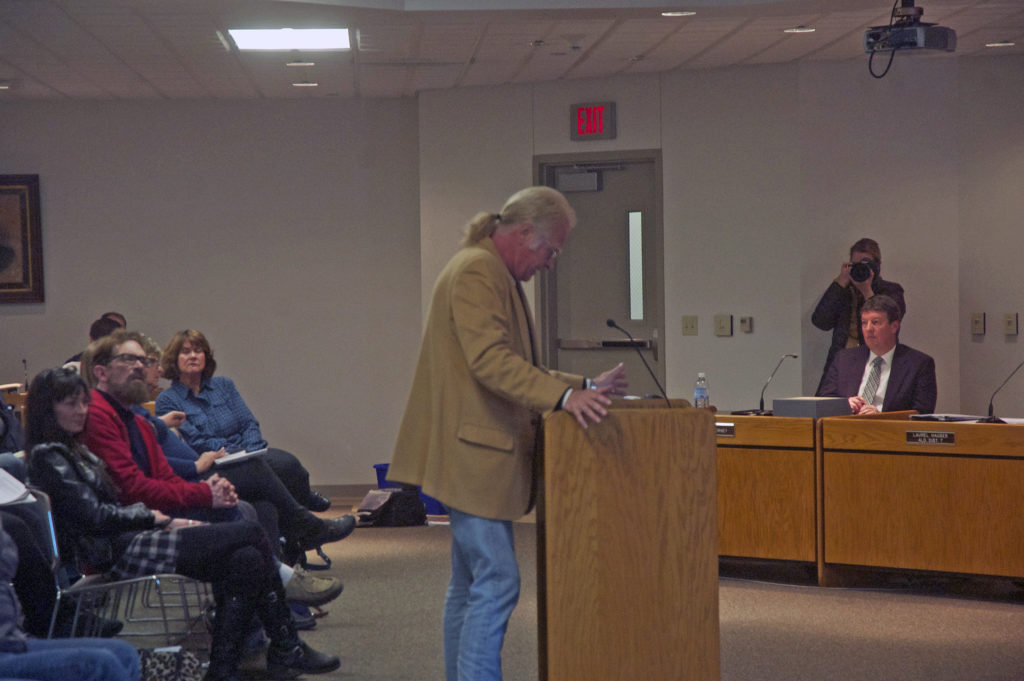 John Yount was one of only two people to speak up in favor of the Westside Waterfront Redevelopment project moving forward as planned. Photo by Jim Lundstrom.

First District Alderwoman Kelly Catarozoli entered her own amendment to the resolution, calling for council members Ward and Laurel Hauser to serve as the negotiating committee, a move that was unanimously approved by the full board.

Ward then sought to end the meeting on a “high note” by postponing the resolution on special legislation until the council’s next meeting on May 16, which was seconded by Catarozoli. A groan went through the crowd when Ward said there is a time factor for the OHWM resolution because the legislative session will come to an end in June (or after passage of the 2018-19 budget), causing Catarozoli to withdraw her second to postpone the resolution until the next meeting.

Ultimately, the board decided since negotiations will be held by the two appointed council members with the Friends of the Sturgeon Bay Waterfront and the Wisconsin Department of Natural Resources, a legislative resolution would only muck up the works, so the item was tabled indefinitely, which brought applause from the audience. 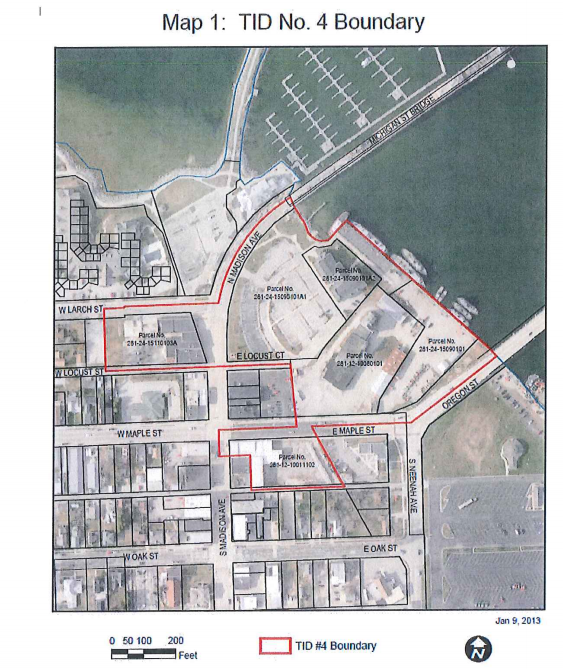 The council also voted for a resolution to have the state Department of Revenue redetermine the base value for Tax Incremental Financing District #4, which includes the westside waterfront. The redetermination is allowed if the TIF district has gone down in value by at least 10 percent. The city contends it has gone down as a result of the fire and subsequent demolition of the Harbor Place Shoppes.