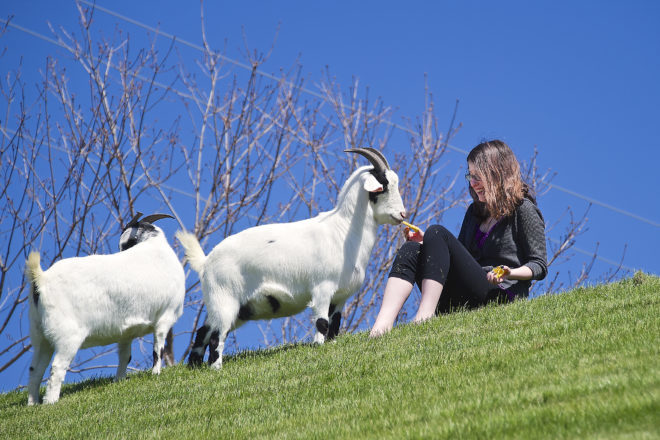 The United States Supreme Court refused to hear a petition from a New York attorney who sought to cancel the “goats on a roof of grass” trademark owned by Al Johnson’s. The court’s June 22 denial put the decade-long lawsuit to rest for good.

Attorney Todd Bank has been involved in attempts to strip Al Johnson’s of its trademark since 2011. Bank claimed that the trademark was demeaning to goats, which caused him personal harm. In December 2019, a federal circuit court dismissed Bank’s petition on the grounds that he didn’t have standing to bring the claim. In other words, even if the trademark was demeaning to goats, Bank was not personally harmed by it.

Bank petitioned the U.S. Supreme Court on April 15, claiming that the federal circuit court “ignored the axiomatic principle that standing is distinct from the merits.” The Supreme Court’s refusal to hear the case essentially ended the debate.

“A party that wants to cancel a registered trademark, like Al Johnson’s Goats on the Roof Trade Dress, must first establish some type of harm,” said Al Johnson’s attorney, Katrina Hull, in December. “Mr. Bank did not allege any facts that suggested that he had been harmed in any way by the goats on the roof.”Al Johnson’s obtained the legal trademark to “goats on a roof of grass” from the United States Patent and Trademark Office in 1996. The restaurant has defended that trademark through the years, even leading to 2010 coverage in the Wall Street Journal.