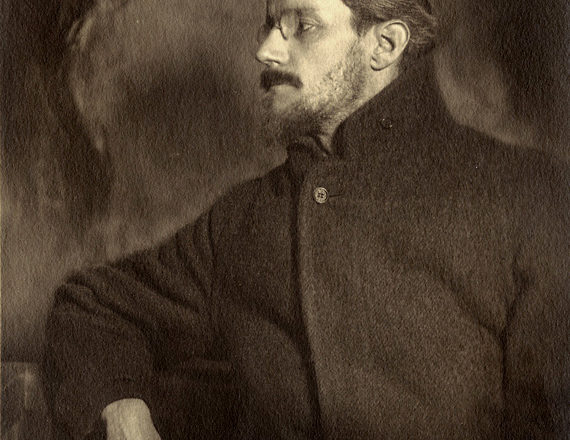 If you ever had a math teacher in school with a nerdy bone in their body, then you likely got to eat pie in class on March 14 to celebrate Pi Day. If class had extended later into the summer season, then perhaps you would have celebrated Bloomsday on June 16 in English class.

Since (fortunately) school has always been out by then, Write On, Door County will sponsor an all-day Bloomsday Celebration, an event whose themes reference Irish writer James Joyce’s famous modernist novel, Ulysses.

Set in Dublin on June 16, 1904, the events of Ulysses detail a day in the life of the novel’s two protagonists, Stephen Dedalus and Leopold Bloom (from whom the celebration gets its name) as they go about their dealings in parallel to the story of Homer’s Odyssey. Featuring a wide range of writing styles across its 18 episodes, including stream of consciousness writing and a whole episode written in the structure of a play script (complete with stage directions), Ulysses is widely recognized in the community of English Literature as a hallmark of virtuosity in modern writing.

Originally published in serial form in 1918-20, it was released as a compiled work in 1922 and has a reputation of being extremely difficult to read.

“Ulysses is probably the best-known book that nobody has read,” said Jerod Santek, executive director of Write On, Door County.

The novel is at times very crude; an obscenity lawsuit was brought against The Little Review, the U.S. publication the serialized version appeared in, and the full novel was banned from the United Kingdom until the 1930s, after the U.S. had overturned its ban on the book.

Write On’s choice to do an event based around Ulysses is oddly fitting. One of the greatest barriers to creative work can be pressure emanating from those who have come before us; our deification of those held up through time for their intellectual or artistic accomplishments may make creative acts seem more titanic, more intense, more masochistic. So, when Write On’s mission of engaging the public in the writing process is paired with one of the most notoriously opaque works of literature in history, the image that results is either ambitious or brilliant. Despite the reputation of Ulysses, the novel is wrought with wordplay and humor. To use the tradition of this celebration may be just the thing to bridge the gap between the general public and what may seem at times like a collection of esoteric tomes.

“We wanted to encourage people who maybe are hesitant to write or don’t think that they can write at all, to just introduce something fun and creative,” Santek said. “Get them writing and get them used to [the idea that] this isn’t some scary thing.”

For those who are enticed by Joyce’s style, several unique writing opportunities are planned. Begin at Sawyer Park in Sturgeon Bay by participating in family-friendly activities. First, add a line in a collective stream of consciousness piece detailing “a day in Door County life.”

Later in the park, a “nano-fiction” challenge will be presented: write a short story containing no fewer than 42 words and no more than 57 words. The best pieces may get published in the Pulse. (For perspective, this paragraph contains 42 words.)

Riffing on the Irish theme, participants will stop by Madison Avenue Wine Shop to taste Irish cheeses with wine pairings in their recently remodeled space.

The last attraction of the night is a limerick pub crawl, which will begin at Kitty O’Reilly’s Irish Pub on Oak Street. Participants will be given the first line to a limerick, which they will then expand upon as the crawl continues. When it arrives at Starboard Brewing Company, participants will finish their limericks and then a public reading will take place.

Write On’s Bloomsday Celebration is not just an ode to an old book; it’s an opportunity to come together over an art that is by nature very isolating. Which is the mission of Write On, Door County: to inspire people to write and to share their stories. Even if they’re not long. Even if they might not be received well.

Join Write On, Door County at noon on Friday, June 16 in Sawyer Park to begin the festivities. The limerick pub crawl begins at 5:30pm and visits four bars. For the complete schedule, visit writeondoorcounty.org/event/bloomsday-sturgeon-bay.