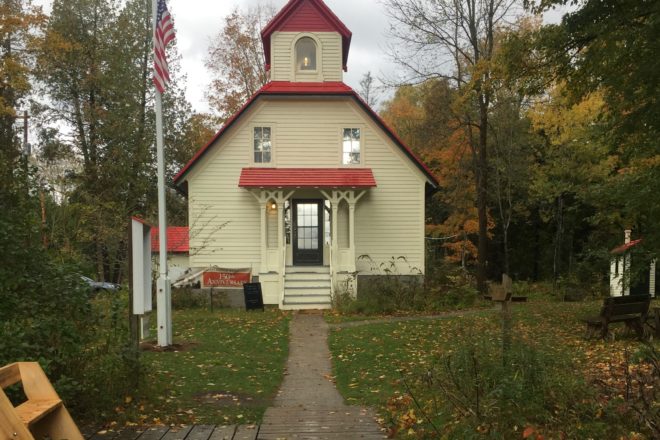 The Ridges Sanctuary began its Restore the Range Light campaign in the spring of 2016, and since then, it has raised more than $305,000 to restore the iconic Upper Range Light to its early-1900s appearance. With these funds secured, the campaign officially closed on Sept. 30.

“The support from the community, volunteers and donors has been overwhelming,” said Ed Miller, a range-light docent, former board member and chair of the Restore the Range Light campaign committee. “After completing the restoration of the Lower Range Light in 2013, we knew we had to turn our focus to the Upper.”

The restoration kicked off in 2017 with replacing the roof, and other projects followed in preparation for the 2019 summer season. Plans have now been made for the remainder of the work, which is scheduled to conclude by summer 2020. The original privy and oil house were also included in the campaign.

In June, The Ridges Sanctuary celebrated the 150th anniversary of the Baileys Harbor range lights with more than 250 people.