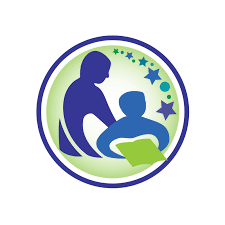 Door County has a reputation for wealth, tourism and red-hot real estate, but many of its schools are educating an increasing number of children from low-income families.

The percentage of students from “economically disadvantaged” households in the Gibraltar, Southern Door and Sturgeon Bay school districts has increased steadily over the past five state report cards.

For the first time, Sturgeon Bay’s disadvantaged families surpassed 51%, qualifying the district for a high-poverty aid grant from the state of just over $59,000. The money will arrive the fourth Monday of March, said Jacob Holtz, business manager for the Sturgeon Bay district. The state aid offsets the use of local tax revenue in the budget.

The guidelines establish that students in a household of four with an income of $34,450 per year or less qualify for free school meals. If a family’s yearly income is between $34,450.01 and $49,025, children are eligible for reduced-price meals. Source: Wisconsin Department of Public Instruction.

“It will be recorded toward our general-fund revenue; however, it does not increase any revenues,” Holtz said.

The “economically disadvantaged” statistics come from the percentage of families that report incomes to the school that qualify them for free and reduced-price meals. Dan Tjernagel, superintendent of Sturgeon Bay Schools, said the aid could continue for years to come if the income levels remain above 51%. He did not pinpoint any single reason for the trend.

“While there certainly are COVID-related dynamics with the workforce and employment trends, we also know that Door County has seasonal employment dynamics that are not new,” Tjernagel said. “A public school district is and should be a reflection of its local community; seeing the numbers shift within our district certainly is an indicator of changes within the overall community.”

Sturgeon Bay will also receive the high-poverty aid during the next school year because the state uses data from even-numbered years, Holtz said.

The Gibraltar School District, which encompasses the tourism-heavy northern half of the peninsula, has seen “financially disadvantaged” percentages increase from 26.1% in 2015-16 to 41.6% in 2020-21 (see the accompanying chart). Superintendent Tina Van Meer noted the trend and expressed more concern for families than for district funding.

“Gibraltar continues to see a steady increase in the number of economically disadvantaged students over the past several years,” Van Meer said. “It would not be surprising to see our district reach 50%. The cost of living is considerably higher in Door County. Many of our parents work more than one job to support their families, especially during the winter months when tourism slows down considerably.”

In Southern Door, where an upward trend in low-income families has also occurred, Superintendent Chris Peterson said he thought the percentage of students from financially disadvantaged families is “likely greater than what is actually reported by families in our district,” and he anticipated more increases over the next two years.

The tiny Washington Island School District recorded only 14.6% of families as financially disadvantaged on the 2020-21 report card and zero on the 2018-19 report card. However, Superintendent Michelle Kanipes said the district does not have a school-lunch program, and some federal and state funding hinges on percentages of low-income families. There’s little incentive for families to report income to the school district.

“Since we don’t have a hot-lunch program, we have a difficult time getting accurate income counts. We try but don’t always get 100% return of information from families,” Kanipes said. Some consider it private information, and because the island has a tourism-based economy, some families have fluctuating incomes.

Kanipes said the school still encourages parents to provide income information because nonreporting can drastically reduce the amount of federal Title I funding the district receives.

The number of low-income families hasn’t changed much over the years in Sevastopol, where Superintendent Kyle Luedtke said that when families move in or out of the rural district, it doesn’t see a big fluctuation in income levels in those single-family homes.

“We’re rural. There’s not a lot of housing in Sevastopol,” Luedtke said, and added that there also aren’t many apartments for rent.