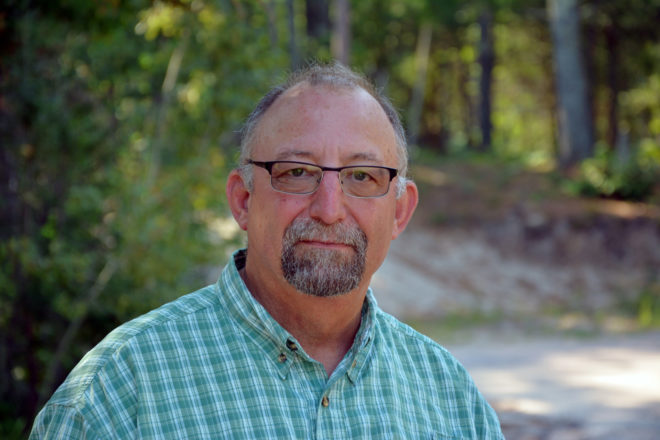 On Oct. 6, UW-Extension specialist Bill Rizzo gave two presentations in Door County discussing how to engage the community and public in local government. At the Jacksonport Town Hall, nearly 20 local officials and a few residents had an open discussion with Rizzo about their problems and perceptions with this relationship.

“The plans that were developed by boards that did a good job in public engagement tended to stand the test of time,” said Rizzo, citing his career in local government and community development in Dane County. “There were a number of examples where town boards would make decisions in a vacuum based on the ability to force certain ideas through and looked at public engagement as a necessary evil. The public got angry because they felt they got left out so they exercised their voting power and voted some of these people out of office.”

In Door County, that anger bubbled into a recall election in 2002, when the $20 million plan for a new justice center was approved. A recall election ousted 15 county board members citing a lack of public input as the reason for the upheaval.

Rizzo’s presentation was co-sponsored by the Door County Civility Project and Rizzo explained that his whole career in local government started with this search for civility.

“I really focused initially on civility,” said Rizzo. “I’ve evolved the way that I think about this stuff. The issue wasn’t really civility as much as it was how to practice democracy effectively. I look at all of the things that I do as really focusing on the art and practice of making decisions.”

Most in attendance sat on municipal boards, commissions and committees. Rizzo opened the discussion to their experiences in dealing with the public. The common refrain was communication and the feeling that the public is left out of the decision-making process.

“An important topic will come up and a motion is brought to the floor,” said Valerie Carpenter, Washington Island town clerk, describing her attendance at municipal meetings. “Everybody is just sitting there… there was no discussion so it leads people to believe that they have already discussed this outside of the meeting.”

“Are we as the boards not communicating enough ahead of time with the public?” asked Lisa Bieri, member of Jacksonport’s Plan Commission. “We put out an agenda that’s three lines and then we put out minutes. Do the entities need to make an effort to communicate more to engage the public more before those decisions come to the eleventh hour?”

Local officials at the presentation tended to agree that the eleventh hour is typically where the loudest opposition shows up.

“A lot of local officials point out that a finance committee will meet 11 times throughout the year talking about the budget. All these meetings are public and open and nobody shows up until you get to the budget meeting at the end of the year,” said Rob Burke, department head of Door County’s UW-Extension. “They’re thinking this is the first time I’m hearing about that.”

County Board Supervisor Helen Bacon thought some of the burden to educate must fall on the citizens.

“If you want to know, it’s your responsibility to look for it,” said Bacon, explaining that not many people pick up newspapers anymore to learn about upcoming meetings. “So that communication thing is also changing in how we communicate.”

“Both sides have to work a whole lot harder than they do, public and the officials,” said Susan Kohout, county board supervisor.

“Municipal officials are more accessible than their federal or state counterparts. Legislation moves more quickly, and, when it comes to investment in local outreach, you get more bang for your buck,” wrote the Public Affairs Council in 2015. “Voters are less cynical about local government than they are about state and federal government.”

Rizzo said that one of the reasons people tend to trust in local government more is because most of the issues are practical and issue-based. Counties, towns and villages don’t deal with the difficult ideological and political questions.

“When I have these workshops, one of the first questions I ask is, how is attendance? Usually the response is when there is a difficult issue, they’re full. Nobody shows up unless they’ve got an issue,” said Rizzo.

This participation in democracy is the biggest hurdle for local governments to overcome if they want to earn public approval. Voting is the absolute least that a citizen can do to be involved in public decisionmaking and, with less than half of the population showing up to the ballot box, there is a lack of representation from more than half of the public.

“Everybody has a public role and if people aren’t willing to accept those roles, democracy is not going to work,” said Rizzo. But he recognizes that not everyone is going to come play at the public forum. It does take some level of reaching out by local governments.

“Mostly what we do in local government is give people opportunities to reach in. They have to come to our turf,” said Rizzo. “If we want to make decisions that are informed by public opinion, we’re not going to get that by sitting around and waiting for people to come.”

Not every issue deserves that kind of attention and officials should act accordingly. A routine adoption of a resolution or nominal budget item may not need awareness campaigns and listening sessions, but contentious issues require some sort of outreach.

In creating an outreach effort, Rizzo warned about the inevitability of framing an issue through a certain lens.

“Can water quality be framed as a natural resources issues?” Rizzo posited as an example. “Public health issue? Recreation issue? Economic development issue? That issue can be framed in a variety of ways and who frames it and how it’s framed determines how that issue lives its life in the community… It puts the public at a disadvantage because they’re not involved in the framing.”

In the end, the success of democracy rests on good information about controversial issues and public involvement in the decisions that are based on that information.

“Residents need good information because if they don’t have enough information, how can they find out where their interests are? How can they make an informed choice?”