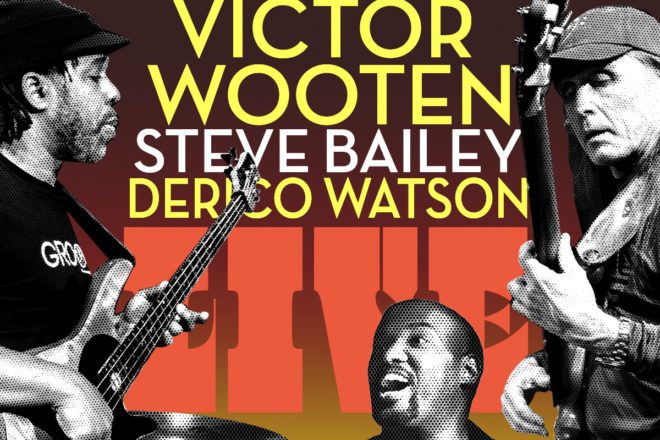 A preshow lecture, demonstration and Q&A with Wooten is scheduled that day at 4 pm. The session is free to ticket holders, but advance registration – accepted on a first-come, first-served basis – is required because capacity is limited.

Now a five-time Grammy winner with many acclaimed solo albums, Wooten first hit the worldwide scene in 1990 as a founding member of the supergroup Béla Fleck and the Flecktones. He’s also become renowned as a musical thinker, and his book, The Music Lesson, is taught in elite institutions such as Stanford University and Berklee College of Music. In 2011, Rolling Stone named him one of the top 10 bassists of all time.

Bailey is a pioneer of the six-string, fretless bass whose techniques are studied around the world. He’s played and recorded with Dizzy Gillespie, The Rippingtons, Jethro Tull, Paquito D’Rivera, Larry Carlton and Willie Nelson, among others. Watson, an accomplished educator and clinician, has performed and/or recorded with artists such as Cece Winans, George Duke, Jeff Coffin, Prasanna, Tommy Sims and Ken Reynolds.