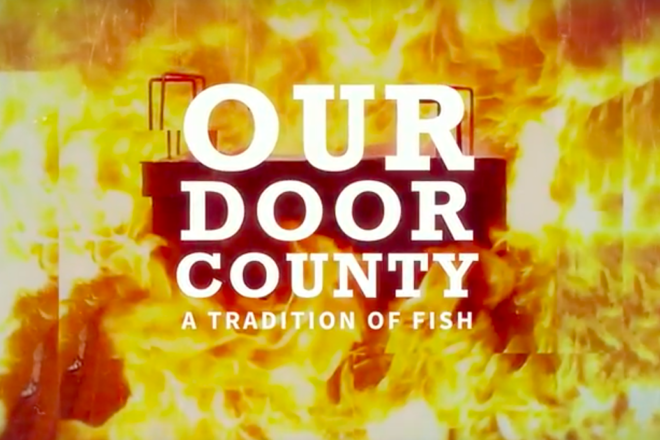 It’s part culinary tradition, part performance, and part spectacle. The Door County fish boil has been fascinating visitors for more than 50 years, but its roots as we know it today go back to the first white settlers of the Door Peninsula. In this episode of Our Door County, we explore the history and tradition of the fish boil.

Though Native American settlers practiced their own version of the fish boil, the modern version prepared in Door County has its roots in the late 1800s. That’s when a large migration of Scandinavian immigrants brought their version of the tradition to the area. With a seemingly endless supply of whitefish in Lake Michigan, the fish boil was an efficient and economical way to feed large crews of lumberman that were busy clearing the native forests.

For decades to come the tradition was passed down through churches and family gatherings, but it didn’t become a tourism staple until 1961, when Lawrence and Annette Wickman began the modern version at The Viking in Ellison Bay, and the White Gull Inn did the same with their own recipe in Fish Creek.

Today that tradition continues at several local restaurants. These carriers of the torch still use fresh, locally caught Lake Michigan whitefish and continue to provide a spectacle of storytelling and showmanship, capped with the famous boil-over that sends flames high into the air and elicits oohs and ahhs from crowds of hungry travelers.

“Other areas of the country have fish boils, but they don’t do them the same way we do,” says one of the storytellers from the Rowleys Bay Resort version of the Fish Boil experience. In the northeast they’ll do lobster boils, in the Deep South they’ll do crawfish boils, but the whitefish boil as it’s done in Door County is a unique experience.

It’s not uncommon for locals to celebrate weddings, graduations, and community gatherings with a Door County fish boil, a simple plate of whitefish, onions, and potatoes connecting today’s families to those who came more than a century before.