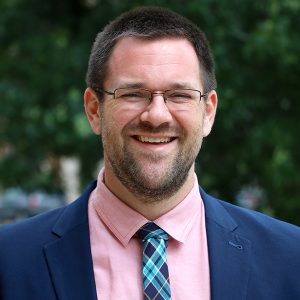 Parking has risen to the top of the list of problems to address in the Village of Egg Harbor. At its June 10 village board meeting, village President John Heller said a lot of options have been presented in a newly released parking study.

“We’re really hustling to come up with some solutions,” he said.

Help in solving the problem might also have been presented at the meeting. Village Administrator Ryan Heise had invited Gavin Luter, managing director of the UniverCity Alliance at the University of Madison-Wisconsin, to explain the program.

Luter said the UniverCity Alliance connects local governments – from single municipalities to entire counties – with UW resources. The governments apply for admittance into the program by proposing a series of projects it hopes to undertake. If accepted, those projects are given to students who are involved in coursework that matches the scope of the projects, and the students come up with ideas and solutions.

Luter said requests for proposals are open through July 29. Once accepted, the entities enter into a three-year partnership. There is a cost – $20,000 to $30,000 – but Luter said the alliance is flexible about that.

One intangible benefit, he added, is that even though the partnership is for three years, the connection between the local government and the UW doesn’t end there.

The board voted to have Heise come up with a list of issues to work on with UniverCity Alliance – and parking be on that list – in order to submit an application before the July 29 deadline.

• Approved formation of a subcommittee that would meet twice a year to deal with arts donations to the village.

• Learned that the Utility Committee is looking at several major updates for the wastewater treatment plant, at both the main plant and the lift station at the beach. Committee Chair John Heller said it would be a two- to three-year project, and although exact costs have yet to be determined, he estimates it will be $3 million to $5 million.

• Learned that the Kress family has made up a $10,000 shortfall for the $26,000 fireworks display planned for the Fourth of July.