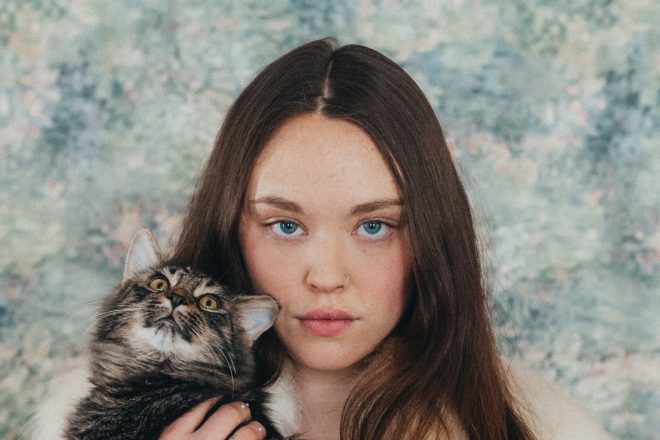 Like musicians around the world, some of Door County’s local favorites – including Genevieve Heyward (above) and Katie Dahl – have been giving virtual concerts. We talked to them to find out why such concerts are so important right now. Photo by Melissa Greenwood.

A Q&A with Musicians Genevieve Heyward and Katie Dahl

Although essential workers are still out in their respective fields, much of the workforce has transitioned to working remotely. Restaurant workers, photographers, artists, writers, retail workers and musicians are also finding creative ways to produce some income with the help of their loyal fans.

Like famous musicians around the world, some of Door County’s local favorites – including Genevieve Heyward and Katie Dahl – have been giving virtual concerts. We talked to them to find out why such concerts are so important right now.

This interview has been edited for style, clarity and length.

Celeste Benzschawel (CB): Why is this time so tough for musicians like you?

Genevieve Heyward (GH): Our careers rely on human contact. A lot of my income comes from live shows, and because there are so many venues shut down, that means no live shows. I’m lucky that I didn’t have a spring tour scheduled, but I have had some important shows canceled, and I’m expecting more to be.

My heart goes out to all the artists who have had to postpone or cancel tours due to COVID-19. There is a tremendous amount of work that goes into scheduling shows, promoting and rehearsing, and when that all comes to a screeching halt, it’s confusing and scary. The music community has really come together, and we’re all working through this one day at a time.

Katie Dahl (KD): I think this time is hard for everyone, and because I have a safe home and a healthy family to hunker down with, I think it’s easier for me than it is for many. But it’s definitely hard! We musicians are part of the gig economy, so normal unemployment and severance rules don’t apply to us, and we pay for our own health insurance.

A lot of my job as a touring musician is to plan a long time in advance to set up gigs, advertising and travel arrangements. That not only means that I’ve already put quite a number of hours into the shows that are now canceled – I was supposed to leave on a three-week tour to the East Coast – but also that I’m trying to book shows now for a future that is still very uncertain.

I’m also realizing just how deep a connection I feel to audiences at live performances. I’ve been performing professionally for 12 years now, and I realize I’ve sometimes taken for granted the beauty of a live show.

CB: Why do virtual concerts?

GH: I think virtual concerts are extremely important. It’s a way to keep music alive, because after all, it is a coping mechanism for many people. It’s a way for artists to keep their creativity alive and to fill the part of their soul that makes them a performer. I also think it’s something to look forward to – not only for the viewer, but for the artist.

I’ve started scheduling livestreams on Wednesday and Saturday nights. It feels good to have something that I need to work at that’s not just benefiting me. It’s also been a great opportunity to promote merchandise, online streaming and even virtual tipping. It’s the best way to directly support musicians during this time.

KD: I had done only a couple virtual concerts in the past, but a couple weeks ago I found myself stranded in Amsterdam after a European tour was canceled. We’d crossed the ocean with our guitars, only to find all of our gigs canceled. We figured we might as well play for our friends and fans back home who’d been anxiously checking in on us, as well as for the folks in Germany and the Netherlands in whose towns we’d been planning to play. We billed it as The Cancellation Concert.

CB: Have you come up with any other ways to make up for canceled shows and a loss of income?

GH: Livestreamed shows have been huge and so helpful. I’m definitely not making even close to what I’d be making if I could play shows right now, but I’m not traveling as much either.

People have been extremely generous and so supportive. I have to be honest: At first I felt funny asking for “virtual tips” while doing a livestream, and it’s always a little awkward to ask for donations. After the first one, I was so surprised to see the number of people who wanted to help.

KD: From my hotel bed in Amsterdam, I launched a Patreon page in order to help give me a little bit of reliable monthly income. In exchange, I post little extras – downloads of new songs, sneak peeks, behind-the-scenes content. That’s a big help, and it feels like it gives me a way to interact with fans and friends when I can’t see them in person. The other thing I’ve done is to set up online tip jars on Paypal and Venmo. I’ve been blown away by everyone’s generosity.

CB: When did you do a virtual concert(s), and how was that experience? Was it fun? Was there less pressure, or more?

GH: I did my first one two weeks ago, and I was pretty nervous. Maybe nervous isn’t the right word, but it felt really weird. I hadn’t done many livestreams in the past, so it was a whole new ball game. I had been watching other artists do them and wrote down some ideas before deciding to do my own. It took me a second to find the flow. I think the biggest challenge was not being able to see any in-person reactions after a song, but knowing that people are watching.

There is also a sense of intimacy that you don’t get at live shows. First, I’m in my own house, and second, the viewer can comment and react directly to the artist. It’s fun to be able to answer questions and requests that I feel like I wouldn’t get asked in person. Commenting and sharing are essentially virtual applause. It makes me very happy to see while doing livestreams.

KD: In addition to The Cancellation Concert from Amsterdam, I played a virtual house concert last week – organized by a friend who promoted it to her friends and neighborhood, and they paid a ticket price to “attend.”

There were more than 100 people on the Zoom feed – it was pretty incredible. On the set break, the guests chatted with each other, and it felt like real, live mingling. You could really feel how much people missed their neighbors. During parts of the concert, I was able to see the audience’s faces, and we did a question-and-answer session afterward. That felt like a wonderful little dose of community and togetherness.

CB: Have there been any other musicians you’ve enjoyed tuning in to?

GH: Yes! I’m a big fan of Andrew Combs, who does some really great, raw livestreams. My pals Little Stranger are a blast to watch, and my girl Tae is such an incredible talent.

KD: So many people are putting on great concerts. During the last week, I’ve watched some of my favorite friends and heroes online, including Birds of Chicago, Peter Mulvey and Susan Werner. And I loved Door Community Auditorium’s Spring Training series, which featured a livestreamed concert every day for three weeks.

I’ve come to believe that the online concert is a great equalizer. Even the famous people have to rig up their own technology and reveal their own homes to the world. Turns out, every one of us is just a human being facing a time of great uncertainty.

CB: Has this time been inspirational for writing?

GH: Yes, extremely. I was feeling a little down a couple weeks ago with our new reality, but I’ve been trying to make the best of it. Due to the down time, I’ve been able to focus on my mental and physical health, and it’s a lot easier to create when you’re able to get plenty of sleep, exercise and a fairly healthy diet.

KD: You know, it actually has. I scoffed at folks who talked at the beginning of this pandemic about it being inspirational because I often find “inspiration” to be an elusive myth. But I think having everything change around you all of a sudden can be really illuminating.

When I was in quarantine after returning from Europe – away from my husband and son – I wrote a song called “I Already Knew,” which is all about the ways in which this pandemic is reflecting some deep and hard truths that we all knew before, but are now having to confront.

I recorded a demo and sent it off to my friends Eric Lewis and Sue Demel, who added vocal and instrumental tracks from their own quarantine chambers. Then I made a music video of myself writing out the lyrics, a feat I accomplished by literally taping my phone to my head to film.

The tricky thing about inspiration, though, is that inspiration doesn’t mean anything unless you have the time to form that inspiration into a finished work. And as the parent of an energetic four-year-old who’s stuck at home for the foreseeable future, time is in short supply.